Efficacy of Yakson touch and kinesthetic stimulation on the behavioral development, pain and vitals of pre-term neonates during critical care stay: A randomized controlled trial.

Background: Premature infants are susceptible to various sources of stress that is compounded by stays in critical care units. The evidence to recommend stimulation to reduce such stress in neonates is limited. Purpose: Determine effects of intervention. Methods: 64 pre-term neonates were randomized into two groups. One group received kinesthetic stimulation including the Yakson touch technique in addition to standard care while the other received only standard care. Primary outcome measures were the differences in the sleep-wake pattern and vital parameters and the secondary outcome measures pain response of preterm. ABSS and PIPP are between baselines and immediately after an invasive procedure. Analysis was per protocol. Result:58 neonates completed the trials and were analyzed. In the intervention group, ABS score change from 54.8% (pre-test) to 64.4% (post-test) for sleep and 45.2% (pre) to 35.5% (post) for awake in experimental group. 70.4% (pre) to 11.1% (post) for sleep and 29.6% (pre) to 88.9% (post) in control group. In PIPP the p=0.73 for control group and p=0.001 for the experimental group. The behavioral status in experimental group with the p-value=0.001(<0.05). The heart rate p-value of 0.001(<0.05), the respiratory rate the p-value=0.005(<0.05); in oxygen saturation p-value 0.02(<0.05) Conclusion: The intervention has significant effect on management of sleep-wake pattern, stabilization of the vitals (heart-rate, respiratory-rate and oxygen saturation) and minimization of pain during the heel-prick. Implications for Practice: Neonatal nurses can Practice for early improvement in different aspects of pre-terms. Implications for Research: Studies can be conducted for neuro-behavioral improvement by using this therapy.

Pre-terms infants have incomplete physiological and behavioral development. Primary needs of infants are manifested through different behaviors and responses [1-2]. Pre term has so many adjustment problems soon after the delivery.

The external world is a source of major stress. This is made worse when they are admitted to Neonatal Intensive Care Units (NICU) with various hazardous stimuli such as lights, sounds, and invasive procedures performed for diagnostic and therapeutic purposes [1]. The striking difference between the intrauterine environment and the NICU is obvious. The sensory impact of the NICU has been postulated to adversely influence the neuro-developmental outcome of the preterm infants [1-3]. Therefore finding new methods to reduce stress in preterm infants in NICU is a notable issue in the field of nursing care.

Kinesthetic stimulation techniques including the Yakson touch have proven effective in minimizing the complications and disabilities of preterm delivery. Yakson is a Korean therapeutic touch which is given to the infants and neonates by putting one hand on the back and caressing by the other hand [4]. Other kinesthetic stimulation includes the passive movement of all the extremities singly and then together [5-7]. The Yakson touch includes the use of warm hands, gentle touch without pressure and slow movement of the hands, which are appropriate for the preterm infants [3-5].

The Yakson therapeutic touch has been shown in some studies to have an effective role on neonate’s vitals, pain and behavioral response. However, a Cochrane meta-analysis has stated that the evidence is still incomplete. There is an unmet need to augment the evidence base with further studies from low and middle income countries that still have high rates of neonatal mortality and morbidity [8].

Thus, this randomized control trial was carried out to determine the effects of yak son therapeutic touch followed by kinesthetic stimulation on behavioral response, vital parameters and pain response in preterm neonates [9].

All the preterm babies admitted in an NICU of a teaching hospital in Odisha were assessed for inclusion. All neonates with low birth weight (≥ 1500 g and ≤ 2499 g), aged 26-37 weeks who were under doing any invasive procedure like heel prick were includes. Neonates on ventilators or on pressor agents, those with congenital anomalies or who had any surgery were excluded.

Enrollment of samples was done according to the inclusion criteria. The simplerandom sampling method was used by taking computer assisted randomization Table. The subjects were assigned according to their bed no. The no.1 was the indicator for experimental group and no.0 was for the control group. Though it was a thesis work the data collection was done for a period of 3 month and totally 64 samples were enrolled for this study.

Statistical analysis was done by using descriptive statistics for demographic variables and parametric test (independent t-test and paired t-test) to compare the variables for pain, sleep wake cycle and vitals (heart rate, respiratory rate and oxygen saturation) of pre and post score in between two groups by using SPSS-20.

As in this study the participants were human subjects, the clearance has been taken from the Ethics committee of Kalinga Institute of Medical Sciences, KIIT Deemed to be University, Bhubaneswar, Odisha. The entire study was done as per the latest ethics recommendation of the Helsinki Declaration. The trial was registered under the clinical trial.gov with registration no CTRI/2019/04/018817. Informed written consent had taken from the parents of the babies before the enrollment of the trial.

Anderson Behavioural State scale (ABSS), Premature-Infant- Pain-Profile scale (PIPP) and the existing vitals(heart-rate, SPO2 and respiratory rate) was first assessed. Universal precautions were maintained and sterile conditions were taken. In the experimental group, Yakson therapy followed by kinaesthetic stimulation of the limbs was given 5 minutes prior to starting the painful procedures like heel-stick and routine screening.First both the hands were warmed with a radiant warmer. With the neonate being in supine position, Yakson therapy was administered for 15 minutes. This wasdivided into resting the hands, caressing gently, and further resting the hands, each lasting for 5 minutes.Fingers and palm of the therapist was in constant contact with literally no pressure on the infant.

Resting the hands for 5 minutes on the chest and abdomen of the neonate, with the other hand supporting the back, caressing was carried out in the same position of the hands for 5 min.In kinaesthetic stimulation there were 6 passive movements each of the movement lasted for approximately 10 seconds. The movements were done by the following order: Right arm, left arm, right leg, left leg, and both legs simultaneously involving the full range of motion in major joints such as shoulder and hip joints [10]. The control group received only routine care. The post test was done in both groups after the heel-stick and routine screening test using the same Scales. The calculated p-value was 0.02(<0.05) which shows statistically a little significant in posttest after intervention (Table 4 and Figure 2). Figure 2: Percentage of pain scores in experimental and control group. Parasar and others conducted a study on Yakson touch and kinesthetic stimulation on the development of the high risk neonates in neonatal Intensive care units: A randomized control trial. The aim of the study was to investigate the efficacy of Yakson touch in combination with kinesthetic stimulation on the development of high risk neonates.There were no significant differences between the groups (p>0.05) but large effect size index was seen in the experimental group. Eshghi et al. conducted a study on Effects of Yakson therapeutic touch on the behavioral response of premature infants. This study aimed to compare the effects of Yak son therapeutic touch and routine nursing care on the behavioral response of premature infants. This quasi?experimental study was conducted on 60 premature infants aged 26?34 weeks, admitted at the neonatal intensive care unit.The mean scores of ABSS in preterm infants of the intervention and control groups were 4.83 ± 0.14 and 10.63 ± 0.14, respectively. Moreover, there was a significant difference between the scores of behavioral response after the intervention between the groups (p=0.001).

Thankful to research and ethical committee (KIMS, KIIT DU IOE) for allowing me to conduct this study in NICU set-up, Received the grant from CTRI with registration number “CTRI/2019/04/018817”. 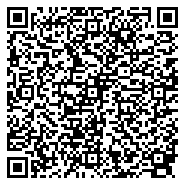