Effectiveness of a formulated product (Gold Lotion) in improving the quality of life (QoL) of oncological cats: preliminary results.

In the last years many scientific veterinary reports highlighted the pivotal role of nutrition also as a support in animals before surgical, chemotherapy and radiotherapy interventions. We aimed to evaluate the effectiveness of a dietary supplement named Gold Lotion (GL, 4 mL day for 6 months) as adjuvant of current pharmacological therapy in 18 cats affected by different tumors (digestive system lymphoma, carcinoma and cutaneous fibrosarcoma). Metabolic profile and oxidative stress parameters of cats resulted significantly improved after 6 months of GL supplementation (*p<0.05, **p<0.01). The combined use of GL and pharmacological therapy not only significantly ameliorated digestive and hepatic functionality of all cats and reduced the overall overload of free radicals but also improved their quality of life (QoL). Unfortunately the life span expectancy did not improve and all cats died few weeks later after GL supplementation interruption due to metastases spread and a consequent clinical condition severe worsening.

In the last years many scientific veterinary reports highlighted the pivotal role of nutrition to preserve physiological homeostasis [1], prevent secondary metabolic diseases [2] and neoplastic cachexy [3] as well as support animals before surgical, chemotherapy and radiotherapy interventions [4]. Another important element of the nutrition is represented by dietary supplements [5]. Despite the increasing use dietary supplements in pets only few scientific evidence of their efficacy have been described so far [5,6]. Among the emerging dietary supplements used in the oncological veterinary practice there are flavonoids [7], which are polyphenolic compounds mainly present in citrus fruits [8].

We firstly propose the use of GL as adjuvant of current pharmacological therapy (e.g. corticosteroids) [13] in 18 cats affected by different tumors (digestive system lymphoma, carcinoma and cutaneous fibrosarcoma). Moreover, we evaluated the overall oxidative stress of cats, which is generally observed in oncological patients, to ascertain also the possible antioxidant effect of the GL.

Cytological (fine needle biopsy), histological (incisional biopsy) and hematobiochemical were performed at the beginning and, for some of them, at the end of the evaluation. Cats were randomly and equally assigned to receive Lasparaginase (400 U/kg/once), vincristine (0.025 mg/Kg/ e.o.w.), cyclophosphamide (10 mg/Kg/e.o.w.), doxorubicin (1 mg/Kg/IV every 3 weeks) and/or prednisolone (2 mg/kg/day) or the same pharmacological treatment with Gold Lotion (4 mL/day) along with a standard commercial diet.

Blood samples were collected from each cat before and at the end of the evaluation period, after 6 months. Reactive oxygen metabolites (dROMs) and biological antioxidant potential (BAP), as indicators of disease-related oxidative stress, were measured by portable spectrophotometer on plasma samples according to procedure reported by Sechi [14]. Animal care was performed according to the national and international regulations (Italian regulation D.L.vo 116/1992 and European Union regulation 86/609/EC).

After 3 weeks of treatment an overall significant decrease of the use of prednisolone and was observed for all cats. Interestingly, no signs of neoplastic lesions and clinical conditions worsening were observed in all cats. As shown in Figure 2, hematobiochemical analyses resulted significantly improved in the cats that received the pharmacological treatment along with Gold Lotion.

We also evaluate the oxidative stress parameters trend to evaluate the antioxidant activity of flavonoids and polymethoxyflavones present within Gold Lotion (Figure 3).

Figure 3: Graphical representation of oxidative stress parameters of cats before and after 6 months of therapy administration. (A) Reactive oxygen metabolites (dROMs) and (B) biological antioxidant potential (BAP), *p<0.05.

The combined use of GL and pharmacological therapy allowed all cats to ameliorate their digestive and hepatic functionality but also to reduce the overall overload of free radicals, which typically characterizes cancer [15]. Moreover, the GL supplementation avoided the rapid nutritional decay that frequently undermines oncological patients [16,17] thus improving the QoL of cats, nevertheless all cats died few weeks later after GL supplementation interruption due to metastases spread and a consequent clinical condition severe worsening. It is worth noting that GL taste was not always accepted by some of the cats, which therefore received it by means of a syringe without the needle.

Last but not least the significant reduction of dROMs and the significant improvement of BAP values (P<0.05) observed in cats, which received the GL clearly demonstrated the ability of the dietary supplement to reduce oxidative stress that typically characterize oncologic patients and indicated a prompt response of their organism to counteract such condition. We can conclude that GL can be considered a valuable adjuvant in current pharmacological therapy of some feline tumors with poor prognosis to improve the QoL of the time before dying. 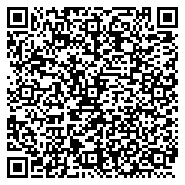