Time of sowing is very important for mustard production. Optimum sowing time plays an important role to exploit the genetic potential of a variety as it provides optimum growth conditions such as temperature, light, humidity and rainfall and it determines the length of growing season, time of flowering and also it has a great influence on dry matter accumulation, plant height, leaf area and leaf area index. Changes in sowing time expose the crop cycle to different environmental conditions, and thus modifying the duration of phenological phases. Phenological alterations are mainly due to photoperiod and temperature changes which affect some plant structures (e.g., number of leaf primordia and rate of leaf emergence), crucial for crop phenology. Delayed planting, unfavourable weather conditions during the flowering period, fertilization and pod formation can cause a decrease in duration of maturity period

Rapeseed and mustard are the major oilseed crops, traditionally grown everywhere in the country due to their high adaptability in conventional farming systems. Rapeseed-mustard a group of crops contributes 32 per cent of the total oilseed production in India, and it is the second largest indigenous oilseed crop after groundnut. Out of 72.37 million tonnes of estimated rapeseed-mustard produced over 36.59 million hectare in the world, India produces 6.26 million tonnes from 6.58 million hectare with 952 kg ha-1 productivity [1]. India is the third largest rapeseed-mustard producer in the world after China and Canada with 12 per cent of world’s total production. India holds a premier position in rapeseed-mustard economy of the world with 2nd and 3rd rank in area and production, respectively. Due to the gap between domestic availability and actual consumption of edible oils, India’s cooking oil imports will continue to grow at a high growth rate of 3.4% per annum till 2030 due to growing urbanization and changing dietary habits with a shift towards highly processed foods with high content of vegetable oils [2]. The research findings in India and other Rapeseed- mustard growing countries in recent years for the effect of date of sowing on phenology of rapeseed and mustard are reviewed and presented in this article.

Effect of date of sowing on growth and growth components

Pavlista reported that seeds of brown mustard (Brassica juncea cv. Arid), canola (B. napus cv. Hyola 401) and camelina (Camelina sativa cv. Boa) planted at the earliest date (24th February) did not emerge until after 3 weeks after planting but full emergence occurred by 3rd week after planting when planted on 24 March and 3 April and concludes that emergence occurred sooner as planting was later [3].

Days taken to maturity: It has been reported that the maturity period of rapeseed became gradually shorter with the delayed sowing [9,10]. Bhuiyan recorded that early plantings of rapeseed required longer period to mature and delayed sowing reduces time to mature [5]. From 15th October onwards, a 12 day delay in sowing reduced the life span of the crop by 11 days and a 28 day delay reduced the life span by 16 days [11]. The longest period to mature (95 days) was required by the plants of 15th November sowing and it was followed by the second (25th November) and third sowings (5th December) [6]. Hokmalipour reported that first sowing date (30th March) reached to maturity later as compared to other sowing dates (14thApril, 29th April and 14th May) [12].

Singh conducted a field trial at Faizabad (Uttar Pradesh) and recorded higher leaf area index (LAI) recorded higher under 14th October sowing as compared to 29th October, 13th November and 28th November sowing [11]. A field experiment was conducted by Panda at Indian Agricultural Research Institute, New Delhi and reported that delayed sowing beyond 16th October reduced the leaf area per plant as well as leaf area index [15]. Sowing during second fortnight of September recorded significantly higher leaf area (392.0 and 911.1 cm2 per plant) as compared to first fortnight of October (385.0 and 894.0 cm2 per plant) at 30 and 60 DAS, respectively reported by Iraddi [17]. 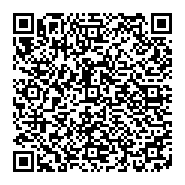