Objective: To investigate the relationship between the various risk factors and Vascular Endothelial Growth Factor (VEGF) expression in the precancerous lesions of gastric cancer.

Methods: The patients with PLGC confirmed by gastroscope and pathology results were collected. The expression of VEGF was detected by immunohistochemical. The relationship of the expression of VEGF with smoking, drinking, diet condition of patients, personal history, and family history of Helicobacter pylori (H. pylori) infection was analysed.

Gastric cancer is the 2nd most common cause of death among all cancers and is the 4th most common cancers in the world. The number of deaths due to gastric cancer is about 800,000 annually [1]. The initial diagnosis of gastric cancer is often delayed because most patients are asymptomatic in the early stage, so unfortunately, gastric cancers are usually diagnosed at their advanced stages [2]. With the rise in endoscopic utilization, driven in large part by individuals being screened for Gastroesophageal Reflux Disease (GERD), the detection of precancerous gastric lesions has increased [3]. Currently, management of gastric precancerous lesions varies from surgery to annual surveillance for dysplasia [4,5] and from no treatment to surveillance every 3 to 5 y for less advanced lesions [6,7]. Prevention and delay of Precancerous Lesions of Gastric Cancer (PLGC) is an important way to reduce the incidence of gastric cancer, but the mechanism of malignant transformation of gastric mucosa is not yet fully understood, the prevention and treatment of precancerous lesions is not ideal. Vascular Endothelial Growth Factor (VEGF) is associated with the occurrence [8], development and prognosis of gastric cancer, which is one of the factors involved in the process of gastric mucosal evolution with relatively thorough study, however it is relatively rare in the study of precancerous lesions and its relationship with the risk factors of gastric cancer has not been reported. This study aims to explore the relationship between PLGC risk factors and VEGF expression and to understand the pathogenesis of different risk factors to help us develop better clinical intervention programs.

120 cases of patients with intestinal metaplasia and heterosexual hyperplasia treated in Department of Gastroenterology, Hebei North College Affiliated Hospital from December 2012 to December 2013 were selected for this study, and the individual situation was asked. The patients with severe cardiovascular, cerebrovascular, liver and kidney disease, cancer, blood system diseases and stomach surgery history were excluded. Among 120 cases of PLGC patients, 68 cases were males and 52 of females, aged from 35 to 72 y old with the median age of 58.9. Case-control study was applied in this research, and subjects were categorized into VEGFnegative group and VEGF-positive group.

(1) Gastric mucosal biopsy specimens were fixed in 10% formaldehyde solution, embedded and sliced with conventional paraffin, the immunohistochemistry was used for VEGF detection (mouse anti-human VEGF monoclonal antibody from Beijing Zhong Jin Jinqiao Biological Co., Ltd.). The professional pathologist read the pathological sections to judge. (2) The risk factors included in this study were smoking (average more than 5 cigarettes daily and smoking more than 1 year), drinking (more than 2 times per week and more than 500 ml of beer or 250 ml of rice wine or 50 ml of white wine at one time); high salt diet (daily salt>6 g); regular consumption of baked food (average more than 2 times per week), aspirin and other non-steroidal anti-inflammatory drugs that use for more than 3 months; tumor family history, including one, two, thirddegree relatives investigated in the case of gastrointestinal cancer cases); H. pylori infection history. Patients were enrolled in a questionnaire. (3) If the risk factor above occurred, it will be assigned to 1, if not, it will be assigned to 0.

The study was carried out in compliance with the Declaration of Helsinki of the World Medical Association, and according to a protocol approved by the Ethical Committee of Hebei North College Affiliated Hospital, the approval number is 2012006. The objectives of the study were explained to the study participants and verbal consent was obtained before interviewing each participant.

The results indicated that five risk factors were included, such as smoking, bile reflux, family history of cancer, history of chronic atrophic gastritis and H. pylori infection. There were significant differences between VEGF-negative group and VEGF-positive group (P<0.05). The differences in the drinking, high-salt diet, regular consumption of baked food and long-term aspirin between the two groups were not statistically significant (P>0.05, in Table 1).

Table 1. Effects of different risk factors on the expression of VEGF in PLGC.

PLGC, including gastric mucosal metaplasia and heterosexual hyperplasia [10], is the key to the occurrence of gastric cancer. However, the current mechanism of precancerous lesions evolved into gastric cancer is not clear. Studies have shown that VEGF is more clearly involved in the process of gastric mucosal evolution, and related to the occurrence, development and prognosis of gastric cancer. From understanding the correlation between different risk factors and high expression of VEGF, we can develop effective preventive measures and find effective means of intervention. Previous studies have found that poor eating habits increase the risk of PLGC, including smoking, drinking, high salt diet, regular consumption of baked meat, family history, chronic atrophic gastritis personal history, H. pylori infection, etc. [11,12].

In this study, smoking was a risk factor to induce the high expression of VEGF in precancerous lesions. The difference of univariate analysis was statistically significant and the OR value for multivariate logistic regression analysis was 3.386. Smoking had different effect on the expression of VEGF by report. In China, Wang et al. [13] found that smoking can induce VEGF expression increased, while Berent et al. [14] reported that VEGF expression was not affected by smoking. This study showed that smoking is a related risk factor, suggesting that smoking through the VEGF pathway to promote gastric cancer. There was no significant difference in drinking by single factor analysis, which was not a risk factor for high expression of VEGF in precancerous lesions. Lu et al. [15] found that alcohol can promote the growth of breast tumors by stimulating VEGF-dependent angiogenesis. Tan et al. [16] demonstrated that long-term drinking will stimulate the expression of VEGF, promote tumor angiogenesis, and related to the amount of alcohol intake, and the results of this study is inconsistent, the reason, the study may not be the type of alcohol consumption of patients classified and other factors. At the same time, high-salt diet, regular consumption of smoked roasted meat without food, indicating that it may be through other factors to promote gastric mucosal malignancy, rather than VEGF.

Individual cases include aspirin administration and other nonsteroidal drugs, bile reflux, chronic atrophic gastritis personal history and H. pylori infection. Among them, the difference between univariate analysis for aspirin and other non-steroidal drug was statistically significant. The study reported [17] aspirin had anti-proliferation and anti-apoptosis effect on myeloma cells in vitro by the regulation of Bcl-2 and Bax pathway to inhibit VEGF expression. In this study, we found that there was statistical significance in bile reflux, chronic atrophic gastritis history and H. pylori infection by a single factor analysis, but the multivariate logistic regression analysis showed that the history of chronic atrophic gastritis is not the risk factor inducing elevated VEGF expression. Bile reflux and H. pylori infection are risk factors for inducing the high expression of VEGF in precancerous lesions. And deoxycholic acid had a stronger role in promoting the expression in esophageal cancer cells than ursodeoxycholic acid, suggesting that the bile salt has a stronger potential carcinogenicity [18]. H. pylori is a class I (i.e. affirmative) carcinogen of human gastric cancer. H. pylori infection is an important pathogenic factor that triggers PLGC, which is closely related to the occurrence of gastric cancer. H. pylori infection can upregulate the expression of VEGF in gastric cancer patients [19]. H. pylori infection may induce COX-2 high expression in PLGC, which further up-regulates VEGF expression [20]. Moreover, H. pylori induced VEGF production in gastric epithelial cells through hypoxia-inducible factor 1α (HIF-1α)- dependent pathways.

In summary, the results of this study suggest that smoking, bile reflux, H. pylori infection are risk factors for elevated VEGF expression in PLGC.

Several limitations of this study should be considered. Firstly, this research was a cross-sectional study; the mechanism involved in the interactive effect is still unclear. Further studies are needed to unravel this. Secondly, the sample size is not big enough. However, the study setting is a modern, high level comprehensive medical institution with sophisticated clinical diagnosis facilities and medical record management. Thus, the data used can be deemed reliable. 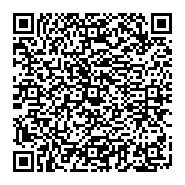