Effect of financial leverage on profit growth of quoted non-financial firms in Nigeria.

This study sets out to examine the effects of financial leverage on the profit growth in Nigeria using the total debt to capital ratio, debt to equity ratio, cost of debt, debt to asset ratio and long term debt to capital ratios as proxies for financial leverage for a sample of 80 non-financial firms quoted on the Nigerian Stock Exchange over the period of 2000 to 2015. Data were analysed using the panel data regression analysis model which includes the pooled regression model, fixed effect model and the random effect model. The choice of the appropriate model between Fixed Effect and Random Effect is made using the Hausman Test. In accordance with the research findings, we conclude that financial leverage has significant effect on the profit growth of firms in Nigeria and also that there exist a significant relationship between the inflation rate and profit growth but the relationship with the interest and exchange rates on financial leverage of quoted companies in Nigeria. The nature of the relationship differs from one another, a positive relationship was reported for the total debt to capital ratio, debt to asset ratio and long term debt to capital ratios and a negative relationship for the debt to equity ratio and the cost of debt. We therefore recommend that every company quoted in Nigeria find the mix of debt to equity capital that best suits them which can become their optimal capital structure to be able to maximize profit at minimal cost.

As firms experience growth, their requirement for capital tends to also increase, the capacity of the firm to finance its increasing demand through only internal financing may hinder continuous growth or make them shun growth opportunities. If the company decides to source for fund externally through debt or equity then leverage comes into play.

Profit is the essence of the existence of firms and it is essential for its growth and survival. It is the difference between the amount invested or spent and the amount earned from a business in a given period. In the process of generating more profit, companies use leverage (debt) for expansion and innovation which in term increases cash flows thereby increasing a firms return on equity [1].

Financial leverage is referred to the capacity of a firm to utilize borrowed fund. It is also the ability of a business to use fixed financial charges to magnify the effects of changes in EBIT on the earning per share and profits. It involves the use of funds obtained at a fixed cost in the hope of increasing the return to the shareholders in future.

The use of debt finance is advantageous to the existing owners since it represents the relationship between the earnings before interest and tax (EBIT) and the earnings available to shareholders. Equity holders keeps any extra profit generated by debt capital after interest payment given the same amount of equity investments, there is a higher return on equity from the additional profit provided by the debt capital through tax savings thereby keeping profit within the company. It also lowers the total financing costs since payments are made periodically and the principal repayment is at maturity making the risk lower as compared to equity capital. With all the advantages, leverage can also affect profit growth negatively through the payment of interest that reduces the available profit overtime.

Despite collective efforts and mounting academic interests, there is very little consensus on this particular matter. This study has become important since financial leverage increases fixed financial cost of firms and thus their financial risk. Although the issue of financial leverage has received substantial attention in developed countries, it is still an on- going research study in the developing countries so, we cannot generalize the results of the developed economies on the developing economies without any research. It is against this back drop that this study is geared towards examining the effect of financial leverage on corporate growth in Nigeria by using the Long term debt to capitalization ratio, Total debt to capitalization ratio, Total debt to Asset ratio, Cost of debt and Debt to equity ratio as financial leverage measures and also the inclusion of the inflation rate, interest rate and exchange rate variables in Nigeria using information obtained from eighty non- financial companies registered under the Nigerian stock exchange from 2000-2015 with data from audited annual reports of the companies, the Nigerian stock exchange fact book, central bank of Nigeria statistical bulletin and the IMF international financial statistics and data file.

The hypothesis to be tested will be the significance of the relationship between the profit growth and the financial leverage measures in Nigeria.

A number of theories have been proposed to explain the variations in debt ratios across firms but they are conflicting. The important reference theory originated from the pathbreaking contribution of Modigliani and Miller [2]. They are of the opinion that in a perfect capital market, the valuation of a firm is irrelevant to its capital structure, whether it is highly levered or has a lower debt component in its financing mix. Instead, leverage merely changes the allocation of cash flows between debt and equity without altering the total cash flows of the firm but in a real world, capital markets are not perfect.

The tradeoff theory that assumes that firms choose how to allocate their resources by comparing the tax benefits of debt with the bankruptcy cost thereof. This makes them to target an optimal debt ratio. It weighs the benefits of debt that result from shielding cash flow from taxes against the costs of financial distress associated with leverage.

The pecking order theory challenges the tradeoff theory contending that firms prefers a sequential choice of financing that varies from the internal funding to the external funding that begins with debt and lastly equity.

The agency cost theory predicts that conflicts can arise from the divergence of interest between the shareholders, debt holders and management. Managers may likely invest in non-profitable projects with negative net present value thereby creating the problem of overinvestment. Jensen and Meckling [3,4] suggests the introduction of debt to mitigate this conflict arguing that debt has the interest payment obligations which helps in reducing the amount of free cash available at the managers disposal for personal benefit than for the shareholders. The pecking order theory on the other hand due to asymmetric information assumes that insiders (managers) have more information concerning the firm value than the rest of the market. The theory shows that growing firms place a higher demand on internal reserves, and as Marsh (1982) posits, firms with high growth will have relatively high debt ratios.

Ibrahim and Akinlo [5] investigated the relationship between firm size, growth and the profitability of quoted non- financial firms in Nigeria using 115 companies that have ever been listed on the Nigerian Stock Exchange for the period 1998- 2012. The generalized method of moment results suggests that increase in profitability is the engine room of allencompassing growth. Transitively, profit has positive effect on growth while growth has positive effect on size.

Abdul and Badmus [6] studied the relationship between leverage and performance of Chemicals and Paints firms quoted on the floor of Nigerian Stock Exchange using a sample of 3 firms from 2000-2009. Return on Assets (ROA) was used as measure of performance while Equity (EQT) and Debt Ratio (DR) as proxies for capital structure. The results showed that EQT finance has a significant and positive impact on ROA but DR has a negative and insignificant relationship on the performance measure. It was therefore recommended that firms in the sector should be more of equity financed than debt by sourcing more of equity in their finance ratio and avoiding too many debts. This finding of this study is consistent with most of the empirical studies and provides evidence in support of Agency Cost.

Nawaz and Aamir [8], in an attempt to establish a stochastic relationship between financial leverage and Profitability of cement sector operating in Pakistan using 18 cement manufacturers from 2005 to 2010 consisting of 108 observations by applying the ordinary least square to establish a causal relationship between the variables, found that financial leverage has a statistically significant inverse impact on profitability at 99% confidence interval.

The model involves pooling all the variables over time and is given by:

The explanatory variables are fixed and the intercept varies from one company to another. It is given by:

Where the intercept could be represented thus:

This is also known as error correction model. Here the dummy variables in Equation 3.10a are expressed through error term or disturbance.

From the regression table 2 above, the F-value of each of the model was found to be significant with the value of (P<0.05), while the coefficient of determination is highest (63.5) in Fixed effect model and (46.1) in both the ordinary least squares model and random effect model. The significant F-value and R2 indicates an overall adequacy of the regression model. The relatively small R2 value could be attributed to repeated value due to several companies under investigation which indicates that only about 46.1%, 63.5% and 46.1% of the variation in the leverage ratios can be explained by the long term earning growth in Nigeria as explained by the Ordinary Least Squares model, Fixed effect model and Random Effect Model respectively.

Table 2. Mean and Standard Deviation of the Variables under study by Year.

The Durbin-watson and F-stat are significant, hence the estimated equation can be relied upon in making inference about the influence of the explanatory variables on the financial leverage of firms in Nigeria.

For ordinary least square, the value of the coefficient of long term debt to capital ratio (0.0424) implies that an increase in long term debt to capital ratio by 1 will lead to an increase in long term earning growth by 0.0424 when every other leverage variables in the model are held constant. Due to the short coming in the performance of ordinary least squares in modeling panel/longitudinal data, the two competing model that will be used to make inference to this work are the fixed effect model and random effect model.

In line with the findings of this study which revealed that financial leverage has significant effect on the growth measures and also the effect of the inflation, interest and exchange rates on financial leverage of quoted companies in Nigeria.

Therefore, the following recommendations are drawn from the conclusions of this study.

1. It is important that every company quoted in Nigeria find the mix of debt to equity capital that best suits them which can become their optimal capital structure to be able to maximize profit at minimal cost.

2. Financial decisions on profit growth for any firm should be made in consonance with the prevailing inflation rates at that time by the management of quoted firms in Nigeria. 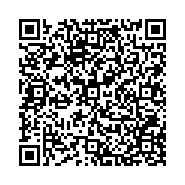