Effect of Diet on Mental Health.

As we see in the current global scenario, mental disorder particularly depression is the reason for highest burden of global disability. Despite an increase in the diagnosis and treatment of depression and anxiety, new data suggest that rates may be increasing rather than decreasing particularly in young people. One of major aspect which is sadly completely ignored till now is the role of dietary habits in mental disorders mainly depression.

As we see in the current global scenario, mental disorder particularly depression is the reason for highest burden of global disability. Despite an increase in the diagnosis and treatment of depression and anxiety, new data suggest that rates may be increasing rather than decreasing particularly in young people. One of major aspect which is sadly completely ignored till now is the role of dietary habits in mental disorders mainly depression. With the ever changing dietary habits, there is a marked increase in the consumption of sugars, snack food, take away foods and high energy foods and in the meantime diminishing consumption of nutrient and fiber dense foods. These changes are particularly obvious in younger cohorts [1].

Indeed the latest data from the Global Burden of Disease Study tells us that unhealthy diet is now the leading cause of early death. Unfortunately it is similar to using low quality fuel in an expensive car which will definitely reflects in its poor performance. Diets high in refined sugars are harmful to brain. In addition to worsening your body's regulation of insulin, they also lead to inflammation and oxidative stress. It is of paramount importance that if your brain is deprived of good quality nutrition, or if free radicals or inflammatory cells are circulating within the brain, further contributes to brain tissue injury, consequences are to be expected. Serotonin a neurotransmitter that plays an important role in mood disorders is maximally (95%) produced in our gastrointestinal tract. So it completely makes sense that the inner workings of our digestive system don't just helps in digestion but also guides your emotions. The production of this serotonin is highly influenced by billions of good bacteria that constitute our intestinal micro biome. In a comparison study between traditional diets and western diets; it is shown that the risk of depression is 25% to 35% lower in those who eat a traditional diet. This difference arises because traditional diets tend to be high in vegetables, fruits, unprocessed grains, fish and sea food [2].

They are also void of processed and refined foods and sugars which are staples of western dietary particularly. There are two consequences of a poor diet that interact with the immune system and gut micro biome. If we do not include enough nutrient dense foods such as fruits, vegetables, whole grains, fish etc. This can lead to deficiencies of nutrients, antioxidant and fiber, and this has a detrimental impact on our immune system as well as other aspects of physical and mental health. On the other hand a diet high in saturated fats and refined sugars has a potent negative impact on brain proteins what we know as neurotrophins (important in depression) which protect the brain against the oxidative stress and promote the growth of new brain cells [3]. The very large body of evidence that now exists suggests that diet is important to mental health in the same way as it is to physical health. The WHO has long said that there is no health without mental health. We now believe that these are essentially the two sides of the same coin. We need to address that giving importance to diet quality will have benefits for the many physical disorders that commonly accompany depression, such as heart disease, diabetes and obesity. The critical new understanding that diet is important to both mental and physical health gives us now the opportunity to think about public health, prevention and treatment strategies that focus on dietary importance [4]. This provides us the possibility of taking public health approaches to the prevention of mental disorder in concert with those that exists for the common noncommunicable diseases. 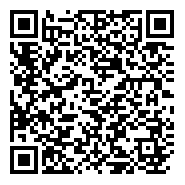