Since the beginning of 21st century, the survival of the WTO in general and its role for promoting multilateralism in particular has been facing many new issues and challenges. These issues and challenges are of formidable nature. The 11th WTO Ministerial Conference was held at Buenos Aires the Capital of Argentina. It was being considered as a significant as the most critical issue on Food Security was the major bone of contention. Unfortunately, the four days negotiations under WTO regime collapsed and as a result, no Ministerial Declaration came out or pronounced [1]. The four day hectic parleys, lobbying and prolonged posturing, made out by the 164 member countries remained a myth and did not transform into reality. This is because there has been persisting impasse among the ministers to evolve a common base for resolving the most strategic issue of food security. For developing nations, the collapse of the food security issue is a great disappointment. This was happened due to rigid attitude of the US as the permanent solution on food stockholding was not acceptable to the US. It is pertinent to point out here that one nation’s out of 164 nations, opposition for agricultural reforms based upon the present WTO mandate and rules resulted into a complete deadlock in the negotiations [2]. A dejected WTO Director General pointed out that there is a lot of disappointment among the nations over the way the negotiations progressed. He further emphasised the need for ‘soul-searching by the 164 countries for the sake of 800 million poor and undernourished people spreading across the world. He also rightly opined that “you do not get what you want, but you get what is possible”. Similar sentiments were shown by the Chair of the 11th MC. According to him, “we fell short on various issues, but there is life after Buenos Aires and we need to find ways for removing the deadlock and move forward”. In Bali’s Ministerial Conference, as an interim measure, the WTO members in December 2013, had agreed upon to put in place a mechanism popularly known as ‘Peace Clause’ and had also committed to negotiate an agreement for permanent solution at the 11th Ministerial Conference at Buenos Aires. As there is no agreement reached out at 11th MC, the 2013 ‘Peace Clause’ has to be continued. Accordingly, the existing mandates and decisions has to ensure that efforts will continue by the members to work on the most critical issues namely-permanent solution public stockholding for food security, Agriculture Special Safeguard Mechanism, and agriculture domestic support [3].

Trade war between China and US

There has been a continuous trade war between China and the US. Recently, Chinese Government has out rightly rejected the allegations put forth by the US top trade officials that China is posing an “unprecedented” threat to the world trading system. On the other hand China has shown a keen interest in regard to bringing the desired improvement in the existing multilateral trading system for which the WTO has come into shape. Further, Chinese government expressed readiness to improve the multilateral trade regime with WTO as its core. According to US Trade Representative (USTR), the sheer scale of their planned efforts to develop and grow its economy, to extend huge subsidies, to bring up national champions, to force technology transfer, and to distort markets in China and across the world is the biggest threat to the global trading system. Further, he added that the threat of China’s economic model could not be carry out under the existing world trading law and rules [4]. Taking into consideration the USTR criticism, the Chinese counterpart opines that since the accession of China to WTO, the country has been fulfilling all obligations and also has made a significant contribution to the promotion of multilateral trading system. China and USA bilateral trade amounted to US $ 567 billion, and accordingly, China has emerged out the biggest trade partner of the USA. The present US regime wants to cut down the existing trade deficit. The US wants bilateral trade with China instead of trading under the WTO trade regime. China and the US are two important members of the WTO. Whether their behaviour and approaches are appropriate WTO has a clear stipulation and both the countries also have clear judgements to each other and towards WTO.

Substantial support to China’s investment at the WTO meeting has raised a lot of concern to India. More than 50 countries had asked the WTO to have discussion on a world policy for investment facilitation at WTO meeting in Buenos Aires. It is undisputed fact that China’s increasing clout, despite its late succession to WTO is now more visible than ever before. China is not pushing any negotiations or deliberations on e-commerce as aggressively as the EU at Buenos Aires [5]. The most critical worry is not confined to the issues. The major concern is to discuss the future of WTO which many trade consultants believe may give upper hand to the US and EU and they could seek a discussion on new emerging issues on e-commerce and Medium and Small Enterprises (MSEs) instead of keeping alive the Doha Development Round (DDR) which is lying abeyance for the last more than 16 years and more critical and strategic for developing and least developing countries. The US and EU are continuously trying to bring non-trade issues namely gender and environment under the WTO regime.

Food security for developing economies is a major bone of contention in WTO negotiations. This is a matter of survival for 800 million hungry and under nourished people across the world. Hence, there is an immediate need for exploring a successful solution and resolution to this most critical issue. The developing economies do not envisage any negotiated outcome from 11th WTO Ministerial Conference which also does not include a permanent solution. The developing economies are insisting upon that the final agreement must be better than the one agreement which took place three years ago wherein so many conditions were put in respect of using minimum support price (MSP) policy [6]. Unfortunately this was resisted by the Developed economies as these countries want to keep on procurement at 10 percent of the value of output.

Inhuman act at Buenos Aires: The Director General has rightly observed and pointed out that there is a lot of disappointment on the part of WTO and developing economies in particular the way the MC 11 negotiations were progressed. It is high time that member countries must make soulsearching. In multilateral deliberations’ parties don’t get what they want, they get what is possible [7]. The 11th WTO Ministerial Conference at Buenos has collapsed and accordingly no agreement on food security was possible. As a result, after 4 days negotiations, there is no Ministerial Declaration. This is most unfortunate on the part of the member countries. This all indicates that none of the members is serious on the issue of poor and unnourished people world over. It is for the first time in the history of WTO Ministerial Conferences that India is not blamed for the deadlock on food security negotiations. The main reason for the collapse of the negotiations is the adamant attitude of the developed countries. The US is going back to its commitment along with other developed economies to explore a permanent solution to the public food stockpile issue which is not in the interest of developing economies in general and India and China in particular. Is it fair that one nation’s (USA) strong opposition against agriculture reform based on present WTO mandates, rules and regulations resulted into a deadlock without any outcome on agriculture or even a work programme for the coming two year? However, Argentina’s Minister pointed out that “we fell short on various issues, but there is a life after Buenos Aires and the members need to find ways for removing deadlock and move forward”. In cooperation with the G-33 group, had pitched hard for permanent solution in respect of food security issue as it was very much significant in terms of large junk of people world over.

Face saving: It is most unfortunate that four days conference which comes to an end without a required Ministerial Declaration for any substantive result, did manage to make some feeble progress in regard to fisheries and e-commerce by agreeing upon the work programmes.

What WTO should do? 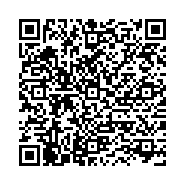