Downbeating nystagmus due to intravenous fentanyl which disappeared with naloxone.

A 39-year-old male patient presented to the emergency department with progressive back pain that started 3 days ago. The pain was stinging in nature, localized to medial side of the left scapula and the pain was aggravating with movement. There was no history of trauma or any additional symptoms such as chest pain, palpitations, shortness of breath, or hemoptysis. Travel history, immobilization, past medical history of deep venous thrombosis, or pulmonary thromboembolism were not described.Patient’s blood pressure was 113/68 mmHg, temperature was 36.1°C, pulse rate was 104 bpm, respiration rate was 16 per minute, and oxygen saturation was 99%. On examination, lungs were clear to auscultation bilaterally. There was tenderness to palpation on the soft tissue medial to the left scapula. No tachypnea or subcutaneous emphysema were detected. S1 and S2 were normal with regular rate and rhythm presenting with no murmur, rub, or gallop. In the diagnostic tests, d-dimer was 0.4 ug/ml, and the high sensitive troponin was < 3ng/L. On the chest x-ray, no pneumothorax, mass, or infiltration was detected. ECG was normal.

At first, the patient was injected with 50 mg dexketoprofen (Arveles) intravenously for his back pain, but there was no remission. Then, 100 mcg IV fentanyl was administered. Shortly after fentanyl injection, the patient complained of dizziness. On examination, downbeating nystagmus was observed. No ataxia or cerebellar dysfunction was present. On diffusion-weighted brain MRI, there was no acute restriction of diffusion. As his dizziness persisted, 50 mg IV dimenhydrinate (Dramamine) was injected. Subsequently, vertical nystagmus was observed, and 0.1 mg IV naloxane was administered intravenously. Following naloxone injection, dizziness and nystagmus subsided. Patient was prescribed analgesic medications and discharged [1].

The importance of this case is to bring more awareness to cases of opioid, intravenous fentanyl in this case, correlation with downbeating nystagmus as there are no such publications on this. Being able to distinguish the nystagmus caused by opioids versus nystagmus caused by midbrain, midline cerebellum, and lower brainstem lesions in the brain can be vital in a patient’s treatment. Vertical nystagmus indicates disease of the pontodiencephalon or pontomedullary area. According to Rottach et al, the mechanism of action of the vertical nystagmus is predicted to be the diminished activation of the Purkinje cells of the cerebellum. In the end, we should add use of fentanyl to the differential diagnosis of downbeat nystagmus and treat with naloxane accordingly. 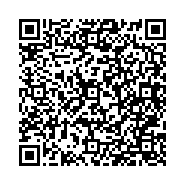