Dietary intake, patterns, and variations with age from an epidemiological perspective.

Dietary intake is a risk factor that can help manage or avoid a variety of health issues. Rather than focusing on a particular nutrient in relation to disease risks, several nutrition-related epidemiological studies have recently investigated the association between dietary patterns. Dietary patterns are more typical of daily eating intake because they reflect the effect of a combination of foods, nutrient content, and dietary behaviour. Previous research has linked Western dietary habits to an increased risk of obesity, metabolic syndrome, type 2 diabetes, and high triglyceride levels, whereas prudent eating habits are linked to a lower body mass index (BMI) and a lower risk of type 2 diabetes, cardiovascular disease, and mortality [1].

Most nutritional intakes also dropped as a result of this. Many older Americans only consumed one fifth to one third of the recommended dietary requirement for some nutrients. Although there is some evidence of an age-related deterioration in absorptive and metabolic function, there is a paucity of studies for most nutrients to determine the health impact of lower nutrient consumption with age. More study on dietary requirements and health effects is needed as the population ages, and public health efforts to improve physical activity are required.

Despite the fact that our scientific understanding is expanding, the dietary needs of the elderly are still poorly characterised. The National Academy of Sciences Recommended Dietary Allowances are currently the most widely accepted criteria for interpreting dietary data (RDAs). RDAs create a single category of older adults, with a single set of standards that applies to everyone 51 and up. However, when people proceed from their 50s to the 2nd quarter of their lives, their nutritional demands may change dramatically due to the ageing process, changes in physical ability, and the existence of chronic illnesses [2].

Methods of data collecting and storage

A variety of methodological difficulties make assessing dietary change over time difficult. The tools used to gather data varies. Even if the same nutritional evaluation approach is employed each time, there may be significant variances. Databases on nutrient composition evolve throughout time.

Data from a longitudinal study versus data from an inter study: The majority of nutrition data is merging. That is, rather than following the same individuals as they age, data on intake in different age groups is gathered from different individuals. Persons not only suffer physiological changes as they age, and they also bring with them food habits that have evolved over time as a result of their social, cultural, economic, and environmental experiences [3].

Nutrient Density: The absolute amount of most nutrients declines when overall energy intake falls with ageing. When it comes to micronutrients intake, it's common for calorie intake to drop faster than nutrient intake. In terms of nutrient density, it can be shown that the proportion of dietary intake made up of fibre changes with increase in men.

Micronutrients: Men's B vitamin intake tended to diminish to age, whereas women's intake remained rather stable. Women, on the other hand, had a reasonably consistent pattern. In NHANES II, which only included data up to age 74, mean and median vitamin E intake decreased with advancing age for both sexes? [4].

Nutrient Intake Distributions: The use of distributions is appealing because they provide a more accurate and full picture of nutrient intake in the population. Most nutrient distributions are not uniformly distributed, but skewed to the right—that is, there is a long "tail" to the right, with some persons taking extremely high amounts.

Eating Patterns: The most often stated foods were whole milk, white bread, coffee, and sugar. Frequently mentioned fruits were orange juice and bananas. Tomatoes, potatoes, and lettuce were the most widely used veggies. The most common proteinrich foods mentioned were eggs and milk [5].

The apparent health consciousness of older women is another interesting finding in these data. While energy intake decreases as people become older, the absolute value of many nutrients actually rises. Such vitamins are concentrated in fruits and vegetables, which is in line with the previously mentioned food pattern data. Fruit and vegetable consumption is higher in older persons, particularly older women. The substantially larger number of elderly women who use multivitamins on a regular basis reflects this overall health awareness. 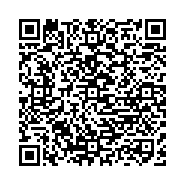