Development of the aesthetic orthodontic appliances using a silver plating process: the report on peel resistance

Appearance is one of patients’ main concerns during orthodontic treatment. Many orthodontic appliances have previously been composed of silver with a metallic color [1]. In response to increasing patient demands, researchers have developed transparent brackets made from ceramics or composites to improve the aesthetics of orthodontic appliances. They have also developed aesthetic archwires with polymer coating (Teflon or epoxy resin) [2,3].

Although these materials have excellent aesthetics, their functional properties are inferior to metal materials. Commonly used metal brackets are composed of stainless steel and have been shown to have the most ideal frictional characteristics [4]. Many researchers have shown increased frictional resistance, especially with polycrystalline ceramic and plastic brackets [5,6]. In addition, the color of coated archwires tends to change over time and the coating splits during oral use, exposing the underlying metal [7-9].

To address these deficiencies, we developed a surface plating treatment method that does not reduce the functional properties of metal nor exposes the underlying metal of archwires. Current plating methods mainly use alloys. Alloy plating can achieve various favourable colors depending on its composition, and it has wide-ranging applications as decorative plating. In addition, alloys are resistant to corrosion and wear, and are easy to melt during soldering [10].

In this study, we performed a silver alloy plating process on orthodontic archwires using an electroplating treatment method. The peel resistance of the silver plated wires set in the oral cavity was then analysed through intra-oral photographs, stereoscopic microscope photographs, and color measurement values. In addition, the surface properties of the silver plated wires after peel resistance testing were analysed using a Scanning Electron Microscope (SEM) and Energy Dispersive X-ray Spectrometer (EDS).

Typical alloy plating that can provide aesthetic properties include silver alloy and gold. Rhodium, platinum, and palladium alloys can also be utilized. Out of these, silver alloys more closely match natural teeth color; this can be achieved by adjusting the alloy composition. Silver plated wire was created through an electroplating process. The film thickness was set to 0.5 mm and shared almost the same dimensions of non-coated stainless steel wire. In contrast, the dimensions of the underlying metal of Teflon-coated wire decreased as the resin coating thickness increases (Figure 1). Therefore, silver plated wire was created based on a non-coated stainless steel wire that retained its dimensions.

Two types of wires; 0.016 × 0.016 inch silver plated wire based on stainless steel and 0.016 × 0.016 inch nickel-titanium Teflon-coated wires were investigated in this study. The following procedure was performed on two subjects who consented to the study. The brackets of ceramic and stainless steel were bonded to the first and second bicuspids (Figure 2). Each wire was set to these brackets in the form of sections. We investigated the wires at three time points; the moment of setting, 2 days after setting, and 1 week after setting. Wire analysis comprised the following: 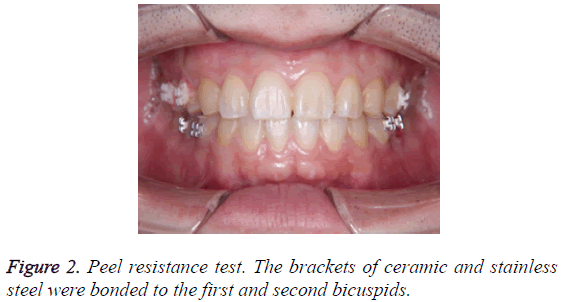 Figure 2: Peel resistance test. The brackets of ceramic and stainless steel were bonded to the first and second bicuspids.

1. Intra-oral photographs: Photographs of the wires were taken when they were being set to the bracket (Figure 3). 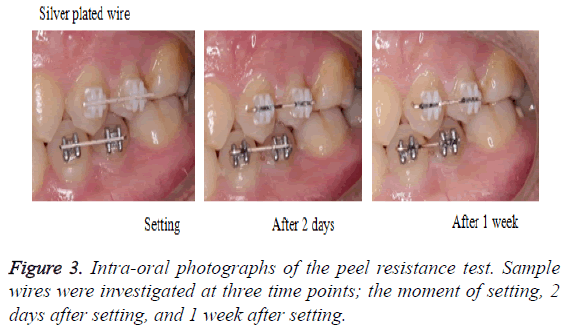 Figure 3: Intra-oral photographs of the peel resistance test. Sample wires were investigated at three time points; the moment of setting, 2 days after setting, and 1 week after setting.

2. Stereoscopic microscope photographs: The wires that were removed from brackets were cleaned with 80% alcohol and then air-dried to ensure an uncontaminated testing surface. Wire were then observed under a stereomicroscope (SZHILLB; Olympus, Tokyo, Japan) at 20 and 60X magnification (Figure 4). 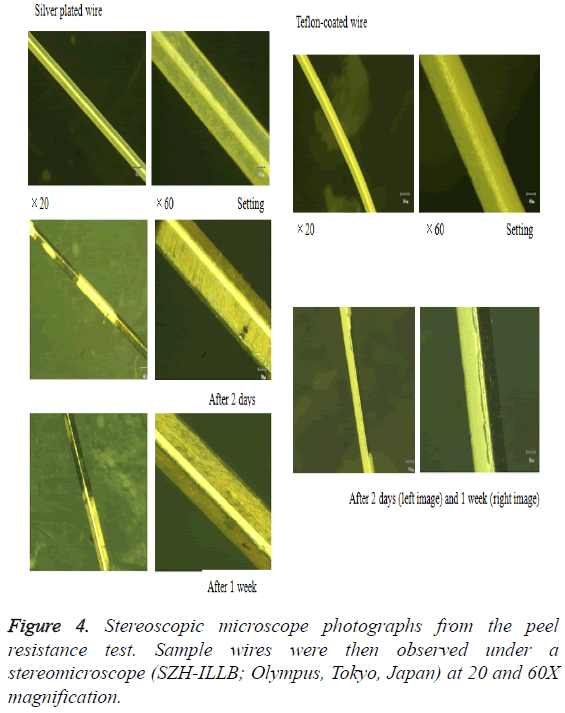 Figure 4: Stereoscopic microscope photographs from the peel resistance test. Sample wires were then observed under a stereomicroscope (SZH-ILLB; Olympus, Tokyo, Japan) at 20 and 60X magnification. 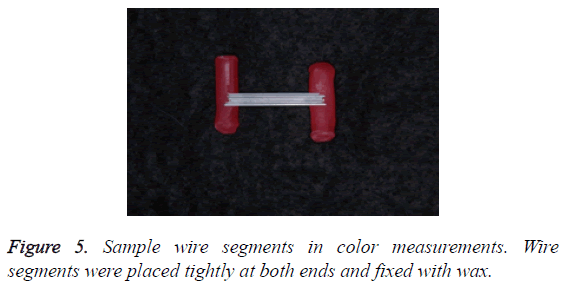 Figure 5: Sample wire segments in color measurements. Wire segments were placed tightly at both ends and fixed with wax. 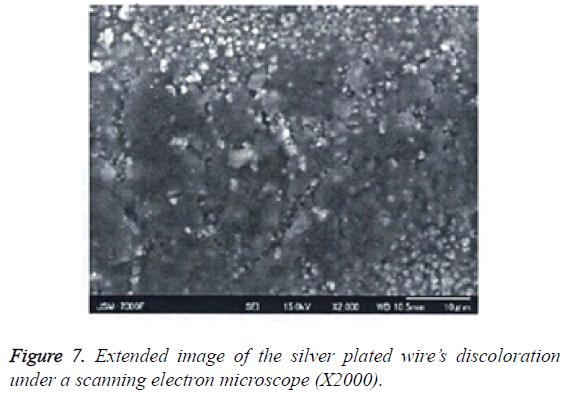 Figure 7: Shows the distribution of SPIO1-m0 inside macrophages. 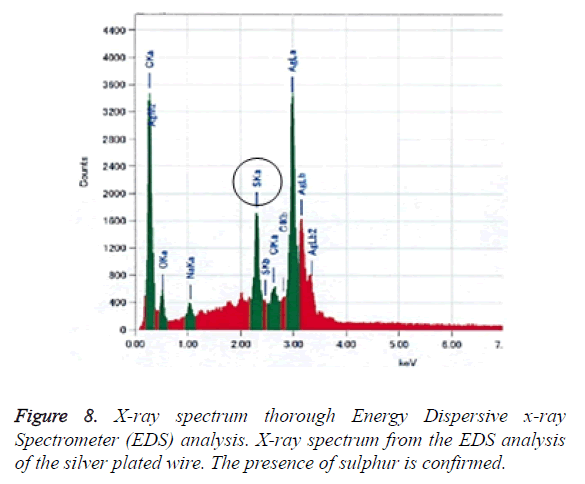 Figure 3 shows the left side intra-oral view. The silver plated wire turned black only in the slot part of the bracket after 2 days. Its discoloration appeared more pronounced after 1 week. The Teflon-coated wire did not significantly change after 2 days.

However, after 1 week, although there were differences according to the part, significant peeling was observed between the bracket slots.

Figure 4 shows extended image photos of the wires’ surface. There was no peeling on the silver plated wire, just an area of discoloration. However, the underlying metal of the Tefloncoated wire was clearly exposed.

Table 1 and Figure 9 present numerical colorimetry values. L* value decreased considerably 2 days after setting, and between 2 days to 1 week after setting in the silver plated and Tefloncoated wires, respectively. 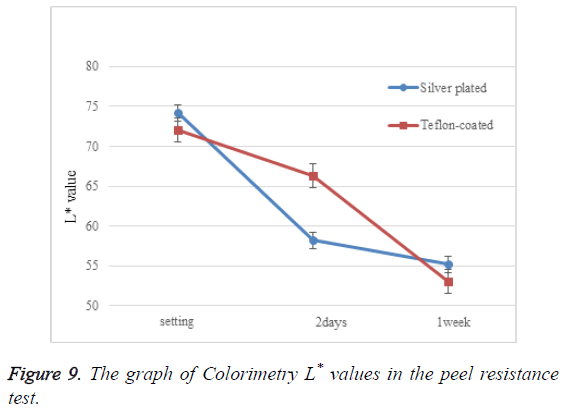 Figure 9: The graph of Colorimetry L* values in the peel resistance test.

Surface properties of the silver plated wire after testing

Table 2 shows the qualitative and quantitative results of the EDS analysis for the discolored area. Figure 7 shows the extended image of silver plated wire’s discoloration.

The use of aesthetic orthodontic appliances is increasing annually. Brackets have resulted in the use of ceramics or composites for appliance material, and wires are now coated with Teflon or epoxy resin. Changes in the functional properties due to such changes in material have various effects on orthodontic appliances, in particular frictional changes. Factors that affect frictional resistance include type of bracket, physical properties, size and alloy of arch wires, and method of ligation [11-17].

Many studies have compared the frictional resistance of different brackets; however, studies on the frictional influence of newly introduced ceramic brackets remain controversial [18-21]. To overcome this issue, it is necessary to apply archwire aesthetics without reducing the functional properties of the conventional metallic material. Therefore, we considered surface treatment methods for metals. These include plating treatment, spraying, coloring, and painting; we evaluated differences in bonding power among these methods. With the plating treatment, the base material is bonded to the plating film chemically, while in other methods the base material is bonded to the film physically. Chemical bonds are known to be much stronger than physical bonds. This is because chemical bonds are strengthened by the bonding force of electrons, whereas physical bonds are influenced by intermolecular forces. Therefore, in this study we decided to use a plating treatment method.

Studies have shown that mechanical stimulus is the cause of archwire peeling [7-9]. The L* value of the Teflon-coated wire decreased considerably 2 days to 1 week after setting. This indicates that the underlying metal was directly exposed due to peeling in the Teflon-coated group. Such a reduction in aesthetics can occur frequently in reality, although it can vary according to the extent of patient’s malocclusion, quality of brushing, and lifestyle. There was no significant peeling between the bracket slots of the silver plated wire over 1 week. In silver plating treatment, the metal and the plating are chemically bonded together. In contrast, most of the Tefloncoating treatment occurs through an atomizing process with cleaned compressed air of the atomized Teflon particles [22]. Therefore, these differences (chemical bonding vs. mechanical coupling) between silver plating and Teflon coating may explain the variations in peeling.

A certain amount of sulphur was present in the area of discoloration. In general, chloridation by chlorine and sulfidation by sulphur result in silver discoloration, in particular silver is easily discolored when it comes into contact with a sulphur-containing gas. Discoloration observed in this study was limited to the bracket slots. Since brushing does not reach into the bracket slots, plaque can persist here. It is suggested that plaque remaining in bracket slots accelerate silver sulfidation over time. In the oral cavity, volatile sulphur compounds such as hydrogen sulphide, methyl mercaptan, and dimethyl sulphide can be present and can accelerate silver sulfidation. In the future, we intend to develop a silver plating treatment that strongly resists sulfidation.

The authors acknowledge Tomoyuki Yamamoto and Fumiko Oyama at Ebina Denka Kogyo Co., Ltd for support in preparing the silver plated wires and analysis of the wire’s surface properties.