Lung cancer is the leading cause of cancer-related deaths worldwide. Despite increasing efforts toward early detection through screening of at-risk populations, the majority of lung cancer patients are still diagnosed at an advanced stage. Lung cancer is an aggressive disease and its conventional treatments have been far from successful. There is a strong need for new and better approaches to improve survival, symptom control, and quality of life. A challenge in treating lung cancer is the lack of early diagnosis. New options in targeted therapy and immunotherapy are shifting lung cancer treatment towards a more individualized therapeutic approach that has a profound impact on the clinical course and outcome of the disease. We focused on known mechanisms of action, current clinical applications in cancer therapy, and resistance mechanisms to monoclonal antibody therapy. We describe how monoclonal antibody-based strategies have evolved and some of the current combination therapies to enhance anti-tumor immune responses by targeting immune cells instead of tumor antigens.

Antibodies were first described as neutralizing substances found in the blood of animal models of diphtheria. Over the next century, several important scientific advances would pave the way for the use of antibodies as cancer therapies. Antibodies were identified in 1947 as proteins capable of recognizing specific antigens. Antibodies were generated by adaptive immune system plasma B cells. Later, clonal selection theory proved that a single B cell clone produced specific antibodies. A Monoclonal Antibody (mAb) is therefore an antibody produced by a unique clone of a B cell, all of which bind to a specific portion of an antigen, also known as an epitope. A method to generate monoclonal antibodies containing human-mouse hybrid cells was first identified, with the goal of generating human-derived hybridomas that have since become the mainstay of large-scale production of therapeutic antibodies. Research into cancer therapy using mAbs began shortly after the hybridoma was discovered [1]. Whole cell or membrane extracts from cell lines or tumor tissues are used to generate antibodies against unknown membrane antigens. Almost all antibodies against lung tumor cells were selected according to phenotypic criteria based on differential binding between tumors of different lineages or between tumor and normal cells. It is therefore clear that the biological or functional significance of antigens so identified remains largely unknown. An exception is a recently reported glycoprotein antigen that is heterogeneously expressed in squamous cell carcinoma and associated with clonogenic and tumorigenic cells in nude mice [2].

Antibody reports from different laboratories vary greatly regarding the methods and materials used to characterize antibodies and antigens. This can make analysis of publications difficult. An important first step towards a head-to-head comparative analysis was recently taken for antibodies to small cell lung cancer antigens. For antibodies to other lung tumors, preliminary grouping should be done based on reported tissue reactivity. Most antibodies raised against lung tumors have been found to recognize antigens present on a wide range of epithelial tumors and normal epithelia [3].

Therapies derived from mAbs are being used clinically to realize their potential for targeted therapy. Antibodies are extremely versatile as platforms for developing new therapeutics, leading to a variety of approaches. The discovery of targeted tumor-specific antigens has increased interest in immunotherapeutic development. After the advent of mAbs, it was thought that using mAbs to target tumor cell antigens could be a more effective and less toxic treatment than conventional chemotherapy [4].

The combination of tumor-targeted mAbs and ICH has shown several promising ways to maximize the clinical benefit of mAb therapy. Moreover, mutations in both antibody targets and all associated signaling pathways are important biomarkers of mAb potency and resistance. Future mAb therapeutic strategies should include inhibitors of these alternative signaling pathways to eliminate resistance. The paradigm of monoclonal antibody therapy continues to evolve and has the potential to provide curative therapy for many cancer patients [5].

The invention of monoclonal antibody technology has had a major impact on human lung cancer research. Lung cancer is a complex disease and the success of its treatment depends on well-defined patient characteristics, histologic tumor types, assessed biomarkers, and appropriate and timely communication between pathologists and oncologists. Monoclonal antibody therapy has only recently become one of the most important modalities of cancer treatment. Much of its mechanism of action and its clinical relevance is still poorly understood. Despite the remarkable clinical success of antibody therapy, treatment resistance remains a major challenge. 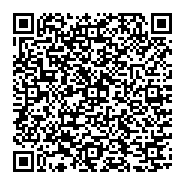