Impairment of various aspects of cognition is recognized as an important non-motor symptom of Parkinson's disease (PD). Mild cognitive impairment of PD (PD-MCI) is common in patients without dementia and is often associated with the severity of motor symptoms, duration of illness, and aging. In addition, PD-MCI can have a significant adverse effect on the performance of activities of daily living and can be a precursor to the development of PD dementia. Therefore, there is great interest in developing therapeutic strategies to improve cognitive impairment in PD and improve cognitive function in PD patients. However, due to the remaining important questions about the pathophysiology of cognitive dysfunction in PD, cognitive dysfunction in PD has proven difficult to resolve. This article focuses on PD-MCI and reviews some of the current therapeutic approaches adopted to improve cognitive function in patients with PD-MCI [1].

In a recent study the frequency of MCI in newly diagnosed PD was and in another study, patients with an average disease duration of about 3 years Many of the cognitive deficits, especially in the early stages of the disease, appear to be associated with frontal lobe dysfunction, impaired attention Stam executive function difficulty in shifting building attention groups, Includes including difficulty in chronological ordering. Sequences and Planning and Working Memory Disorders Grossman. As the disease progresses, the severity and severity of cognitive impairment can lead to serious disability and poor quality of life for patients and caregivers. These disorders can have a significant negative impact on social behavioral [2].

Sleep disorders affect about two-thirds of people with Parkinson's disease. They usually appear before typical motor symptoms, and their frequency and severity increase as the disease progresses. The causes of sleep disorders in patients with Parkinson's disease are thought to be multifactorial. It can be caused by nighttime involuntary movements such as restless legs syndrome or periodic limb movements during sleep, or immobility due to rigidity, but it can also be associated with the underlying condition of the disease itself. Sleep problems also include sleep fragmentation and early-morning awakening, which can lead to excessive daytime sleepiness. Obstructive sleep apnea, a risk factor for cognitive decline in the general population, is a known comorbidity of Parkinson's disease. REM sleep behavior disorder is a characteristic non-motor symptom of Parkinson's disease. RBD affects of PD patients and is characterized by vibrant dreams, dream-managing behaviors, and loss of muscle tone associated with REM sleep Clinical studies have shown that after a sufficiently long follow-up period [3].

Treatment of practical pathology called conversion reaction may be tough. Despite these challenges, and because the understanding of this condition grows, new treatment choices square measure rising. One such treatment is psychological state, that encompasses a long history of treating FND. Jean-Martin Charcot, thought of by several to be the daddy of recent neurology, used therapeutic psychological state as early because the nineteenth century. This report describes a replacement application of hypnotic physiological condition technology for treating FND presentation as paralysis. Describes the appliance of the technique for a nine year previous lady affected by chronic pain and weakness within the lower extremities thanks to FND. mistreatment her magic glove technique, she improved speedily and her symptoms disappeared on her sixth month follow-up visit. Review this literature on FND interventions and highlight the necessity for more analysis during this space Friction bias plays an important role in assessing long-term outcomes, first comparing baseline data between untraceable and retention groups, and then determining baseline characteristics. We investigated whether plasma concentrations of brain biomarkers neurofilament light, tau, and glial fibrous acidic proteins may reflect the severity of the disease in multiple pre-eclampsia phenotypes. In addition, brain biomarkers were compared with the angiogenic biomarkers soluble forms-like tyrosine kinase, placental growth factor, and soluble endoglin. Resection is a very rare condition that is the gold standard for treatment. Although many neurological symptoms are associated with this disease, such as embolic infarction, aneurysms, and cerebral metastatic myxoma, few large studies have addressed them. The purpose of this study was to retrospectively analyze the incidence, type, and prognosis of these neurological disorders [4,5]. 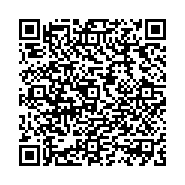