CT and MRI analysis of primary osteosarcoma in children

Background: The present study was aimed to study the CT and MRI features of primary osteosarcoma in children and their diagnostic values.

Methods: 56 patients with primary osteosarcoma diagnosed by pathology were examined using both CT and MRI.

Conclusion: The diagnostic accuracy of CT and MRI of children with primary osteosarcoma is relatively high and both techniques are complimentary to each other.

Osteosarcoma is the most common primary malignant bone tumor amongst adolescents and children. Clinical manifestations of osteosarcoma include pain and restricted clinical activity with a high degree of malignancy, early metastasis and poor prognosis [1]. The origins of osteosarcoma lie in the interstitial cells of sclerotin and osteoid. Furthermore, it is generated from bone and soft tissues, whose pathological features include sarcoma and tumor osteogenesis [2]. Among osteosarcoma cell components, the common type could be divided into three types, viz. chondrogenic, fibroblastic and osteoblastic cellular type [3]. Clinical diagnosis is mainly dependent on immunological examination, but X-ray diagnosis of giant cell tumor of bone is of high value [4]. The CT or CT combined with SPECT imaging diagnosis of osteogenic and ossifying primary bone tumor is highly accurate [5]. The MRI diagnosis of neurogenic and primary bone tumors like Ewing's sarcoma and bone neurilemmoma is highly accurate [6]. According to clinical studies [7], primary osteosarcoma in children shows atypical manifestations. So, the present study is the first of its kind to study the characteristics of both CT and MRI in pediatric primary osteosarcoma cases at our center.

The CT and MRI were used to perform examinations respectively. The GE Light speed 64-slice spiral CT scanner was used in various scopes including whole lesion and adjacent joints. The layer was 5 mm in thickness with a 5 mm space between each one. The voltage was 120 kV and the current was 300 mA. The size of the matrix was 512 × 512, the FOV was 400 mm and the reconstructed layer was 3 mm in thickness. The enhanced contrast agent Youwei 370 was utilized and was administered as a bolus injection under high pressure through the elbow vein at the rate of 3.0 ml/s in 100 ml of blood. The tumor diameter, bone destruction, soft tissue mass, tumor bone, periosteal reaction and CT enhanced form were observed. The types of bone destruction were divided into three types: bony, osteolytic and mixed type and tumor bones included compact type, dense ivory type, flocculent type and radial type. The periosteal reactions include Codman triangular type, lamellar type and acicular type.

SIEMENS AG and Germany MAGNETOM Verio3.0T magnetic resonance scanner was used to conduct routine examination on T1WI and T2WI. The T1WI and T2WI of cross-sections and sagittal planes were conventionally scanned, and coronal planes of some were scanned. Coils were arrayed in the somatic parts of joints and limbs, which stayed in an advanced supine position. The examination sites were aimed at the coil center. The Gd-DTPA contrast agents were used to conduct enhancement scan, which was realized through injecting 0.2 mmol/kg via veins. 3 min later, the T1WI scanning was performed in three directions and the scanning range, scanning thickness and interlaminar space were consistent with those of the conventional plain scan. The diameter of the tumor, invasion of the medullary cavity, breakthrough of the cortical bone and soft tissue mass, the peritumoral edema, the intensity of the lesion and the enhancement form were observed. Two senior physicians read the radiographs while a third physician analysed final results.

The SPSS20.0 software was used for statistical analysis and the measurement data was expressed as mean ± standard deviation. An independent sample t-test was used to compare the groups and the count data was expressed as the number of cases or (%). Intra-group comparison was conducted by χ2 test. p<0.05 represented a statistically significant result.

The density resolution of CT is higher than that of X-ray, which could help to determine lesions with smaller diameters in an earlier period. CT scans are able to detect osteosarcoma with the smallest diameter of 3mm, and display soft tissue mass in a clearer way [8]. In the follow-up process, it could detect recurrent lesions and metastases more comprehensively in an earlier period [9]. It could be seen as an important reference for a surgical resection plan [10]. The shortcoming is that it needs to use a large dosage of radiation. MRI has a relatively high resolution in soft tissues, helping in accurate estimation of tumor invasion. This helps in diagnosis of distant leap-lesions and epiphyseal invasion [11]. The only shortcoming reported earlier is that it is not sensitive to the display of tumorous bone or manifestation of osteosarcoma [12]. However, X-ray films remain the preferred method for examining osteosarcoma [13]. Therefore, CT could be taken as an important supplementary method to X-ray examination.

The occurrence rate of bone destruction is higher in osteosarcoma and osteolytic destruction is the main common type [14]. The formation of soft tissue masses also reflects the invasiveness of the tumor [15]. Tumor cells in osteosarcoma have the capacity of directly forming a neoplastic osteoid and bone. So rapid tumor bone formation has become one of the important signs of osteosarcoma for imaging diagnosis [16]. The Codman triangle (namely, periosteum triangle) is a relatively common type of osteosarcoma periosteal reaction, suggesting that disease progresses rapidly [17]. On the other hand, in terms of lamellar periosteal reaction, there is no tumor tissue to infiltrate in between the layers of new periosteum at the early stage. Periosteal new bone is not destroyed, which suggested the slow growth of the tumor [18]. In general, when the bone destruction is greater than 30% X-ray examination is possible, but the MRI technique has ability to detect abnormal signal even in the early period [19]. Compared with X-ray and CT scans, the sizes of lesions measured by MRI are closer to the measurement values of gross specimen after resection [20]. The present study revealed that there is no significant difference in the detection of maximum diameter of osteosarcoma by CT scans and MRI. The accuracy rate of diagnosing epiphyseal violations by MRI reaches to as high as 90 to 100% [21]. Spina et al. [22] holds that there are certain advantages to determine the degree of necrosis by MRI after chemotherapy, which might be taken as an important examining method to monitor chemotherapy sensitivity. Some studies have suggested that T1WI in the SE sequence could be the preferred imaging modality to determine the scope of osteosarcoma invasion [23]. Moreover some authors believe that the STIR is clearer and closer to the actual lesion than the SE sequence [24]. Therefore, T1WI could be the best way to show epiphyseal invasion [25]. So, earlier reports are also in sync with our results confirming their complimentary nature.

The diagnostic accuracy of CT and MRI of children with primary osteosarcoma is relatively high and complementary as well. However, future studies with large sample sizes are essential for concreter conclusion.

We are thankful to the contribution of each author. 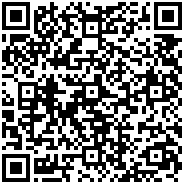