We aim to analyze the changes of cerebrospinal fluid (CSF) pressure and its relationship with hyponatremia after acute cervical cord trauma (ACCT). The medical records of 45 ACCT patients were reviewed from June 2011 to February 2013. They were divided to 3 groups: CSF pressure of syndrome of inappropriate antidiuretic hormone (SIADH), cerebral salt wasting syndrome (CSWS), and non-concurring hyponatremia (NCH) group. Lumbar puncture and SPSS17.0 software were used to detect and analyze CSF pressure at 3 time slots (24 ~ 48 hours after injury, diagnosed hyponatremia before targeted treatment and curing hyponatremia in SIADH and CSWS groups; 24 ~ 48 hours after injury, 7-10 day after injury and discharged at hospital in NCH group) between groups and within groups during the pathologic process of ACCT. At the 1st time slot the SIADH group is higher than CSWS group and NCH group, whereas CSWS group is higher than NCH group, and the differences are significant (p<0.05). We observed the same tendency at the 2th time slot. At the 3th time lot there is no significant difference among 3 groups (p>0.05), neither do SIADH group at 1st and CSWS group at the 2th time slot. The data showed that the 2th slot is higher than the first and the third, whereas the first is higher than the third in SIADH group and CSWS group with statistically significance (p<0.05). There is no significant difference among the CSF pressure in 3 time slot within NCH group (p>0.05). Increasing CSF pressure might closely relate with the pathogenesis of SIADH during ACCT. Increasing CSF pressure after ACCT might combine with other factors and lead to SIADH. In addition, ACCT complicated with hyponatremia could cause CSF pressure increase.

Spinal cord injury is a high-cost, low-incidence neurological disability. This condition has a significant impact on the individual, the family, health care service delivery systems, and society in general [1]. SCI occurs through various countries throughout the world with an annual incidence of 15 to 40 cases per million, with the causes of these injuries ranging from motor vehicle accidents and community violence to recreational activities and workplace- related injuries [2]. Acute cervical cord trauma (ACCT) represents the most serious and catastrophic injury to the spinal cord.

Hyponatremia is the most common complication after ACCT; incidence rate can be as high as 85.7% [3]. Occurring of hyponatremia might associate with the severity of ACCT, respiratory complications or craniocerebral injury, and other medical factors [4]. Severe hyponatremia may cause edema on cells of the central nervous system, and aggravate the injury of spinal cord nerve function, slow down the recovery process, even lead to the recovery of neural function been lost again.

This study was approved by an Institutional Review Board of Institute of Orthopedics and Traumatology of Chinese PLA and was conducted in accordance with good clinical practice, all applicable regulatory requirements and the guiding principles of the Declaration of Helsinki. Written informed consent was obtained from all subjects prior to admission to the study. A total of 45 ACCT patients were recruited successfully from June 2011 to February 2013 at Department of Spinal Cord Injury, Institute of Orthopedics and Traumatology of Chinese PLA, General Hospital of Jinan Military Area Command.

The inclusion criteria were: 1. without complicated with hyponatremia before admission; 2. Hospitalized within 24 hours after injury; 3. No lumbar puncture contraindication; 4. Jugular compression experiment shows the CSF circulation is normal; 5. Before discharge hyponatremia was cured; 6. Timely diagnosis of hyponatremia and targeted therapy is effective; 7. Having complete clinical data.

The exclusion criteria were: 1. having hyponatremia before admission; 2. Hospitalized exceed 24 hours after injury; 3. with lumbar puncture contraindication; 4. Jugular compression experiment shows the CSF circulation is not smooth; 5. Complicated with other diseases, such as diabetes, heart disease, hypertension, cancer and tuberculosis; 6. Before discharge hyponatremia was uncured; 7. diagnosis of hyponatremia is not timely and targeted therapy is ineffective; 8. Incomplete clinical data.

SIADH and CSWS are two main mechanisms to explain ACCT complicated with hyponatremia. SIADH is caused by abnormal secretion of the antidiuretic hormone which can enhance water reabsorption. CSWS is caused by inhibition of renal sympathetic and renin angiotensin aldosterone system which can lead to increasing of renal sodium excretion.

Urine and blood samples were collected by routine method. Lateral lumbar puncture was adopted to detect CSF pressure; normally the pressure at the ventricle is equal to terminal cisterna, so CSF pressure value is adopted to represent the intraventricular pressure. CSF pressure fluctuated with the fluctuation respiratory rhythm when existing 10 ~ 20mmH2O. Measurement of CSF was adopted by the average value of maximum and minimum pressure value under normal circumstances. Acute cervical spinal cord injury (ACSCI) could lead to CSF circulation obstruction, thus measured lumbar puncture pressure cannot be a good representative of intraventricular pressure. In clinical, we use jugular compression experiment to detect CSF circulation: when hand oppress bilateral jugular vein, the increased intracranial venous congestion cause intracranial pressure increase. Without obstruction, CSF pressure in the neck quickly rose to its highest point after 15 seconds, and can rapidly reduce to the initial test level after the removal of pressure in 15 seconds. Partial obstruction lead to slowly increased or decreased pressure, sometimes remove oppression cannot let the pressure fall to the initial test level; complete obstruction in the neck after the pressurization lead to CSF pressure does not rise or increased very small.

The results are expressed as means ± SD. Data were compared using the t test and Chi square test, respectively. A p value <0.05 was considered as significant. SPSS17.0 software was used to analyze data.

After diagnosis, among these 45 patients, there were 33 cases of hyponatremia patients, including 20 cases of SIADH and 13 cases of CSWS, another 12 cases patients were recruited to CSF group.

As we can see from Table 2, at the first slot the CSF pressure in SIADH group is higher than that of CSWS and NCH group, whereas pressure in CSWS group is higher than NCH group with statistical difference (p<0.05). In the second slot we observed same tendency, while at the third slot there is no significant difference among SIADH, CSWS and NCH group (p>0.05). In addition, when compared the CSF pressure at the 1st time slot in SIADH group with 2th time slot in CSWS group, there was no significant difference was observed (p>0.05).

Comparison within groups at the 3 time slots

It is estimated that SCI causes a 6000 deaths and 5000 new cases of quadriplegia in the United States each year [10]. Males are affected 4 times as frequently as females [11]. Hyponatremia is a common complication after ACCT. untimely treated hyponatremia will lead to serious consequences. At present, research involved in the mechanism of ACCT complicated with hyponatremia is still less and not entirely clear. SIADH and CSWS are two main mechanisms to explain ACCT complicated with hyponatremia. Although the two theories are not consistent, the similar clinical manifestations make clinicians hard to distinguish SIADH with CSWS.neuroendocrine disorders, autonomic dysfunction, the changes of hemodynamics, internal environment, and temperature and other various factors complexly all could affect metabolism between water and sodium.

Pathological processes of SCI showed different status depend on degree of injury, which can be divided into complete SCI, incomplete SCI and spinal cord concussion [12]. The acute phase (within 1 week after injury) is characteristics of edema, hemorrhage, microcirculation disorder, and inflammatory exudation in spinal cord tissue. In the medium phase (1 week after injury to several weeks), hyperplasia existed in astrocytes and glial fiber. The final phase (about half a year after injury) is that SCI become scar and cavities [13]. During the injury, factors caused SCI often cause different levels of hemorrhage in epidural, subdural and subarachnoid.

In the acute phase hemorrhage of outside spinal cord tissue is associated with hemorrhage, edema in spinal cord. Coupled with the inflammatory substances released into the CSF, which act on the choroid plexus and ependymal cells, can destruct blood-brain barrier leading to increasing production of CSF. These factors all can affect pressure and composition of CSF.

Normally CSF pressure is in a dynamic balance system, which constantly produce and reflux, any pathological state which disturb this balance system will affect intraventricular CSF pressure. Factors affecting CSF pressure can be divided into two categories: increasing factors and decreasing factors. Increasing factors include infection in the central nervous system, trauma induced hemorrhage in brain and spinal cord parenchyma, hematoma in subarachnoid hemorrhage, subdural, and epidural, intracranial venous sinus thrombosis, vascular disease, cancers of the central nervous system, and epileptic seizures [14]. Decreasing factors such as spinal cord compression, epidural hematoma, and CSF leakage are caused by trauma; spinal subarachnoid adhesions and reduced secretion of CSF caused by various factors; there are other iatrogenic factors like long-time ventricular drainage [15]. In this study, we applied lateral lumbar puncture to detect CSF pressure on behalf of intraventricular CSF pressure. In order to ensure its safety and accuracy, attention must be paid to possible CSF cyclic interrupt, lumbar puncture contraindication and so on.

At present, the mechanism of SIADH after ACCT is often involved in head injury which could make brain move inside the cranial cavity, leading stimulation or slight injury in the hypothalamus. After ACCT, the innervation of take charges, the effective circulating blood volume reduced, and lowering blood pressure and stimulating the baroreceptor. The above all can stimulate secretion of antidiuretic hormone. However, abnormal secretion of antidiuretic hormone can cause renal tubular reabsorption of water, leading to oliguria and dilutional hyponatremia [16].

The mechanism of CSWS after ACCT is that inhibition of the sympathetic nervous system during spinal shock after ACCT can decrease renal sympathetic nerve excitability, thereby inhibiting the renin-angiotensin-aldosterone system. Then increased renal sodium excretion leads to hyponatremia. The new study also showed hyponatremia is related to the concentration increase of atrial natriuretic peptide and brain natriuretic peptide in blood [17].

After ACCT, the pathological changes of the body are complex, sometimes ACCTI complicated with hyponatremia cannot get a full explanation alone using SIADH or CSWS theory, so the possibility of two types mixed must not be categorically excluded. Clinical trials have been reported the presence of mixed SIADH and CSWS cases [18]. At present, reports about patients who suffer from multiple sclerosis, epileptic seizures and tuberculosis meningitis after CSF pressure increasing can also complicate with SIADH, which indicate that other disease may also be able to cause SIADH through the change of CSF pressure and composition [19].

Our study demonstrated that durring ACCT, increased CSF pressure might closely relate with the pathogenesis of SIADH, but not CSWS. Increased CSF pressure after ACCT combined with other factors lead to SIADH, which need further researching. In addition ACCT complicated with hyponatremia could cause CSF pressure increase. This study focuses on analysis and discussion on CSF pressure change after ACCT and its relationship with hyponatremia. However, this conclusion also needs to be confirmed by larger sample size and further clinical intervention.

All authors included in this research promised there are no any actual or potential conflicts with any person or group or organization. If there is a problem, we are willing to bear the responsibility.

We would like to express our gratitude to all those who gave us the possibility to complete this study. Thanks to professor Zhao who gave and confirmed this permission and encouraged us to go ahead with this study. In addition, Thanks to all the colleagues and teachers for their stimulating support.

The authors declare there is no conflict of interest. 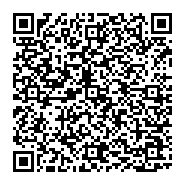