The protein parts of nucleosomes, the DNA-protein complexes that make up the substructure of transcriptionally inactive chromatin, are the target of anti-histone antibodies. They are typical of and sensitive for drug-induced lupus, where they associate with anti-ssDNA, and they are prevalent in SLE, where they associate with anti-dsDNA. Clinical correlations for anti-histone antibodies have not proven reliable due to the fact that they are frequently observed in other rheumatic disorders, such as myositis and SSc, as well as chronic infections.

Drug-induced lupus is a term used to describe a clinical state that follows exposure to a variety of medicines and is characterised by serositis, musculoskeletal complaints, and constitutional symptoms that resemble mild lupus (most notably procainamide, hydralazine, chlorpromazine, and methyldopa). ANA and anti-histone antibodies have been linked to drug-induced lupus, although the production of more specialised autoantibodies has been uncommon. Autoantibodies can last up to 12 months, however symptoms typically appear weeks to months after the inciting therapeutic agent is started and go away within weeks of the drug's discontinuation [1].

The medications used to treat TB may cause a number of rheumatic illnesses to flare up. These include rifampin- and isoniazid-induced drug-induced lupus. They are linked to positive anti-nuclear antibodies and the presence of antihistone antibodies, just like other drug-induced lupus cases. These patients typically experience a benign course, with disease resolution following drug discontinuation [2].

Anti-nucleosome antibody analysis has recently been included to the diagnostic toolbox for SLE. This was because it became more and more obvious that the nucleosome is the primary autoantigen in SLE. Auto-antigens, such as nucleosomes, are released when apoptotic cells aren't completely removed. These autoantigens may undergo modification during apoptosis, increasing their immunogenicity. Dendritic cells present an immunogenic stimulus, which causes a T-cell response. These nucleosome-specific T-cells produce antibodies against dsDNA, histones, and not just nucleosomes [3]. SLE is more likely to have anti-nucleosome autoantibodies (55-70%) than anti-dsDNA antibodies. They more closely correlate with lupus nephritis and SLE disease activity. In 40% of SLE patients with negative anti-dsDNA tests, they can be found. Patients who were taken off infliximab after being diagnosed with TB illness and starting therapy have reported paradoxical effects. When a patient initially responds favourably to treatment, these reactions can manifest as a worsening of pre-existing TB lesions or the development of new lesions unrelated to the usual course of the disease. Although the exact mechanism underlying these reactions is not yet known, they have been included in the spectrum of immune reconstitution inflammatory syndromes. Following the start of antiretroviral therapy, these reactions are more frequent in HIV patients [4].

Atrophoderma of Pasini and Pierini, lichen sclerosus et atrophicus, superficial dermal and epidermal inflammatory conditions that some believe to be on the milder spectrum of LS, cutaneous T cell lymphoma, particularly if there is a deeper purple skin discoloration, and collagenoma, which typically presents with induration of the skin and subcutis without pigmentary changes, are among the few differential diagnoses [5].

Moderate agreement analytically were seen between ELISA and LIA methods in a general laboratory cohort. Both assays were comparable in their diagnostic performance. ELISA detection of AHAs appears to have some clinical use in our cohort of SLE patients. Future studies are required to explore the clinical utility of AHAs in SLE and other disorders. 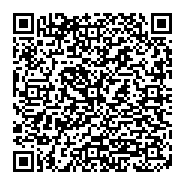