Objective: To compare the clinical efficacy and safety between doublet and triplet neo-adjuvant chemotherapy regimens for patients with unresectable advanced gastric cancer.

Methods: All patients diagnosed with unresectable advanced gastric cancer were randomly divided into doublet (group A) and triplet groups (group B). In group A, patients received two kinds of chemotherapy drugs and their counterparts in group B were administered with three kinds of chemotherapy drugs. The primary-endpoint was the rate of patients converted to resection for unresectable advanced gastric cancer. The secondary-end points included the response rate of the neoadjuvant chemotherapy, survival and adverse events.

Conclusions: For unresectable advanced gastric cancer, more effective interventions including triple chemotherapy drugs did not produce more benefit on survival and other clinically relevant outcomes, and had more toxic effect.

Recently, the prevalence of gastric cancer decreases and it is still among the highest mortality rate. Generally, gastric cancer patients are diagnosed with advanced stage involved with adjacent structures [1]. For those fail to tolerate radical surgery during initial diagnosis due to advanced stage, their clinical prognosis is relatively poor [2].

Previous investigators have found that treatable gastric cancer can be effectively managed with neoadjuvant chemotherapy [3]. Multiple chemotherapy regimens have been applied to decrease the tumor staging and increase their survival [4,5]. In a trial from the UK, three courses of pre-operative chemotherapy using epirubicin, cisplatin and 5-Fluorouracil (5- Fu) improve the survival compared with surgery alone [6]. In recent years, supplement of docetaxel to 5-Fu and cisplatin has been proven to enhance clinical prognosis of such population in the Europe, USA, and other countries. [3,7]. Though the response rate of these combined regimes consisting of three drugs was alarmingly high, the risk of neutropenia and febrile neutropenia was significantly increased. Doublet regimen such as capecitabine+oxaliplatin and S-1+cisplatin [8,9] yields a high response rate and slight adverse events. The clinical efficacy of treatment consisting of three chemotherapy drugs remains to be elucidated in clinical settings [10].

The goal of this clinical trial is to compare the clinical efficacy and safety between the doublet and triplet neoadjuvant chemotherapy regimens in the treatment of resectable advanced gastric tumors following radical surgery.

During January 2013 and December 2014, clinical data of patients diagnosed with topically advanced gastric cancer were prospectively analysed during the initial diagnosis in our institution. Inclusion criteria: Those with gastric or gastroesophageal adenocarcinoma validated by histochemical staining; (2) Bulky lymph nodes (≥ 3 cm × 1 or ≥ 1.5 cm × 2) along with the plenic, celiac, the superior mesenteric vein, and common/proper hepatic artery; The macroscopic tumor type is neither the Borrmann type 4 nor large (8 cm or more) type 3. Tumors invade into surrounding structures (T4b); those received at least 1 cycle of chemotherapy and at least one Computed Tomography (CT) scans evaluation. Exclusion criteria: Peritoneal metastasis (gross or microscopic); Tumor metastatic to the lung, liver or other sites, with pleural effusion; Serious uncontrolled co-morbid conditions; No target lesion; No CT evaluation; Multidisciplinary evaluation was performed prior to patient enrolment. Written informed consents were obtained from all participants. The study procedures were approved by the ethics committee of our hospital.

Following different cycles of chemotherapy, patients received abdominal CT scan to assess the response rate and determine whether radical surgery is necessary. Tumor response rate was assessed based upon the assessment criteria of RESIST 1.1 [11]. An absence of carcinoma cells in the primary site was defined as path CR (pathologic complete response), and <10% residual carcinoma cells in the specimen was defined as path PR (pathologic partial response) [12]. The severity of adverse events was evaluated based upon NCI-CTC 3.0 [13].

During November 2012 and January 2015, 288 patients were enrolled in the study. All patients had full information of follow-up. The baseline characteristics of the patients are shown in Table 1. The two groups had good balance in the items of gender, age, KPS status, site of location, histologic subtype, causes of unresectable reason, clinical stage.

After a median of 4 cycles and 12 w of chemotherapy, 283 patients had response evaluations (one did not because of acute perforation of stomach five days after the first regimen of chemotherapy). There was no difference in two groups. In group A, one person had a Complete Response (CR), 66 had Partial Responses (PR), 50 had Stable Disease (SD), and 20 had Progression of Disease (PD). The Response Rate (RR) was 48.6% and Disease Control Rate (DCR) was 84.3% (Table 2).

*One did not have response evaluation because of acute perforation of stomach five days after the first regimen of chemotherapy.

Mild adverse events occurred in both groups, as illustrated in Table 4. No case died from chemotherapy or surgery. Gastrointestinal symptoms and leukocytopenia were the primary adverse events. Triplet group had more serious adverse effect in leucopenia (8.6% vs. 20.3%, P=0.047), fatigue (2.9% vs. 12.2%, P=0.036) and vomiting (1.4% vs. 9.5%, P=0.035). One patient presented with acute gastric 5 d after the first cycle of chemotherapy. Four postoperative complications occurred in patients undergoing surgery perioperatively.

Surgery has been the mainstay of treatment for primary gastric cancer, and good results with gastrectomy have been reported in early gastric caner, but the prognosis of advanced gastric cancer was not improved with surgery therapy. In the present investigation, patients receiving preoperative chemotherapy followed by radical gastrectomy obtained longer survival. Nevertheless, the optimal neoadjuvant chemotherapy regimen for resectable advanced gastric tumors remained debated. A concurrent triplet regimen is attractive as the neoadjuvant (preoperative) chemotherapy because a triplet regimen may have a high response rate. Considering the outcomes of the MAGIC trial [3] and Real-2 trial [14], epirubicin, cisplatin and 5-Fu (ECF) and epirubicin, cisplatin and capecitabine (EOX) are regarded as the standard perioperative chemotherapy. In Japan, an S1/cisplatin/paclitaxel combination regimen showed 63.5% and 59.1% in two Phase II studies [15,16]. However, phase II studies have demonstrated that doublet regimen such as XELOX and SP regimen produces a favorable tumor response rate with a relatively mild toxicity profile [8,9]. These results suggested that regimen including three key drugs do not have more benefit in terms of response rate as neoadjuvant chemotherapy than doublet regimen. Not just more that, it had been showed that more adverse effects occurred in triplet regimen and the tolerability was not acceptable. In the MAGIC trial, severe adverse events sometimes occurred during the first course of chemotherapy just after gastrectomy. It is challenging to finish intensive chemotherapy postoperatively. In current study, the clinical outcome difference between preoperative doublet and triplet chemotherapy regimens has been analysed for the first time in China. We confirmed that doublet regimens have similar response rate (48.6% and 48.7%) and conversion rate to radical resection (55.7% and 62.1%) with triplet regimens, and are more tolerate. Meanwhile, the PFS and OS in two groups did not significantly differ (15.0 vs. 14.0 months and 29.1 vs. 30.0 months).

In our study, the most generally used doublet regimen was XELOX (70.0%) and EOX regimen (74.0%) was the mostly used triplet regimen for gastric cancer. In spite of the chemotherapy consisting of XELOX or EOX, no statistical significance was identified in terms of survival. Similarly, no matter what the patients had radical surgery or not, the PFS and OS in two groups were the same. The patients who had curable operation could benefit more from transformable chemotherapy than these received palliative treatment, and the benefit was not affected by the choice of chemotherapy regimen.

Gastrectomy combined with D2 lymphadenectomy is an efficacious intervention for curable gastric tumors, whereas the safety of D2 resection lymphadenectomy remains to be elucidated. In the present study, a majority of patients in group A (74.4%) and group B (82.6%) received R0 resection in combination with D2 lymphadenectomy with a median discharge time of 11 and 10 d, which did not differ from those untreated with neoadjuvant chemotherapy [14]. Eight among 206 patients undergoing palliative and radical surgery yielded surgical complications of pulmonary infection and pancreatic fistula.

Previous investigations have demonstrated that patients who achieved a complete response (pCR) with no residual microscopic tumor obtained the most benefits from neoadjuvant chemotherapy. Nevertheless, merely 5%-10% of patients obtained pCR, which in uncommon in clinical practice. In this investigation, the CR rates were 5.1% in group A and 4.3% in group B, which is consistent with the previous findings [17-21]. In current research, 3 cases obtained who stable disease after obtaining pCR. CT scan findings are not constantly consistent with the histological results.

In addition, our data indicate that chemotherapy related toxicity effects tended to be more frequent in Group B (triplet therapy) than Group A (doublet therapy), especially in leucopenia, fatigue and vomiting. In addition, the perioperative complication in triplet group was more than doublet group, three and one respectively. More aggressive treatment including three chemotherapy drugs had more toxicity effect, but did not produce more benefit on survival and other clinically relevant outcomes as expected.

The limitation of current study is in non-randomized and nonblinded setting. The chemotherapy regimens are not consistent which might produce selection bias. Moreover, the follow-up time is short and the 5 y OS rate has not yet been reached. 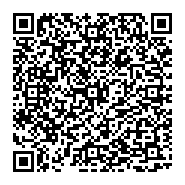