Carcinogenesis and pathophysiology of B-Cell acute lymphoblastic leukemia in children.

The most frequent type of malignancy in children is acute lymphoblastic leukaemia (ALL). Bcells and T cells, which are immune system cells, are affected. B-cells are commonly affected by ALL in youngsters. It's natural to be concerned when your child is diagnosed with acute lymphoblastic leukaemia, but bear in mind that almost all children with this condition can be cured. Because they lack the protection of B- cells, children with B-cell ALL are more susceptible to infections.

Lymphoid cells are created in the bone marrow from pluripotent hematopoietic stem cells. B cells are distinguished from pro-B cells, pre-B cells, and mature B cells, which are all lymphoid progenitor cells. Cell signal transduction, active transcription factors, and positive/negative selection are all involved in the maturation process. Malignancies of B precursor-stage lymphoid cells, on the other hand, limit lymphoid development, resulting in aberrant cell proliferation and survival in B-Cell.

To explain the carcinogenesis of childhood ALL, the "two hits theory" has been proposed. The TEL-AML1 fusion gene, in particular, is a mutation that can be present years before any clinical symptoms manifest, and the mutation often occurs in utero. This oncogene can cause gene lesions in Hematopoietic Stem Cells (HSCs); following the second genetic mutation (or environmental trigger), the multistep cascade is initiated, resulting in ALI. TEL-AML1 is thus the disease-causing genetic defect, and the leukemic cells remain in the pro-Bcell stage. Experiments on cord blood samples show that the TEL-AML1 gene mutation occurs in the womb. TEL-AML1- positive people are more likely to develop ALL. TEL-AML1 has the ability to promote HSC expansion and transformation. The 'two hits hypothesis,' which states that two gene alterations are important in the later development of the malignancy, is compatible with this sequence of events [1].

The BCR-ABL fusion gene is formed when the ABL gene on chromosome 9 switches places with the BCR gene on chromosome 22. The Philadelphia Chromosome (Ph) is chromosome 22 that contains the novel fusion gene. The BCR-ABL1 tyrosine kinase gene, which is transcribed on the Ph chromosome, is the most prevalent mutation in B-cell ALL, with the Ph, BCR-ABL-1 positive gene mutation having the worst prognosis. BCR-ABL can cause GRB2, GAB2, and Son-of-Sevenless to form a complex, which then activates RAS and recruits PI3K. RAS activation activates the Mitogen-Activated Protein Kinase (MAPK) signalling pathway, which promotes cell proliferation. PI3K activates its downstream target, the serine-threonine kinase Akt, and reduces the function of forkhead O transcriptional factors, degrading p27 and activating mTOR, to mediate cell survival and proliferation. BCR-ABL can drive cell proliferation by regulating STAT5 activity, which increases cyclin D2 expression by downregulating miR-93 expression.

Protein in paired boxes Pax-5 is a nuclear transcriptional factor-encoding B cell activator protein. It affects the development, differentiation, migration, and proliferation of B cells. Pax-5 regulates the progression of B cells from pro to mature. In B-Cell, abnormal Pax-5 expression can lead to leukemic transformation early in the carcinogenesis process. The formation of pro B cells is halted when Pax-5 expression is reduced, indicating that Pax-5 plays a vital role in B cell development. Pax-5 is overexpressed in over 90% of paediatric B-Cell patients. Pax-5 can form an active kinase domain by fusing with other proteins, such as Janus kinase (Jak) 2, which leads to B cell proliferation via the Jak-STAT signalling pathways.[2]

Mutations in the RAS pathways are common in patients with ALL who have a poor prognosis or relapse; these mutations commonly develop during chemotherapy and are found in clones of relapsed leukemic cells. A recent study examined 13 RAS pathway genes derived from 461 children patients with B cell precursor-ALL who were initially identified, and found that 44.2 percent of them had mutations in their RAS pathways. RAS mutations are also seen in around 40% of relapsed paediatric patients with ALL. The activation of RAS pathways in leukemic cells reduces the effectiveness of medical treatment with glucocorticoids or anthracyclines. HSC cells with mutations in the RAS gene proliferate uncontrollably. Approximately 15% of ALL patients in children have mutations in both the NRAS and KRAS genes. These mutations, on the other hand, have no link to any other clinical manifestation [3].

Cell proliferation and survival are aided by the PI3K/Akt signalling pathway. PI3K controls the expression of proteins like mTOR, Bcl-2, NFB, and others that drive cell growth. The PI3K/Akt signalling pathway is active in a variety of liquid malignancies, including B cell precursor-ALL, and hence plays a key role in pathogenesis. Marrow stromal cells (MSCs) enhance the growth of leukemic cells and strengthen their resistance to treatment in the leukaemia microenvironment via the PI3K/Akt signalling pathway. MSCs release C-X-C motif chemokine 12, which binds to C-X-C chemokine receptor type 4 on leukaemia blast cells and impacts their survival and proliferation via the PI3K and Wnt pathways. In B-Cell, the PI3K pathway is typically overactivated, and this overactivation is linked to glucocorticoid resistance. Negative regulators of the PI3E mutation, such as Phosphatase and Tensin Homolog (PTEN), may increase the risk of therapy failure and recurrence in B-Cell patients.

The development of B- Cell is linked to disrupted cell cycles. Leukemogenesis is caused by the uncontrolled growth of HSC and immature lymphoblastic cells. In B-Cell, overexpression of the c-MYC protein is linked to a faster cell cycle progression. c-MYC dysregulation is associated with an aggressive course of disease, chemo resistance, and a poor prognosis in aggressive B-Cell patients. Autophagy inhibitors limit B-Cell proliferation by arresting the cell cycle at the G2/M phase, implying that autophagy in B- Cell may speed up the cell cycle, and thus autophagy may be a novel therapeutic target for B-Cell ALL treatment [4].

Furthermore, increased expression of Nucleophosmin (NPM) has been linked to the development of acute leukaemia. NPM is typically detected in actively proliferating cells and plays a crucial role in cell proliferation. The cell cycle enters G2/M phase after NPM phosphorylation at both the Ser10 and Ser70 sites, which is mediated by Cdk1 and Cdc25C modulations. The most common cancer in children is B-Cell. Despite improved cure rates in recent years, some patients will still experience relapse. Understanding the molecular pathways involved in B-Cell pathogenesis and relapse mechanisms is crucial. Under the existing treatments, not all B-Cell patients have adequate results [5]. Newly developed immune-targeting therapy would likely increase chemotherapy efficacy and prognosis. Biomarkers can be used to track the progress of a treatment and to inform drug and dose modifications. To gather insights for developing more effective immune targeting treatments and treatment protocols, well-designed clinical trials should be done. 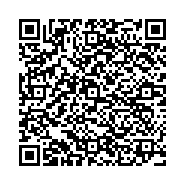