Diabetes Mellitus (DM) is a metabolic disorder that is on the rise worldwide. Around 90% of people with diabetes have Type 2 Diabetes (T2D), however the prevalence of Type 1 Diabetes (T1D) is also rising globally. The disruption of glycemic homeostasis that results in hyperglycemia, a defining feature of DM, is mostly caused by the inability of pancreatic beta cells to generate insulin and the impairment of insulin action. The development of both macro- and microangiopathies results in problems that are displayed in DM as a complicated picture. Currently, it is accepted that the best method for lowering the risk of diabetes chronic complications is improved glucose management. Cell dysfunction, an abnormality in insulin production, and hyperglycemia are the hallmarks of Diabetes Mellitus (DM), a common metabolic disease [1]. Type 1 Diabetes Mellitus (T1DM), Type 2 Diabetes Mellitus (T2DM), gestational diabetes mellitus, and other types of DM are currently recognised. The International Diabetes Federation (IDF) declared that diabetes has reached an alarming level as a serious health issue on December 6, 2021, making it one of the 21st century's fastest-growing worldwide health catastrophes. According to statistics, there will be 537 million individuals worldwide who have diabetes by 2021, accounting for nearly 10.5 percent of all adults. As a result, the health burden that diabetes places on people, families, and society as a whole continues to be a significant concern, according to the most recent data. Patients with diabetes frequently exhibit hyperglycemia in addition to a number of serious complications, many of which have a high mortality rate. These complications include diabetic nephropathy, diabetic eye complications, diabetic foot complications, cardiovascular complications, and diabetic neuropathy [2]. One of these is cardiovascular complications of diabetes, which are also one of the leading causes of death in diabetic people. Diabetes is often treated by lowering a patient's blood glucose level, and common treatment methods include lifestyle changes and anti-diabetic drugs.

T2D therapeutic options for insulin sensitizers, which may enhance glycemic control, have received a lot of attention. However, attention has been drawn to their usage as supplemental medicines to insulin therapy in light of the new discovery of insulin resistance in T1D patients. Resveratrol has received a lot of interest lately in addition to other substances being tried to treat DM. A naturally occurring polyphenol of the stilbene class, resveratrol is mostly found in grapes and blueberries but is also present in many other plant species. The primary mechanism behind its actions, NAD + dependent histone deacetylase sirtuin 1 (SIRT1), is capable of being activated by it. Resveratrol has been found to have a wide range of health-related features, including the ability to treat conditions like cancer, Alzheimer's, obesity, and diabetes mellitus [3].

It has been suggested that most of these glucose fluxes are altered in DM, and that this would include alterations in the expression of certain glucose transporters. On the other hand, it has been suggested that controlling some glucose transporters is a key focus for the creation of DM treatment and prevention strategies. In this situation, resveratrol may modify the expression of some GLUTs/SGLTs that are widely distributed in peripheral regions, which may contribute to its effect on glucose homeostasis [4].

A dangerous metabolic condition, diabetes mellitus, affected 382 million individuals globally in 2013. According to estimates, there will be 592 million diabetics worldwide in 2035. Diabetes is split into various categories in accordance with a current classification based on the aetiology, clinical symptoms, and method of treatment. The most prevalent of them, accounting for more than 90% of cases, are type 1 and type 2 diabetes. Metabolic imbalances and significant consequences are linked to diabetes. Angiopathies, cardiovascular issues, blindness, renal failure, neuropathies, and an elevated risk of cancer are only a few examples of long-term consequences. In order to avoid problems from diabetes and to enhance the quality of life for diabetic people, diabetes management needs to be very effective [5].

A wide range of anti-diabetic medications, including human insulin,-glycosidase inhibitors, dipeptyl peptidase-4 inhibitors, incretin analogues, biguanides, insulin secretagogues, insulin sensitizers, and intestinal lipase inhibitors, are available as part of the pharmacological treatment of diabetes. Nevertheless, despite several efforts, the side effects of currently prescribed medicines include hypoglycemia, gastrointestinal issues, body weight increase, and others. To better prevent and cure diabetes, new medications and natural substances are therefore continuously being explored. Resveratrol has received a lot of attention among the examined substances because of its pleiotropic effect. Different plant species contain the biologically active natural substance resveratrol (3,5,4-trihydroxystilbene), which benefits both humans and animals. There are a number of benefits that resveratrol is known to have, including those that are anti-oxidative, cardio-protective, anti-cancer, anti-inflammatory, neuroprotective, and anti-obesity. Resveratrol's antidiabetic activities have been thoroughly investigated in numerous animal models during the past ten years [6]. The acquired results demonstrate that resveratrol can induce advantageous effects in diabetic mice, which alleviates diabetes. Human investigations have also been carried out, offering intriguing and encouraging evidence. The effects of resveratrol on diabetic people and on diabetes-prone animals are outlined in this review.

Natural ingredients have long been recognised as a top source for diabetes medications. Resveratrol (3,4′,5-trihydroxystilbene) is a polyphenol anti-toxin contained in many plants, including grapes, berries, and peanuts. It is a typical natural product with numerous metabolic advantages. In numerous animal models, resveratrol has been shown to be a potent antioxidant that can protect a wide range of illnesses, including cancer, diabetes, and cardiovascular diseases. Based on its alleged antioxidant, anti-inflammatory, hypoglycemic, activation of the SIRT1-AMPK signalling pathway, induction of autophagy, and other effects or molecular mechanisms to reduce diabetes and its cardiovascular complications, resveratrol has been shown in numerous studies to have some protective effects against diabetes and its cardiovascular complications. The purpose of this review is to present a thorough and current synthesis of the therapeutic effects of resveratrol in DM and its cardiovascular consequences based on in vitro to in vivo investigations. We also clarify the putative molecular processes of resveratrol with the goal of establishing a reference point for resveratrol in the management of diabetes mellitus and associated cardiovascular consequences [7].

Resveratrol has so far been demonstrated to have positive effects on T2D rodent models, T2D patients, and untreated T1D-like rats. Due to the fact that T1D patients must utilise insulin therapy in order to survive, this latter condition has no bearing on research into the possible advantages of resveratrol for T1D patients. The goal of the current investigation was to determine whether resveratrol could supplement insulin therapy in an experimental model of T1D. In order to do that, resveratrol was also administered to insulin-treated STZ rats, and the glycemic control and expression of glucose transporters in various regions involved in glycemic homeostasis were assessed. Additionally, because the expression of the glucose metabolism genes SIRT1 and GLUT2 in the liver was significantly altered activity were also investigated in this territory Figure 1. 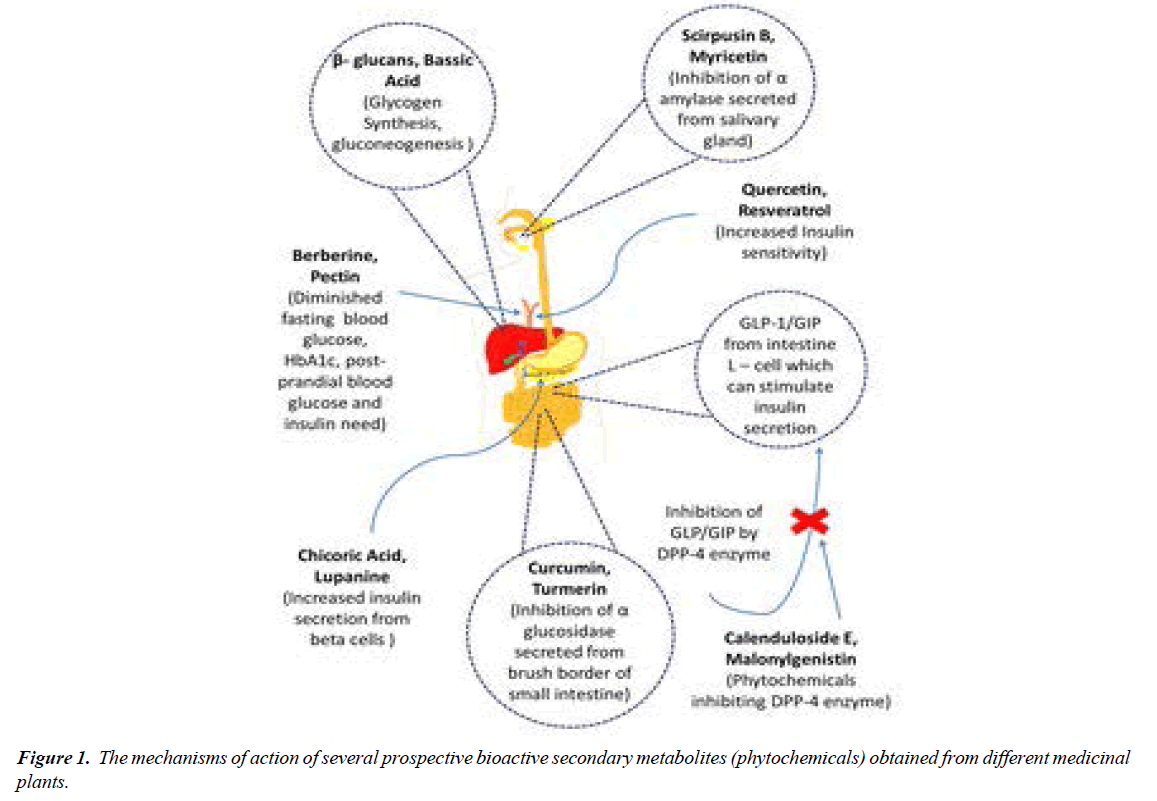 Resveratrol reduces blood glucose levels in diabetic rats induced by STZ or STZ-NA, and this action is correlated with an increase in blood insulin levels. Resveratrol's potential to shield pancreatic beta-cells is clearly suggested by the fact that they are the only source of insulin. This premise has been supported by experiments using rodents. It has been established that resveratrol's anti-oxidant activity contributes to its protective effects on pancreatic tissue in type 1 diabetic rats. Resveratrol boosts the activity of antioxidant enzymes such catalase, superoxide dismutase, glutathione peroxidase, and glutathione-S-transferase in pancreatic tissue to enhance anti-oxidant defence and shield cells from free radical damage. Due to the weak antioxidant defence of -cells, which makes them vulnerable to oxidative stress, the anti-oxidant action of resveratrol in pancreatic islets is of special interest oxidative stress. Additionally, it was discovered that resveratrol prevented STZ-induced apoptosis and reversed degenerative alterations in the beta cells of STZ-NA-induced diabetic rats. The reduction in apoptosis is accompanied by a blockage of caspase-3 activity and is primarily caused by resveratrol's inhibition of PARP cleavage, which is comparable to the impact of nicotinamide [8].

Effects of Resveratrol on Blood Insulin Levels and β-Cells

Plants, fungus, bacteria, algae, animals, minerals, and their metabolites are all part of the biodiversity of resources of natural products from rich ecosystems, and they offer a distinctive and renewable resource for the discovery of possible new polyphenols with novel bioactivities. Natural products typically have higher molecular weights, more sp3 carbon atoms, and fewer nitrogen and halogen elements than synthetic drugs or combinatorial libraries. They also typically have more chiral centres, which increase steric complexity and increase molecular rigidity. This is one of the main advantages of natural products over synthetic drugs or combinatorial libraries. The introduction of novel molecular skeletons and functionalities, which may alter their bioavailability and bioefficacy, is the significance of natural product chemistry. In addition, natural polyphenols made by living things are more biologically friendly and drug-like than entirely synthesised compounds. Using biotechnology, such as transgenic plants, microbial fermentation, and enzyme engineering, it is possible to produce particular natural bioactive polyphenols Figure 2. 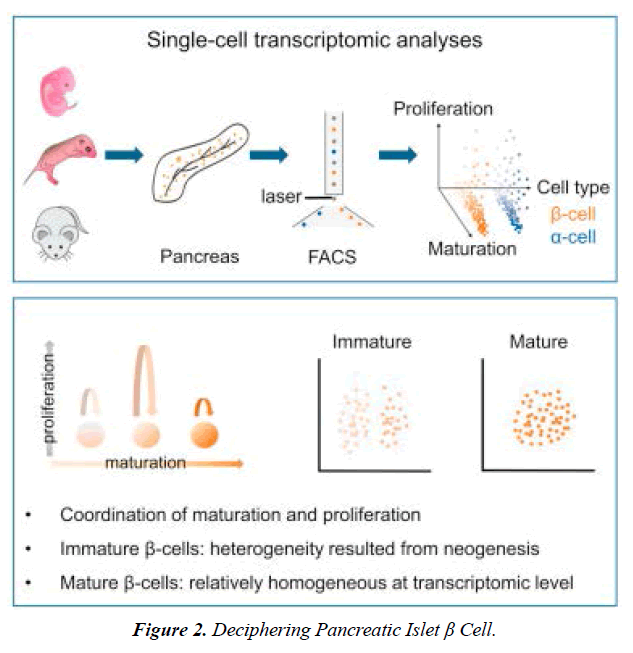 The complex class of bioactive compounds known as phenols are created via the naturally occurring processes of shikimate and acetate. Phenolic chemicals are present in almost all edible and medicinal plants. Fruits, spices, seeds, and vegetables are some of the foods that are the richest dietary sources of phenolic and polyphenolic substances. Additionally, specific alcoholic drinks including tea, coffee, and wine considerably increase the daily intake of phenolics. Researchers have concentrated on phenolic compounds in their study of their application as therapeutic agents because of their structural diversity and therapeutic actions. Simple phenols are substances with a single phenolic ring, while polyphenols are substances with many phenolic rings Figure 2. Simple phenols (also known as phenolic acid), lignans, stilbenes, and polyphenols are the four main categories of phenolic chemicals (referred to as flavonoids) [9]. Flavonoids, which include flavonols, flavones, flavanones, isoflavones, and anthocyanins, are the diverse group of polyphenol metabolites Table 1.

Table 1. Characteristics of the non-diabetic (ND), diabetic rats treated with placebo (DP), with insulin (DI) and with insulin plus resveratrol (DIR).

Numerous health-promoting properties of resveratrol have been observed in both humans and animals. The beneficial effects of this compound, including antihyperglycemic action and protection of pancreatic beta-cells, have been recently well established in animals with experimental insulindeficient diabetes. This finding suggests that this compound may support the current management of type 1 diabetes. However, investigations on humans are still needed to confirm the efficacy of resveratrol in treating type 1 diabetes. Resveratrol has been shown to have anti-diabetic effects in animal models of type 2 diabetes, according to a significant body of research. It is well known that in diabetic mice, resveratrol enhances pancreatic islet shape and function and reduces insulin resistance. Resveratrol effects are closely related to modifications in AMPK and SIRT1 expression and activity in several tissues of diabetic rats. Diabetes is improved by resveratrol, which is also known to have antioxidant and anti-inflammatory properties. It is important to note that resveratrol can have a wide range of actions in many tissues, and this pleiotropic activity results in a therapeutic effect on the entire body.