Introduction: Breast cancer is the most common cancer among women. Early and timely detection can increase the effectiveness of more treatment options and lead to more efficient treatment. Mammography is the most standard method for detecting breast cancer, but due to some constraints such as low light intensity, especially in dense breasts, some techniques by means of image processing and artificial intelligence have been developed to detect cancer. These techniques consist of three stages: pre-processing, segmentation and extraction of the tumor areas.

Method: In this paper, using a combination of fuzzy inference and coordinate logic filter, mass candidate regions specified. Then, using thresholding, exact location of masses specified and can be detected in the mammogram.

Results: Because intelligent systems without human errors in diagnosis are common, accuracy and speed of detection proposed method is very high and has a significant coefficient p=0.01 for accurate diagnosis compared with a human detection method.

Conclusion: The experimental results on MIAS database emphasis on the superiority of the proposed method compared with validate existing methods. Diagnosis results achieved high accuracy and precision and margin of less than 8% error for the correct diagnosis.

Cancer refers to producing an uncontrolled number of cells in a specific part of the body. Breast cancer is a type of malignant tumor of the breast that is produced by breast cells [1]. One of the major methods for the detection of breast cancer is mammogram images. Given that, according to recent statistics, breast cancer has the most mortality rate among cancers, early detection of breast cancer is essential [2]. Early detection of breast cancer through mammography screening, increases breast cancer treatment options and survival rate. Unfortunately, due to human factors involved in the screening process, the diagnosis of suspected tumors is exposing to high degree of errors. Screening studies have shown that between 10%-30% error rates to detect cancer caused by radiologist [3] and 43% of the errors due to scanning error [4]. Generally masses are divided into two benign and malignant categories. In benign mass intensity difference of edges in compared to other parts of image is very gentle and uniform. While there are sharp edges and highlight areas on the edge of malignant masses and intensity of tumor’s edge is very high compared with other parts of the image.

In most cases, the radiologist investigates mammography image to determine existing of the mass. If a malignant lump is detected based on the opinion and experience of the radiologist, the patient should be referred for biopsy. In these circumstances, regard to the costs and complications of biopsy, using a computer-assisted method that can automatically classify the existing tumors to benign and malignant, will be very important and helpful [5]. Each computer-aided detection system is based on artificial intelligence techniques and image processing. The main characteristic of a breast tumor usually is the presence of a dense body or changes in breast texture on mammogram images [6]. Several methods for computer aided breast cancer diagnosis have been proposed by researchers. Some of researches which are done in this field are as follows:

Rangayyan et al. [7] proposed two morphological features (fractional concavity and secular’s index) based on the hand-drawn mass border. Then these two features with a feature which is related to compressibility, combined for classifying masses to benign or malignant. This method is appropriate for classification of limited benign masses and malignant masses with sharp edges. Then Rangayyan and Nguyenused fractal dimension to mass classification. The combination of the calculated fractal dimension by measuring the characteristics of pre-developed image, improved the classification performance [8]. Another presented method is using of wavelet transform, Lin et al. [9] produced more mammography features using multi scale wavelet orientation and choices, by increasing local contrast. In [10], a method was provided for mass detection in mammography that used the Gaussian smoothing and sub-sampling for pre-processing. Then using the links to the intensity of the backlight from the mass center to its surrounding area, mass segmentation is performed. In [11], a method is provided for segmentation of the interested areas. This algorithm describes borders of the breast, chest muscles and dense areas that are candidates for the masses.

In [12] have tried to automatically recognize mass zones. In this method, canny edge detection is used to determine the boundaries of the body as well as specify areas where the border is more like to breast. Then, curved and bent edges detected using the Hough transform. In [13] a compact and effective method based on the law has given, which by adding a fuzzy genetic algorithm optimizes the parameters and characteristics. The rest of the paper is organized as follows: the proposed algorithm included noise removal, improving fuzzy edge detection and diagnosis the exact boundary of mass is provided in Section 2. Experimental results and conclusion are proposed in section 3 and 4 respectively.

In this paper, diagram of the proposed algorithm to extract the boundary of tumor in the mammogram images is shown in Figure 1.

For better performance to eliminating noise and smoothing the mammography photos before edge detection, median noise reduction operator is used. Noise removal operation is doing well by this filter which uses the average of the neighboring pixels around each pixel. In this paper, a 3*3 mask is used for filtering operation.

Using fuzzy inference system, pixels of image are divided into three groups: black, white and edges. The input image is a grayscale mammography image and its intensity is scaled between 0-255. With regard to the designed membership functions for three groups of black, white and gray, each pixel will be assigned to one of these three groups with fuzzy inference and 16 written rules. Operation of the designed fuzzy system in this paper is as follows:

By a 4*4 mask, the hole of image is scanned. Then according to the fuzzy system rules, pixels with large intensity difference in comparison to neighboring pixels will belong to edge group.

Finally, membership function generates a number between 130 and 140 as the final amount of edge pixels. Also if the desired pixel has small intensity difference compared with adjacent pixels, it belongs to one of two black or white categories. Figure 2 shows the mask which is used for image scanning. 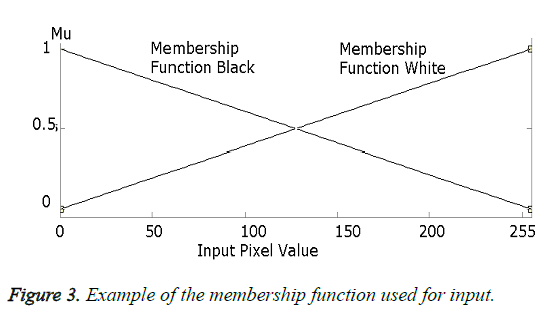 Figure 3. Example of the membership function used for input.

The fuzzy rules used for classification of pixels are as follows.

• If at least, 3 pixels from P1 to P4 pixels are white, output pixels assigned to the white class.

• If at least, 3 pixels from P1 to P4 pixels are black, output pixel is assigned to the black class.

• If two pixels among four P1 to P4 pixels are black and two are white pixels, output pixel will be considered as edge pixel. Mamdany inference algorithm used for fuzzy inference. This algorithm due to the high power of expression is used widely in the decision systems. The algorithm uses in the state of one input-multiple output and multiple input-multiple output and composed of fuzzy sets and rules which are used to determine the results of rules and output of rules is as fuzzy. For defuzzification, BOA, MOM, SOM…methods are used. The general diagram of inference system is shown in Figure 4.

After the results of rules are determined, finally defuzzification is done and the results are provided as crisp values (numerical).

For example, if using the structural component B, which is defined in Eq. 2, we apply COR operation on the input image (g), the resulted output image will be just as Eq.3.

Coordinate logical operators (CLO) have a very important role in operations related to pattern recognition and image processing such as image noise reduction, required pre-processing on the images, etc.

Assessment of CLF filters associated with four main operators CLO on an image are as below relationships. 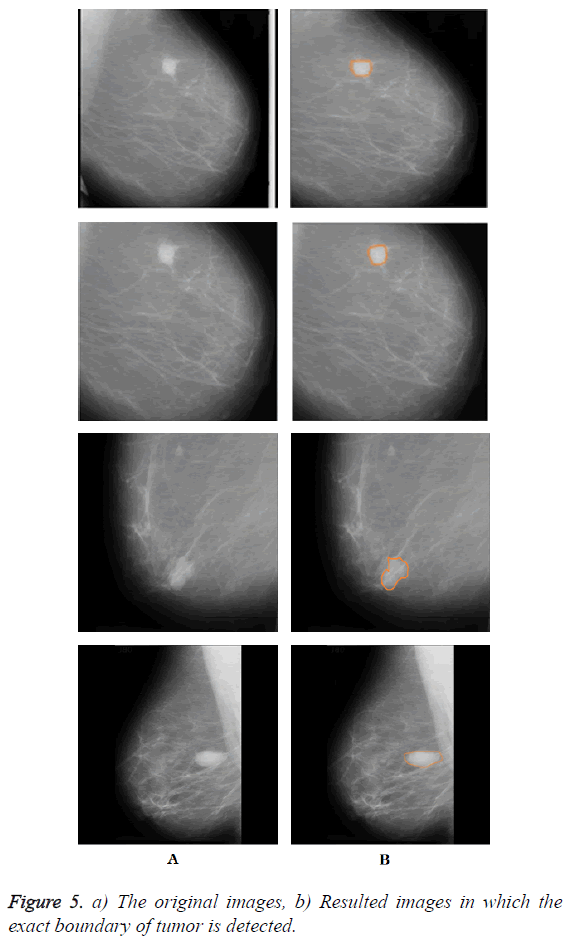 Figure 5. a) The original images, b) Resulted images in which the exact boundary of tumor is detected.

In Table 1 a comparison among valid reported literature has been given for a general comparison with other techniques.

In this paper, a method is provided to determine the exact boundary of the masses in mammograms. First, the median filter is used for smoothing and noise removal. Then using fuzzy inference system, fuzzy edge enhancement is done and with applying coordinate logic filter, candidate regions of tumor will be determined and finally using thresholding, exact boundary of masses can be detected in a mammogram images.

The proposed algorithm is tested on MIAS breast database. The results indicated that the proposed method can perform well in determining the exact location of masses in mammography in comparison with other methods. Accuracy and speed of detection proposed method is very high and has a significant coefficient p=0.01 for accurate diagnosis compared with a human detection method.