Beta-lactamases in P. aeruginosa: A Threat to Clinical Therapeutics

Pseudomonas aeruginosa is the third most common pathogen responsible for nosocomial infections. The prevalence of multiple drug resistant Pseudomonas aeruginosa isolates harboring beta lactamases have been increasing. The present study is designed to determine the occurrence of various beta lactamases in Pseudomonas aeruginosa. A total of 237 clinical isolates of P. aeruginosa were tested for the presence of AmpC beta-lactamase, Extended Spectrum Beta-Lactamase (ESBL) and Metallo Beta-Lactamase (MBL) enzyme. Detection of ESBL was done by the combined disk diffusion method as per Clinical and Laboratory Standards Institute (CLSI) guidelines whereas MBL were detected by the Imipenem EDTA disk potentiation test and AmpC beta-lactamase was detected by disk antagonism test and modified three-dimensional method respectively. A total of 82 (34.60%) isolates were positive for AmpC beta-lactamase, 52 (21.94%) ESBL and 40 (16.87%) were positive for MBL. Coproduction of AmpC with extended spectrum beta-lactamase and metallo beta-lactamase was reported in 20 (08.44%) and 24 (10.12%) isolates, respectively. All the three beta lactamases co-production was found to be in 7 (2.95%) isolates. The study emphasizes early detection of these multidrug resistant P. aeruginosa producing beta-lactamase enzymes of diverse mechanisms. Thus proper antibiotic policy and measures to restrict the indiscriminate use of antibiotics should be taken to minimize the emergence of these multiple beta-lactamase producing pathogens to avoid therapeutic failures and nosocomial outbreaks.

Nosocomial infections caused by this organism are often difficult to treat because of resistance to different antibiotics. Multidrug resistance in P. aeruginosa results from the bacterium’s notable inherent antibiotic resistance, in addition to its ability to acquire and harbour diverse resistance determinants [3].

Acquired resistance is through the production of AmpC Beta Lactamases (AmpC), Extended Spectrum Beta Lactamases (ESBL) and Metallo Beta-Lactamases Enzymes (MBL). Resistance to β-lactam antibiotics is associated with production of ESBL which can hydrolyze oxyimino β-lactams such as cefotaxime, ceftriaxone, ceftazidime and monobactams, however, without any effect on cephamycins, carbapenems and related compounds [4,5].

AmpC β-lactamases preferentially hydrolyze cephalosporins and cephamycins and resist inhibition by clavulanate, sulbactam and tazobactam. MBLs hydrolyze carbapenems and other beta-lactams. Resistance to carbapenems is of great concern as these are considered to be antibiotics of last resort to combat infections by multidrug-resistant bacteria [6].

The Multidrug Resistant (MDR) isolates that are present in the hospital environment pose not only therapeutic problems but also serious concerns for infection control management.

The present study is a cross sectional study of a total of 237 consecutive non-repetitive isolates of P. aeruginosa obtained from 11,251 different clinical specimen, e.g. pus, urine, blood culture, respiratory tract, other samples like body fluid, drain fluid, etc. from hospitalized patients. The study was carried out in the Department from November 2013 to October 2015.

All the confirmed P. aeruginosa isolates were subjected to antimicrobial susceptibility testing by the Kirby-Bauer’s disc diffusion method as per the Clinical and Laboratory Standards Institute (CLSI) guidelines [7,8].

B. MBL productiondone by the disk potentiation test [9]: Two 10 μg imipenem disks were placed on the plate, and appropriate amounts of 10 μL of EDTA solution were added to one of them to obtain the desired concentration (750 μg). The inhibition zones of the imipenem and imipenem-EDTA disks were compared after 16 to 18 h of incubation.

Interpretation: - An increase in zone size of ≥ 7 mm around the Imipenem-EDTA disk as compared to the imipenem only disk was recorded to be MBL producers (Colour plate Figure 2).

1) Disk antagonism test [10]: Test isolate with a turbidity equivalent to that of 0.5 McFarland standards was spread over a Mueller Hinton agar plate. Cefotaxime (30 μg) and cefoxitin (30 μg) disks were placed 20 mm apart from centre to centre. Isolates showing blunting of cefotaxime zone of inhibition adjacent to the cefoxitin disc were screened as positive for AmpC betalactamase (Colour plate Figure 3).

2) Modified three dimensional test for AmpC [4]: Fresh overnight growth from Mueller Hinton agar was transferred to pre-weighed sterile micro centrifuge tube. Technique was standardized to obtain 10-15 mg of bacterial weight for each sample. Growth was suspended in peptone water and was pelleted by centrifugation at 3000 rpm for 5 min.

Crude enzyme extract was prepared by repeated freeze thawing (five rounds) Lawn culture of E. coli ATCC 25922 was prepared on Mueller Hinton agar plates and cefoxitin (30 μg) discs were placed on plate. Linear slits (3 cm) were cut using a sterile surgical blade 3 mm away from cefoxitin disc. Small circular wells were made on slits at 5 mm distance, inside the outer edge of slit, by stabbing with sterile Pasteur pipette on agar surface. The wells could easily be loaded with enzyme extract in 10 μl increments until well was filled to the top. Approximately 30-40 μl of extract was loaded in wells. The plates were kept upright for 5-10 min until the solution dried and were then incubated at 37°C overnight. Enhanced growth of surface organism at point where the slit inserted zone of inhibition of cefoxitin was considered a positive three dimensional test and was interpreted as evidence of AmpC beta-lactamases.

We found co-expression of various β-lactamases in multidrug resistant clinical isolates of Pseudomonas aeruginosa. In present study 10.12% isolates showed co-existence of AmpC+MBL, 8.44% were having ESBL+AmpC and 2.95% isolates were having coexistence of all three ESBL+AmpC+MBL. Expression of AmpC and MBL simultaneously was found to be the most common mechanism of drug resistance in present study (Table 4).

The ESBL production in present study (21.94%) is comparable with Aggarwal et al. [17] and Peshattiwar et al. [18] (22.22%) and Sheikh et al. 2015 (25.13%) [19]. These observations suggest that the ESBLs which were generally widespread among members of Enterobacteriaceae are also increasingly found in P. aeruginosa.

Co-Expression of β-Lactamases in Pseudomonas aeruginosa

Multiple β-lactamase producing P. aeruginosa can cause major therapeutic failure and pose a significant clinical challenge if they remain undetected. Since these organisms also carry other drug-resistant genes the only viable treatment option remains the potentially toxic Polymyxin B and Colistin [24].

The finding of multidrug resistance among β-lactamase producing P. aeruginosa could be due to co-existence of genes encoding drug resistance to these antibiotics on the plasmids, transposons and chromosomes carrying these beta-lactmases.

Furthermore, strict implications of antibiotic policies and measures to limit the indiscriminate use of antibiotics in hospital environment should be undertaken to minimize the emergence of this multiple β-lactamase producing organism. Thus microbiologists in India have a very important role in prevention of spread of this dreaded multidrug resistant pathogen across the world. 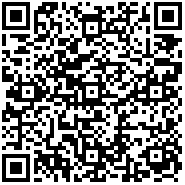