Bacteriology and Infectious Diseases 2018- Treasures from mangrove forest: Discovery of novel streptomycetes and their bioactive potentials

The emergence of multidrug resistant bacteria has called on the scientific community to search for more potent, effective drugs to keep these pathogens under control. At the forefront of the production of bioactive metabolites, microorganisms have been recognized as mini-factories which are capable of synthesizing interesting bioactive natural compounds with reasonable cost. Under the family of Actinobacteria, the genus Streptomyces stands out in terms of manufacturing bioactive metabolites reserves, contributing over 10,000 bioactive compounds with high pharmaceutical values. As a matter of fact, the discovery of antibiotic streptomycin from soil bacterium, Streptomyces griseus has bestowed Professor Waksman and his team with the award of the Nobel Prize in Physiology or Medicine in 1952. In continuing the fight against deadly infections, the search of novel Streptomyces-derived bioactive compounds was further bolstered with the numerous beneficial implications behind. Mangrove forest is termed as the intertidal region located between the land and the sea. Despite the constant exposure to harsh conditions, some Actinobacteria isolated from these ecosystems have exhibited interesting bioactivities, including anti-MRSA, antifungal and so on. Streptomyces pluripotens MUSC 135T was isolated as novel species from the poorly explored mangrove sediment (East Coast, Peninsular Malaysia). As an attempt to study the bioactive potential of this strain, MUSC 135T was subjected to fermentation before conducting antibacterial assays using traditional agar well diffusion method and high throughput screening method with 96-well microplates. Intriguingly, the inhibition zone of MUSC 135T crude extract against MRSA (10.5 mm) was larger than that of the positive control, a vancomycin disc (30 Âµg), which exhibited an inhibition zone of 9 mm. A deeper investigation using next generation sequencing has revealed some fascinating bioactive potential of strain MUSC 135T (NCBI accession: CP021080.1); a total of 4 biosynthetic gene clusters related to production of bacteriocin has been identified from MUSC 135T with genome size of 7.34 Mbps using bioinformatics tool BAGEL4. Among these cluster, one of them was predicted to be responsible for the production of Linear Azol(in)e-containing Peptides (LAPs), a group of bioactive metabolites which have been reported for anti-MRSA activities. Subsequently, one of the predicted genes was selected for expression study using E. coli model and the purified protein (Protein135_#1) was then used for anti-MRSA screening. Preliminary anti-MRSA screening has revealed significant reduction of MRSA after the treatment of Protein135_#1. Altogether, these findings highlight the importance in novel strain from underexplored area, like mangrove forest, particularly in the search of useful bioactive compounds. Streptomycetes have been the center of attraction within scientific community owing to their capability to produce various bioactive compounds, for instance, with different antimicrobial, anticancer, and antioxidant properties. The search for novel Streptomyces spp. from underexplored area such as mangrove environment has been gaining attention since these microorganisms could produce pharmaceutically important metabolites. The aim of this study is to discover the diversity of Streptomyces spp. from mangrove in Sarawak and their bioactive potentials — in relation to antioxidant and cytotoxic activities. A total of 88 Streptomyces isolates were successfully recovered from the mangrove soil in Kuching, state of Sarawak, Malaysia. Phylogenetic analysis of all the isolates and their closely related type strains using 16S rRNA gene sequences resulted in 7 major clades in the phylogenetic tree reconstructed based on neighbour-joining algorithm. Of the 88 isolates, 18 isolates could be considered as potentially novel species according to the 16S rRNA gene sequence and phylogenetic analyses. Preliminary bioactivity screening conducted on the potential novel Streptomyces isolates revealed significant antioxidant activity and notable cytotoxic effect against tested colon cancer cell lines (HCT-116, HT-29, Caco-2, and SW480), with greater cytotoxicity towards SW480 and HT-29 cells. This study highlighted that the Sarawak mangrove environment is a rich reservoir containing streptomycetes that could produce novel secondary metabolites with antioxidant and cytotoxic activities. The strain VUK-A was isolated from a sediment sample of the Coringa mangrove ecosystem was identified as Streptomyces cheonanensis based on morphological, physiological, biochemical and molecular properties. Chemical investigation of the secondary metabolites of the strain Streptomyces cheonanensis VUK-A has led to the segregation of two bioactive compounds, namely 2-Methyl butyl propyl phthalate (1) and Diethyl phthalate (2) using column chromatography. The chemical structure of the active compounds was established on the basis of spectroscopic analysis, including ¹H NMR and ¹³C NMR spectroscopies, FTIR and EIMS. The antimicrobial activity of the bioactive compounds produced by the strain was tested against a wide variety of bacteria and fungi and expressed in terms of minimum inhibitory concentration. The compounds (1&2) were active against all the bacteria tested, and the best activity of compound 1 was recorded against Proteus vulgaris (4 µg/ml). Compounds (1&2) were active against dermatophytes and fungi but compound 1 displayed high antifungal activity against Candida albicans (8 µg/ml) and Fusarium solani (16 µg/ml) compared to standard antifungal agents. The cytotoxicity of the bioactive compound 1 was tested against MDA-MB-231, OAW-42, HeLa, and MCF-7 cell lines. The highest activity of 100 µM by compound 1 was recorded against HeLa cancer cell lines. In fact, this is the first report of 2-Methyl butyl propyl phthalate from the genus Streptomyces. Electronic supplementary material The online version of this article contains supplementary material, which is available to authorized users. Mangroves are woody plants located in tropical and subtropical intertidal coastal regions. The mangrove ecosystem is becoming a hot spot for natural product discovery and bioactivity survey. Diverse mangrove actinomycetes as promising and productive sources are worth being explored and uncovered. At the time of writing, we report 73 novel compounds and 49 known compounds isolated from mangrove actinomycetes including alkaloids, benzene derivatives, cyclopentenone derivatives, dilactones, macrolides, 2-pyranones and sesquiterpenes. Attractive structures such as salinosporamides, xiamycins and novel indolocarbazoles are highlighted. Many exciting compounds have been proven as potential new antibiotics, antitumor and antiviral agents, anti-fibrotic agents and antioxidants. Furthermore, some of their biosynthetic pathways have also been revealed. This review is an attempt to consolidate and summarize the past and the latest studies on mangrove actinomycetes natural product discovery and to draw attention to their immense potential as novel and bioactive compounds for marine drugs discovery. 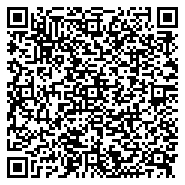