Autophagy is a natural, regulated, self-destruction mechanism utilized by eukaryotic cells to recycle dysfunctional components and maintain cellular homeostasis. In 1963, a Belgian biochemist, Christian De Duve, coined the term autophagy, a programmed cell degradation mechanism that is significantly different to apoptosis. Autophagy instigates orderly degradation and recycling of cellular components at a low basal level in cells. However, deregulation of this pathway is increasingly implicated in a variety of human ailments, such as diabetes and Parkinson's disease. Therefore, the autophagy process is an essential process for the orderly degradation and recycling of damaged cell parts; whereas its failure is believed to be responsible for cell aging. In order to survive and multiply, cancer cells evade such death signaling mechanisms. Thus autophagy is a fundamental metabolic process with major implications in human health. Unlike narcosis, both autophagy and apoptosis stimulate programmed cell death without inducing inflammation.

In the 1960s the phenomenon of autophagy was first discovered, where cells were observed destroying their own contents, by enveloping defective constituents within membranes and transporting them to the recycling compartments known as lysosomes. However, very little was known about this process until Professor Yoshinori Ohsumi began his research utilizing baker’s yeast, where the genes responsible for autophagy were identified. Furthermore, this work supported the argument that similar sophisticated mechanisms were present in human cells, resulting in new patterns in the interpretation of the recycling of cell constituents. In addition, research revealed that mutations in these autophagy genes could result in multiple complications, such as cancer, neurological disorders, and diabetes.

There are three pathways induced by autophagy-related genes and associated enzymes. The first of these, macroautophagy, is used primarily to eradicate cell waste such as damaged organelles and unused protein. This involves the generation of a double membrane around the waste to form the autophagosome, which subsequently moves through the cytoplasm and fuses with the lysosome. Once fused, the contents of the autophagosome is degraded the acidic lysosome hydrolases of the lysosome. The second process, microautophagy, is involved in the direct engulfment of cytoplasmic material into the lysosome, transpiring through inward folding of the lysosomal membrane or cellular protrusion. The third process, chaperonemediated autophagy, involves the recognition and binding of the Hsc70-containing substrate to the Hsc70-chaperone protein to form the chaperone-substrate or chaperone complex. As a result, this complex binds to the lysosomal membrane-bound protein, which acts as a chaperone-mediated autophagy receptor allowing the complex cell entry. The unfolded substrate proteins translocate across the lysosomal membrane via lysosomal hsc70 chaperone assistance.

Autophagy has diversified functionality. For example, it was observed in yeast cells, that nutrient deprivation induced significant autophagy. This assists in redundant protein degradation, where resultant amino acids are recycled for cell survival protein synthesis. To date, approximately fifteen APG genes have been identified in the autophagy of yeast cells. Murine studies revealed that APG7 has been implicated in nutrient suppressed autophagy. Moreover, autophagy was impaired in APG7 deficient mice when exposed to nutrient suppressed environment.

Xenophagy is the autophagic mortification process of organisms causing infections, an earnest aspect of distinctive immunity. Intracellular pathogens like Mycobacterium tuberculosis are targeted for the degradation by the same cellular and regulatory mechanisms, targeting host mitochondrial for degradation, eventuating in the destruction of the invasive organism. Furthermore, stimulation of autophagy in infected cells could help overcome this phenomenon, reinstating pathogen degradation. Autophagy degrades damaged organelles, cell membranes as well as proteins and recycles the degraded components. A failure in this process is believed to be one of the main reasons for the accumulation of cell damage and aging.

Cancer is propelled when several metabolic pathways that regulate cell differentiations are obstructed. Autophagy plays a role in both tumor suppression and tumor survival. Hence autophagy inhibition leads to cell survival instead of cell death. The protein, Beclin1, regulates autophagy, and is essential for phosphatidylinositol 3-phosphate production, effecting multifarious lysosomal and endosomal functionalities. Overexpression of Beclin 1 reduces tumor development. In necrosis, cell death leads to chronic inflammation. In autophagy, inflammation is evaded as the cellular components are not released into the surrounds, thereby prevents inflammation and fosters in the protection against tumor cell formation. Thus autophagy plays a key role in tumor suppression. In cancer cells, cell death is avoided through the inhibition of autophagy related genes. The metabolic energy is elevated by the offset of autophagy functionality. Moreover, autophagy inhibition has been shown to elevate the effectiveness of anticancer therapy.

Professor Yoshinori Ohsumi (Figure 1), Japanese autophagy researcher, was awarded Noble Prize in 2016 in medicine for his contributions in understanding the hidden cellular mechanisms of autophagy. 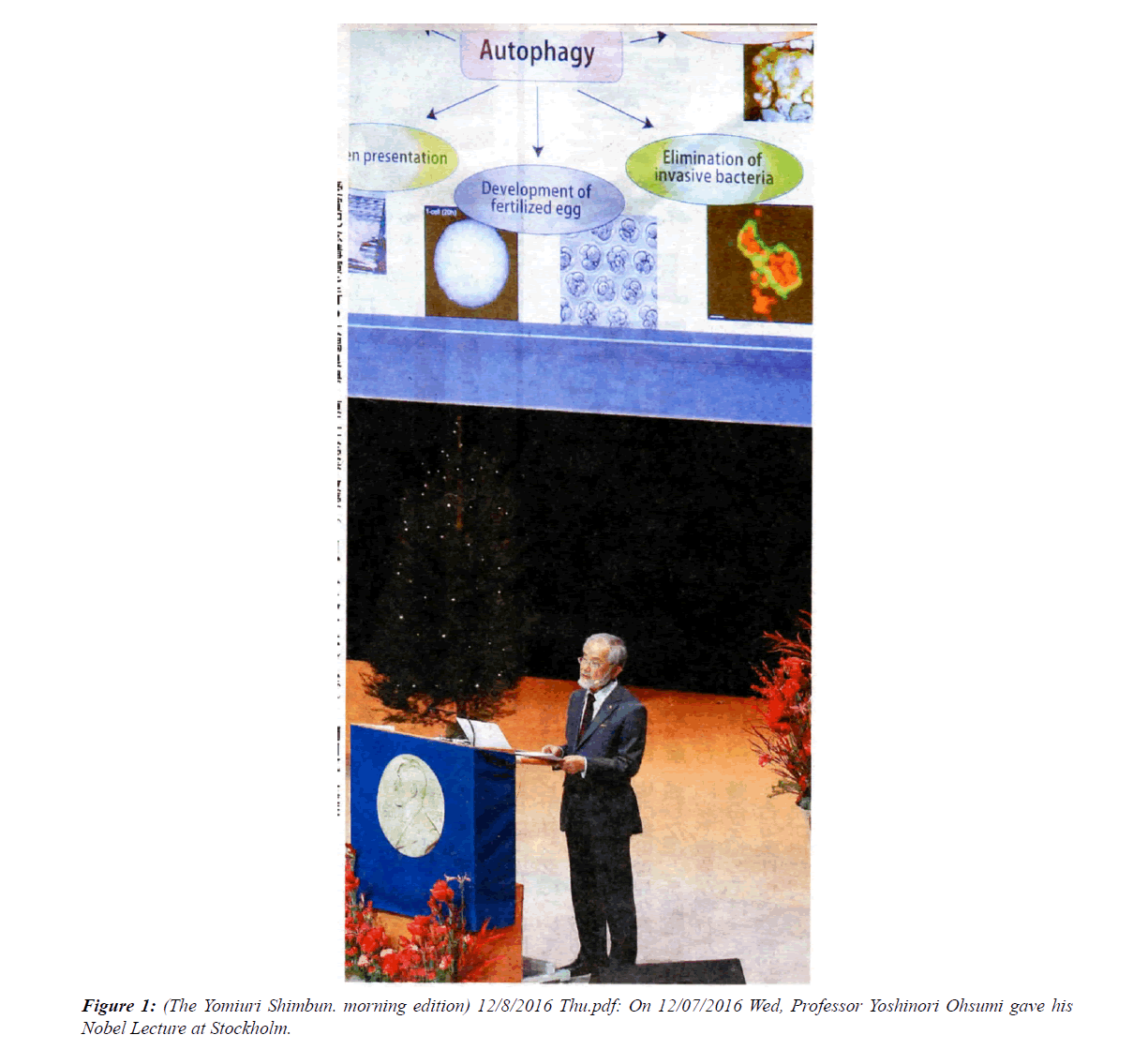 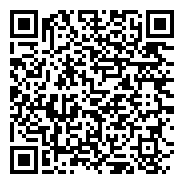