Background: There are many illnesses having their base in the early periods of life, one of them are the alterations that occurs in the system and the function of the blood vessels which eventually will lead to atherosclerosis and arterial hypertension. Objective: In this research, we established the effects of tobacco smoke on blood pressure of elementary school children in al-Najaf governorate, Al-manathera town. Methods: A case control study we evaluated the blood pressure for 336 males (144 were exposed and 192 not exposed to cigarette smoking) and for 345 females (149 were exposed and 196 non exposed to cigarette smoking) from September 2016 to February 2017. A questioner was given to the pupils, after recording the weight and height, to be finished d by the parents. After full exam we removed children with acute and chronic diseases and those taking drugs, we calculated and correlate blood pressure in the exposed and non-exposed grouping. Informations were analyzed by applying independent t test by SPSS version 21. Values are revealed as mean ± SD. Results: The mean diastolic and systolic blood pressure of the exposed groups were greater than those of not-exposed groups (108.06 (4.65), 64.88 (3.79), 106.01 (4.17), 63.25 (3.37), respectively, CI: 0.95, P<0.01). Conclusion: Our study indicates that elementary school children who were exposed to passive tobacco smoking have higher systolic and diastolic blood pressures when matches to children who were not exposed.

Several illnesses started early in life. Like change in vascular systems, leads to atherosclerotic disease. There’s clues confirmed the relations of vessels disorders through the first years of life like familial hypercholesterolemia and hypertension [1]. Smoking is a Maine factor that leads to atherosclerosis and hypertension. The role of tobacco smoking in vascular illness is well fixed [2].

So, the questioning whether people are exposed or not to passive smokingdeveloped these dysfunctions stays doubtful. Many researches had been done on adults exposed to smoke, especially participants of smoker, many forms of tobacco smoking in these individuals had been evaluated [2-7]. Even so, only few defined researches treated the problem of exposed children to smoking and its effects on blood pressure [8-11]. Smoking of parent influences neonate and children, and it associated with low birth weight, sudden infant death, bronchitis, asthma, otitis media, pneumonia, higher risk of tuberculosis on exposures, Crohn’s disease, learning disorders, developmental subnormality, dental caries [12]. Nonetheless, it isn’t so clear whether exposed children develop vessel disease or major changes in blood pressure. After all the effects of tobacco smoking on kids blood pressure will provide another logicalness cause for parents to stop smoking or not smoke in the presence of their kids, we had done this research to evaluate this relationships.

Eight elementary schools four for boys and four for girls in Al-manathera town-al-Najaf governorate were studied from September 2016 to February 2017. The total no. of boys was (718) and the total no. of girls was (783) in the four schools. After we take the permission from the directorate of education, a questionnaire was given to the pupils, after recording the weight and height, to be completed by their parents. The questioner includes the name, grade, gender, questions about any chronic illness and chronic drug use regarding the pupil and parent chronic medical diseases, and questions about smoking habit including number of cigarettes smoked by the parents, number of cigarette smoked inside the house by the parents or by other relatives living with them, years of smoking, and whether the family prefer or eat foods with high, normal or low salts contents. The first grades pupils were excluded due to the stress which may accompany BP measurement and affecting the results.

The teachers and the parents were given information about the study, and the parents was also asked if they want their children to be included in the study or not, and a lot of them refuse participation in the study. After that we identify the pupils who were exposed to passive smoking, which is defined as smoking in the same place where children are breathing during a duration of at least three years with consuming of at least five cigarette per day, and this categorizes group 1 (exposed) [13,14]. The exclusion criteria include any pupil with one or more of the followings:

• Chronic drug use, 3 were excluded.

The control (not exposed, group 2) include any pupil in the school who has the same age, sex, weight, height, and all other inclusion and exclusion criteria for the exposed group apart from passive smoking exposure, and by that we collect two groups of pupils there were somewhat similar in a lot of means but the passive smoking exposure in order to compare and identify if there is any difference between the two groups in different school grades.

The blood pressure was measured in the right arm at the same level of the heart while the pupil in sitting position supporting the arm on the desk, and the feet on the ground. The fitting cuff was defined as that with a width equal to 40% of the arm girth at mid-arm level, the bladder should cover at least two third of the upper arm length [15]. Diastolic and systolic blood pressure were calculated by using a sphygmomanometer (SK Miniature 300 B CE 0123 Germany certified), the systolic pressure as first Korotkoff (K1) and the diastolic as the fourth or fifth Korotkoff (K4 or K5) sound.

The values of systolic and diastolic blood pressure are expressed as mean ± SD. A P value <0.05 was considered statistically significant. Data were recorded on an excel file and processed using SPSS software version 21. The value of blood pressure (systolic and diastolic) were compared to gender, and to each school grade for each gender, among both exposed and not exposed groups using independent sample T test.

The means diastolic and systolic blood pressure were higher in the groups of exposed pupils in comparison to the group of not exposed pupils, with a confidence interval 0.95 and a P value of <0.01 for both (Table 1).

Table 1. Comparisons of diastolic and systolic blood pressure between males and females who were exposed and not exposed passive smoking.

For systolic BP For diastolic BP

When comparing diastolic and systolic blood pressures among expose and un-exposed groups of pupils to passive tobacco smoking in each grade and gender we will find the following:

Table 2. Diastolic and systolic blood pressures in expose and un-exposed pupils to passive smoking separated for each given school grade in males.

Table 3. Diastolic and systolic blood pressure in expose and un-expose pupils to passive smoking separated for each given school grade in females.

Cigarette smoking composed of two components: 15% of cigarette smokes is the mainstream and 85% is side-stream disseminated into the surroundings from the flaming cigarettes between puffs [3]. Although these streams are similarly in nature, but they differ in quantity, as amount of carbon monoxide, benzopyrene, ammonia and other carcinogenic materials are superior in the side-stream than in the smokes inspired by smokers [4].

In our study we found that the mean of diastolic and systolic blood pressure were significantly more in pupils who were exposed to passive tobacco smoking in comparison to those who were not exposed. Also there is an increase in the systolic and diastolic blood pressure values for each school grades in comparison with the lesser one, and also the statistical difference between the exposed and not exposed groups of pupils to passive tobacco smoking was also increasing with increasing school grade.

In a research of Abolhassan et al. they compare the systolic and diastolic blood pressures among 160 pupils, 80 exposed and 80 not exposed to passive tobacco smoking, They found that diastolic and systolic blood pressures mean of the exposed groups were greater than those of un-exposed groups, but also found that the variation between two groups according to sex was not statistically importance [17].

Hunk assessed by his study the effect of smoker parents on hypertension,diabetic, and metabolic syndromes in their male adult children retrospectively. Data considered the smoking conditions of parents during the childhoods and prenatal periods were achieved with questionnaires. The results indicated that after correction for race, gender, age, education and smoking status of the persons, members whose parents were both smokers had a 1.55 fold increase risk to develop hypertension in adulthood [18].

In the study by Simonetti et al. blood pressure was done in 3786 preschools children and their parents' smoking habits were recorded. Expressively higher values of blood pressure were noticed in children of smoking parents. BP in exposed children was +1.2 mmHg more than in un-exposed children, P<0.05), the fact that was also proved in our study [19].

In our study and as previously mentioned, pupils exposed to passive tobacco smoking have higher diastolic and systolic blood pressures, and as the signs of atherosclerosis start to develop early in life especially in higher risk individuals like those with diabetes, hypertension, and familial hypercholesterolemia, the exposed groups are more likely in the future to develop cardiovascular diseases.

We should all work together to help parents to understand the fact that smoking does not affect only their own body, but rather it is also may has a great effects on the health of their growing children, and by this approach we may help to decrease the amount of smoking, the number of smoking parents, and there by maintaining a healthy environment for children which can help them growing physically and psychologically in a great manner. 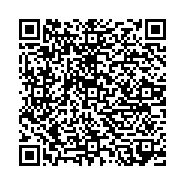