properties of nine examined glasses with the Na2 -2xB 4-4xBixMo0. 05xO7 - chemical compositions (4x, 0 ≤ x ≤ 0.4 mol%) have been assessed. the ass attenuation coefficient values were theoretically calculated by using XCOM the available online of the XCOM software. Based on the calculated mass attenuation coefficients values and density of these glass samples, linear attenuation coefficient, half value layer and mean free path of penetrating photons have been calculated, listed by their tables, it is found that both half value layer and mean free path increase as gamma ray energy increase. Effective atomic number and effective electron density have been calculated by the available online PHY-X software. Glass shielding properties against the fast neutron has been investigated by calculating, the fast neutron removal cross section. The fast neutron removal cross section values decrease as weight fractions of boron oxides decrease. However, glass samples are good shielding glasses against both of gamma and neutron radiation.

In recent decades, the use of nuclear applications has been greatly increased. In several areas, such as nuclear science, medicine, industry and agriculture, radioactive isotopes are used. The use of these radioactive isotopes can cause harmful harm to staff and damage to tissues [1]. The mass attenuation coefficient is the most important quantity characterizing the penetration and diffusion of gamma rays in extended media. For technological, biological, agricultural, and medical research, the exact values of gamma rays in many materials are of interest. They are also necessary in solving various radiation physics and radiation dosimetry problems. A large number of measurements, estimates, and compilations of the photon attenuation coefficient have recently been released. Many studies have been studied the measurements of linear and mass attenuation coefficients for differents of pure elements and mixtures of elements, different alloys(monelmetal, bronze aluminium,bronze ordinary),chemical compositions of fatty acids,materials containing hydrogen, carbon,and oxygen,different compounds of (NaNO3,KNO3,Sr(NO3), NaCl, SrCl2. 6H2O, BaCl2. 2H2O, NaClO3, (NH4)SO4, MgSO47H2O, and K2SO4), In some different of bromides. A range of materials can be used to protect against radiation from gamma rays. The energy of radiation must be taken into account in order to select a suitable type of shielding material. Indeed, interactions between the incident radiation and the atoms of the absorbing medium assess the efficiency of the shielding material. Among the most effective gamma-ray shielding are heavy elements such as lead, tungsten and bismuth. Among the excellent shielding material are steel alloys most often used in the walls of radiology and oncology departments of hospitals and in nuclear power plants. A calculation of the average number of interactions between incident photons and matter occurring in a given mass per unit area thickness of the material under examination is the Mass attenuation coefficient. Mass attenuation coefficient directly proportional to the effective atomic number at the same photon energy, so materials with high atomic numbers such as heavy metals which possess high mass attenuation coefficients are chosen against gamma radiation. Oto et al. measured neutron and gamma radiation shielding properties of ceramics and molybdenum doped ceramics, by using 3 Ci133Ba radioactive source emitted photons with 81, 276, 302, 356, 383 KeV and radiation were detected by using Ultra germanium detector. He mentioned that molybdenum increases of gamma radiation shielding properties of the ceramics. The purpose of the present work to determine the interaction of Na2O-B2O3-Bi2O-MoO glasses against gamma radiation by measuring attenuation parameters for different gamma energies ranged from 0.015 MeV-8 MeV. Glass system has been prepared by the investigation of radiation shielding parameters of the glasses systems have been determined by using the NIST XCOM databases and the available software PHY-X/PSD [2].

The gamma radiation mass attenuation coefficient cm 2 g-1 was calculated theoretically for mentioned mixtures by using NIST XCOM software according to the mixture rule (multi-elements) as seen in relation relation represent the interaction of gamma radiation photons against shielding glasses [3].

Where is the mass shielding coefficient of the element and is the weight fraction of constituent elements of the Na2O3-B2O3- Bi2O3-MoO3 glasses, and is the density of shielding material. mass attenuation coeficients of the studied glasses were calculated by databases as seen in the linear attenuation coefficients of labeled glasses were calculated based onvalues of those glasses as we seen in, and according to the Lambert- Beer law as follows [4].

Where, NA represents Avogadro’s number. respectively, represent atomic mass, weight fraction,atomic number,and the mass attenuation coefficient of the constituent elements of shielding glasses. The effective electron density (Ne) represents the number of electrons per unit mass of shielding glasses, and it can be evaluated by using relation as follows

The half value layer is an shielding parameter which determined the thickness of glass sample required to reduce the intensity of gamma radiation to half of its initial value, HVL for the glasses samples were calculated by using this relation,as follows:

The Mean Free Path (MFP) is a parameter that defines the distance between two different collisions that photons penetrate inside the shielding material, (MFP)measured by cm, and were calculated by following relation

Additionally, in this work the shielding properties of glass samples aginst the fast neutron have been assessed,by using relation (9) and (10) to calculate the effective removal cross sections values of the fast as follows:

The elastic and synthesis properties of were studied by Saddeek. The melt quenching technique was used to prepare the glass samples with the general chemical formula Required quantities of Analar grade Na2CO3, H3BO3, MoO3 and Bi2O3 were mixed together by repeated grinding of the mixture to obtain a fine powder. In an electrically heated furnace, the mixture was melted in a porcelain crucible under ordinary atmospheric conditions at a temperature of about 1373 K for 2 hours to homogenize the melt [6]. The glass samples presented from the melt quenching into preheated stainless-steel molds were heat treated for 2 hours to eliminate any internal stresses at a temperature of about 20 K below their calorimetric glass transition temperature. The glasses obtained were lapped, and polished on two opposite sides [7]. The two opposite side faces had a non-parallelism of less than 0.01mm. For convenience, the9 glasses selected were labeled 'G0,'G1','G2,' 'G3','G4','G5', 'G6','G7'and 'G8' (Table 1).

Figure 1. Density of the glass samples being examined

As it began to increase and then decreased marginally until it continued between the increase and the decrease. Its known the Half Value Layer (HVL) and Mean Free Path (MFP) values. Half Value Layer (HVL) and Mean Free Path (MFP) parameters are heavily dependent on linear attenuation coefficients and there is a linear inverse relationship between the half value layer and the mean free path and both linear attenuation coefficient and photon energy [16]. We note from that by increasing photon energy the values of both half value layer and mean free path are increasing. show that the values of Half Value Layer(HVL) and Mean Free Path (MFP) started at the minimum values at 0. 03 Mev and then began to increase for all glass samples until the energy of the photon reached 6 Mev; [17] because the energy of the photon interacting with shielding materials increased,followed by an increase in the density and mass of the shielding glass samples;and because both of weight fractions of Bismuth and Molybdenum reached their highest values at photon energy 6 Mev. It also represents the direct proportional relationship between both half value layer and mean free path of interaction photons, the relation gradually begins to increase as radiation energy increases, and as both weight fractions of Bismuth and Molybdenum increase [18]. The fast neutron removal cross section ?R was calculated as following in relation for all glass samples : this is represented in. It is note that ?R values for glasses are respectively, 0.101, 0.101, 0.101, 0.098, 0.100, 0.098, 0.097, 0.097 and 0.098 cm-1. Its noted that is no significant decrease in (FNRCS) values in G0, G1, G2 samples respectively; due to these glass samples have the hieghest weight fractions of both boron oxides (B2O3) and sodium oxides (Na2O3)elements [19]. These have removal cross sections of 0. 101, 0.101, 0.101, 0.100 cm -1. After this,for boron oxides lower than 59.4(% mol), significant decrease was seen for ?R with boron oxide decrease in G3,G4,G5,G6,G7,G8 [20].

In this study,the shielding parameters was estimated for nine glass samples with a Na2 -2xB4-4xBixMo0. 05xO7 glasses(4x, 0 ≤ x ≤ 0. 4 mol%) chemical composition,labled G0,G1,G2,G3,G4,G5,G6,G7,G8 have been calculated. The MAC and LAC of Na2O3-B2O3-Bi2O3-MoO3 glasses was theoretically coputed using the available online XCOM software at gamma ray energy range between 0.03 - 6.0 Mev. Both MAC and LAC reach minimum values for the sample G0 with content (39. 6 mol%)of boron oxide, at gamma ray energy range 6.0 Mev. Moreover, the Zeff, Ne,HVL, MFP shielding parameters were calculated for the glasses. The fast neutron removal cross section values were also computed for glasses: it is observed differ between 0.098 and 0.10 cm-1 for G3 and G4 glass samples, respectively. 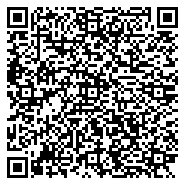