Artichoke is an anciently used medicinal plant that proved many beneficial properties related to gastrointestinal tract especially liver and gall bladder [1]. Extracts of its parts – either leaves, roots or even the edible parts– were very effective anti-fibrotic agents in many conditions that end with liver fibrosis e.g. carbon tetrachloride toxicity, lead toxicity or alcoholic steatohepatitis. It worked effectively regardless the time of its use, either as a pre-, concurrent or post toxicity treatment [2-7]. It even worked invitro protecting the cultured hepatocytes from the oxidative stress of hydrogen peroxide [8]. Most of these studies regarded its action to the anti-oxidant role of artichoke that could protect the hepatocytes from the damaging action of those agents. Liver protection was assessed by significantly improved liver enzymes and histological structure of the liver in groups that received artichoke extracts.

The antioxidant action was not the only mechanism of action in its potential hepatoprotection. A recent study by Sharaf El- Deen et al., [9] reported an antifibrotic action of artichoke leaf extract (ALE) that extended beyond the anti-oxidant action to involve the recruitment of hepatic stellate cells (HSCs). We reported that ALE was responsible for changing the site of recruitment of HSCs from the periphery of Schistosoma mansoni induced liver granuloma to inhabit their whole center. This change could markedly reduce the size of hepatic granulomas preserving more surface area of a healthy liver tissue thus compensating for the main defect of the official anti-schistosomal therapy, praziquantel that lacks antifibrotic action at its antihelminthic dose.

Benefits of artichoke didn't only involve the liver but also extended to many vital metabolic processes of the body. Its use markedly improved lipid profile and glucose tolerance. These actions were regarded to the high inulin content of this plant that caused delayed gastric emptying and modulated gastric hormones e.g. glucagon like peptide-I [10]. Its role as a regulator of metabolic syndrome was also proved by Villiger et al., [11]. They reported that ALE was effective inhibitor of the blood pressure regulating enzyme, angiotensin converting enzyme (ACE). They related this effect to artichoke induced hydrolysis of ACE.

Ben Salem et al., [12] reported an antidiabetic effect of artichoke. They regarded their results to its protecting effects on pancreatic β- cells and enhancement of their regeneration in addition to its stimulation to insulin release from cells that survived damage by the diabetes inducing agent, alloxan.

Immune stimulating role of the Jerusalem strain of artichoke was even proved in some studies. Fish bred on artichoke supplemented diet were significantly resistant to Aeromonas hydrophila than those who didn't receive that supplement [13].

This multifunctional herb also proved a role in fighting malignancy. Its apoptosis enhancing properties could decrease malignant cell viability and subsequently invasiveness and spread of colorectal and malignant pleural mesothelioma cancers [14,15]. It even worked at the genetic transcriptional level causing potent inhibitory effects on proliferation of either human K562 chronic myeloid leukemia or K562 imatinib resistant cell lines by affecting Bcr-Abl fusion gene [16]. All these data encourage more studies to reveal more secrets of this plant and introduce it to the applicable drug world. What is next? This is what the future will show. 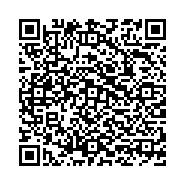