The dramatic increase in breastfeeding created an upsurge in mothers seeking help from their physicians, who had no real education in breastfeeding problems, symptoms and causes which prevented mothers and infants from successfully breastfeeding. With the surge in breastfeeding, in 1985 a group of La Lache League leaders thought that the time had come for a profession of specialized individuals to be created to help mothers having difficulties with breastfeeding. The IBCLC was formed to provide sound assistance for these mothers.

Today, there is a real need to educate the medical profession that a significant number of problems associated with mothers and infants who are having breastfeeding difficulties are often the result of a variety of oral tethered tissues such as tongue, upper lip and check frena, which prevent an infant from securing a successful latch onto the a mother’s breast or a bottle. The correct evaluation of these ties needs to be part of every differential diagnostic series of tests and evaluations for these symptoms such as: Air induced reflux, sleep apnea, airway blockage, failure to thrive, sleeping only in upright position, chronic crying, abdominal gas build-up, waking up congested and milk leaking out of the mouth during feedings. For the mothers; bleeding, cracked or infected nipples or breasts, plugged ducts, mastitis, thrush, feelings of depression and incomplete breast drainage.

Throughout the world, there has developed a politically charged division of rhetoric, concerning the need to revise these restriction, some calling it a fad, others saying it is necessary for the infant-mother dyad to successfully breast or bottle feed. In addition, the method of revising these areas is also becoming more and more politicized. These anti-TOTS revisionist individuals express negative comments based on lack of education, turf issues, and in general hiding behind the wall of randomized controlled studies but ignoring successful results by providers all over the world. There is even an IBCLC soliciting stories from parents over the internet who she suggests were misdiagnosed with TOTS resulting in some form of harm.

The concept of evidence-based data (EBD) and evidence-based medicine was developed to provide the best information and data available to guide healthcare professionals in making clinical decisions and assisting them provide the best available patient care [4]. When individuals create a barrier that eliminates all other processes to determine patient care due to the inherent difficulties of developing accurate randomized controlled studies in infants and toddlers, patients may not get the care they require. This is what is occurring worldwide in the diagnosis of TOTS and their revisions [5]. Relying solely on evidence from RCTs (randomized controlled trials) has serious limitations. Good science accounts for all relevant evidence, including prior probabilities as building blocks for new data. Evidence based data is not limited to just RCT studies, but is built on a foundation of clinical experience and the scientific method of being able to get repeated results by others, not just anecdotal observations by a single individual.

The American Dental Association (ADA) defines Evidencebased Dentistry (EBD) as “an approach to oral healthcare that requires the judicious integration of systematic assessments of clinically relevant scientific evidence, relating to the patient’s oral and medical condition and history, with the dentist’s clinical expertise and the patient’s treatment needs and preferences (Figure 1) [6]. 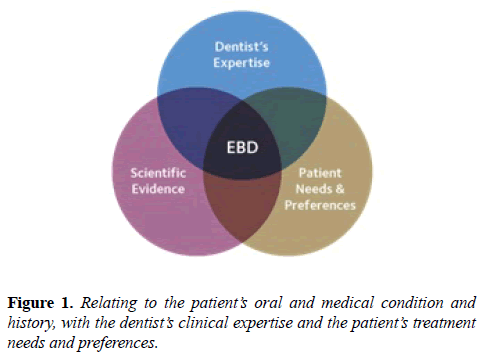 Figure 1. Relating to the patient’s oral and medical condition and history, with the dentist’s clinical expertise and the patient’s treatment needs and preferences.

This evidence-based paradigm relies upon the highest quality of available evidence. Clarity regarding this principle for compilation of evidence and its subsequent interpretation is important in view of the portrait of Pediatric dental literature [7]. An assessment of Pediatric dental literature (from 1969 to 1998) showed that most of the available evidence was not from RCTs [8]. “The laudable goal of making clinical decisions based on evidence can be impaired by the restricted quality and scope of what is collected as best available evidence.” In treating newborn infants and toddlers RCT may not even be appropriate vehicle for evaluating the success and treatment of revising TOTs for breastfeeding. Rather the concept of “Scientific Plausibility” may and should be the standard of evaluation the effects of revising infant’s TOTs [5]. Relying solely on evidence from RCTs has serious limitations. Scientific plausibility-or “prior probability”-also must be considered. Good science accounts for all relevant evidence, including prior probabilities, as building blocks for new data. Determining the benefits or non-benefits of revising TOTs in infants the concept of evidence-based dentistry must be inclusive of all available evidence, not just the observations of a few providers who disagree with their revisions.

There are many ethical considerations that need to be considered when in conducting research on infants using RCT on infants. Since we do know that releases of TOTS will aid in the ability of the infant to achieve a good latch onto the mother’s breast, doing a sham revision to develop RCT studies would not be in the best interest of the infant or mothers health [9-12].

There are many parts of the equation that need to be considered for developing optimal infant care including : clinical techniques and approaches successfully used for scores of years that the scientific method might never be able to validate but that doesn’t necessarily mean that they don’t have great value [13]. The greatest weakness of the EBD movement is that there is no measure for clinical skill and experience and yet, clinical success equals clinical skill and experience. Incorporating current best evidence into clinical decision making promises to decrease the traditional delay between the generation of evidence and its application, and to increase the proportion of patients to whom current best treatment is offered EBD downgrades or discounts types of knowledge that are used by practitioners and which are important for good practice; these include experience and intuition.

Galileo Galilei (1564-1642) “Repetition by independent researchers could build up a body of evidence that allowed an extrapolation to the general theory to be made. Experience counts for a great deal, and a patient would be better served by an experienced practitioner rather than one well-versed in recent research evidence”.

It is no coincidence some healthcare providers have taken to publishing articles where inexperienced, less skilled providers have run into difficulties post-surgery, however, these numbers represent such a small segment of the thousands of successful patient surgeries, they should not be used as the vehicle for criticizing the care and treatment of infants who can and do benefit from the revision of these attachments [14].

The release or revision of infants and mothers with a variety of signs and symptoms of a poor latch should not be told that things will improve in a few months, that their infant is a fussy or lazy nurser, or that they are just being over concerned as a new mother. The information and experience of the many dentists and other health care providers should be considered when evaluation the effects of tethered oral tissues. The final question: It is often said that the phrase "First do no harm" (Latin: Primum non nocere) is the guiding light for healthcare providers. Therefore, is hiding behind wall of EVD and RCT, and doing nothing for our infant’s good medicine or is the present amount of literature available adequate to continue to provide these mothers and infants good safe health care and allow for the Dyad to successfully breastfeed?