Aortic and heart dimensions of children and adolescents in a Nigerian popu-lation.

There is a paucity of data on aortic and heart dimensions of children and adolescents in Afri-cans. The aim of our study was to establish normal values of aortic, cardiac and thoracic diame-ters, and the cardiothoraic ratio in children and adolescents in a Nigerian population. The car-diothoracic ratio of 110 males and females aged between 5 and 19 were calculated from the car-diac and thoracic diameters in posteroanterior chest radiographs in a cross sectional study at a tertiary hospital. Prediction formulae were established for aortic and cardiac diameters. The means and standard deviations of aortic, cardiac and thoracic diameters and cardiothoraic ra-tio were established. The mean values of cardiothoracic ratio for males in the 5-9, 10-14 and 15-19 age groups were 47.7%, 45.7% and 44.1% respectively. The corresponding values for fe-males were 49.7%, 45.0% and 45.1%. The ratio decreased with age in both sexes. These values were larger than those reported for the Caucasians. Our study highlights the need for the use of standards based on local values for the evaluation of cardiovascular diseases in our population

Chest radiography is the most commonly used modality for the detection of cardiomegaly and the evaluation of cardio-thoracic ratio [1]. It is an important indicator of cardiac size [2]. Danzer [3] was the first to describe the cardiothoracic ratio. Ever since he defined it, there have been several stud-ies on the topic. Opinions differ on its usefulness. The car-diothoracic ratio and the relative heart volume have been used as proxy measures of left ventricular mass [4].

The cardiothoracic ratio is affected by such factors as age, phase of respiration, body posture, physique, altitude and race. Kerwin [5] was the first to suggest that racial differences may affect the cardiac size. Ashcroft and Mial [6] noted a higher cardiothoracic ratio in blacks than in whites. Nickol and Wade [7] observed that athletes tended to have a larger heart than the general population because of the normal physiological dilatation of the heart.

Most of the studies on heart dimensions have been on Cau-casians. There is a paucity of studies on heart dimensions in African children and adolescence. Odita et al.[8] studied the cardiothoracic ratio in Nigerian newborn infants. Our study was aimed at establishing normal values of aortic, cardiac and thoracic diameters, and cardiothoracic ratio in frontal chest radiographs in children and adolescents. These values are necessary for a better and more accurate evalua-tion of cardiovascular diseases.

The subjects studied were individuals referred to the De-partment of Radiation Medicine, University of Nigeria Teaching Hospital (UNTH) Enugu for routine chest ra-diographs. The blood pressure, heights and weights of sub-jects in the 10-14 and 15-19 year-old groups were meas-ured. The focus film distance was 2 metres. At this distance projection distortion is minimal and the magnification is about 5% [9]. The subject stood erect and the central rays were perpendicular to the plane of the film and centred on the 4th thoracic vertebra. The films were anteroposterior views and they were taken in full inspiration. Films that did not meet the criteria normality formulated by Kabala and Wilde [10] and Brockington and Bohrer [11] were excluded from the study . 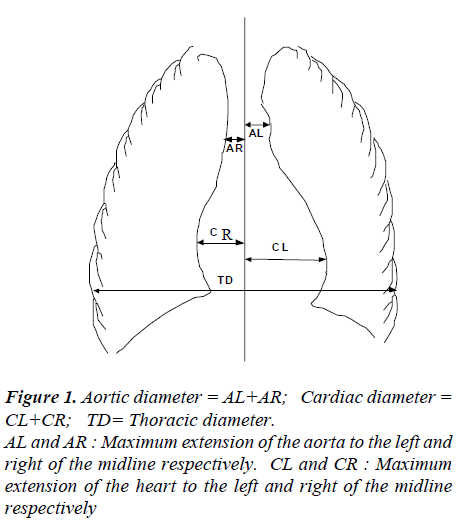 Table 1: Aortic diameter (cm) of males and females by age

The correlation coefficients between the real and pre dicted values were as follows:

Table 2 shows that the cardiac diameter increased with age in both sexes. In males, the increase was statistically sig-nificant at all age groups, p <0.01. There was no signifi-cant sex difference in the 5-9 and 10-14 age groups whereas in the 15-19 age group, males had significantly larger mean cardiac diameter than females. Using age, weight and height as variables, formulas were established for the prediction of cardiac diameter in males and females. Correlation coeffi-cients between the real and predicted values were statisti-cally significant in both sexes p<0.001.

Table 2: Cardiac diameter (cm) of males and females by age

Predicted formulas for the cardiac diameter and the cor-relation between the real and predicted values were also calculated.

The correlation coefficients between the real and pre-dicted values were as follows:

Table 3: Thoracic diameter (cm) of males and females by age

Table 4 shows that in both sexes the cardiothoracic ratio decreased with age and that there was no significant differ-ence in the mean values of males and females.

Table 4: Cardiothoracic ratio (%) of males and females by age

In our study, the cardiothoracic ratio decreased with age. The mean values for males in the 5-9, 10-14 and 15-19 age groups were 47.7%, 45.7% and 44.1% respectively. The corresponding values for females were 49.7%, 45.0% and 45.1%. Cowan [12] in a study of the British noted a mean cardiothoracic ratio of 41.6% and 42.7% in the 19 year-old males and females respectively. For the 14 year-old, his values were 42.6% for males and 43.4% for females while for the 9 year-old the values were 45.1% and 46.4% respec-tively. The males and females in our study had larger car-diothoracic ratio than the values reported by Cowan [12] at the corresponding age groups. Many authors have made similar observations in the adult populations. Ashcroft and Miall [6] comparing the radiographic measurements made in Wales and Jamaica, attributed the greater cardiothoracic ratio in Africans to a smaller thoracic diameter rather than to a larger cardiac diameter. Although Munro-Faure et al.[13] noted a smaller thoracic diameter in Africans, they attrib-uted the greater cardiothoracic ratio primarily to a larger cardiac diameter and secondarily to a smaller thoracic di-ameter. Eveleth and Tanner [14] showed that African-American boys and girls have considerably narrower hips relative to shoulders than their British or Chinese counter-parts. It is possible that the shorter trunk of Africans cou-pled with their narrower hips may partly account for the differences in the body physique between Africans and Caucasians or Asians and consequently of the larger cardio-thoracic ratio in Africans.

It is also known that environmental factors such as poor nutrition and infections may cause cardiac enlargement with resultant increase in the cardiothoracic ratio. The mean val-ues of cardiac diameter in our study was larger than the val-ues reported for the British by Cowan [12]. Nickol and Wade [7] in a study in adults indicated that Africans tended to have a larger cardiac diameter than Asians or Caucasians. Ashcroft and Mial [l6] indicated that Africans may have a type of phy-sique in which the heart tends to lie more horizontal than is usual in Caucasians. The concept that infections and malnu-trition might be responsible for the larger cardiothoracic ratio of Africans is not valid in our study. Our subjects were well nourished. The peculiar physique of Africans due to environmental and racial factors is probably respon-sible for their larger cardiothoracic ratio.

A number of authors have highlighted the usefulness of the cardiothoracic ratio. Hemingway et al.[15] reported that the ratio predicted the coronary heart disease mortality as good as the relative heart volume. Rautaharju et al [4] showed that in women, the ratio is a stronger predictor of cardiovascular disease risk than the cardiac diameter or the electrocardiogram estimate of the left ventricular mass. Both studies indicated that the ratio may still retain its practical utility as an indicator of cardiac abnormality, notwithstan-ding the recent improvements in the echocardiographic and radiographic procedures to estimate the left ventricular and cardiac size. Our study indicates that there are racial differ-rences in heart dimensions. It highlights the need for the use of standards based on local values in the evaluation of cardiovascular diseases in our population.