Anti-neutrophil cytoplasmic antibodies associated vasculitis (AAV) are small vessel vasculitides that can present with a spectrum of manifestations depending on the severity of organ involvement. Pseudotumor cerebri is a disorder characterized by elevated cerebrospinal fluid pressure, without any evidence of intracranial pathology. The association between pseudotumor cerebri and chronic renal failure is uncommon and data are limited. We report a case of a young obese female who presented clinical manifestations of pseudotumor cerebri and chronic kidney disease, whose etiological study showed elements of AAV. To our knowledge, this association has not been previously reported.

Anti-neutrophil cytoplasmic antibodies (ANCA) associated vasculitis (AAV) are a group of autoimmune disorders characterized by inflammation and necrosis of small vessels. These vasculitis have been mainly reported in adults, whereas data in children are scarce. AAV include granulomatosis with polyangiitis (GPA), microscopic polyangiitis (MPA) and eosinophilic granulomatosis with polyangiitis [1-3]. Clinical manifestations vary according to the severity and extent of organ involvement, ranging from indolent sino-nasal disease and rashes to fulminant renal failure or acute life-threatening alveolar haemorrhage [4].

Idiopathic intracraneal hypertension (IIH) or pseudotumor cerebri (PTC), is a disorder of elevated cerebrospinal fluid (CSF) pressure of unknown cause, without radiological nor laboratory evidence of intracranial pathology [5]. It affects more frequently obese women of childbearing age, however it can also manifest in non-obese adults and children. The most common symptoms are headache, tinnitus and visual impairment as photopsia, transient visual obscurations, diplopia, loss of visual acuity and papilledema [5,6].

We present a case of a young female who presented with signs and symptoms of PTC associated with chronic kidney disease, whose etiological study showed AVV elements.

A 18-year-old female with obesity and insulin resistance in treatment with metformin, presented a ten day history of diplopia and blurred vision.

A brain computed tomography without contrast was unremarkable. Brain magnetic resonance imaging angiogram showed bilateral edema of papilla and optic nerve’s sheath, however did not show any vascular abnormalities. Ultrasound of the kidneys was unremarkable. Treatment with acetazolamide was started.

The patient stopped having headaches and maintained normal blood pressure. While she was in treatment with acetazolamide and furosemide, her urine output was more than 1500cc per day. Immunological studies were positive for ANCA-p and myeloperoxidase (MPO) antibodies, but negative for ANCA-c and proteinase 3 (PR3) antibodies. The rest of the study was also negative for rheumatoid factor, antinuclear antibody, anti-extractable nuclear antigens antibodies, anti- DNA and anticardiolipin antibodies. Complement levels were normal. AVV was proposed as feasible clinical diagnosis. Accordingly, 500 mg/day of intravenous methylprednisolone was established as treatment. Afterwards, the treatment was switch to 60 mg/day of prednisolone. Kidney biopsy showed moderate to severe chronic nephropathy with global and segmentary crescentic fibrosis and glomerulosclerosis. Immunofluorescence showed mesangial IgG-C3 immune complex deposits (Figures 1-3). 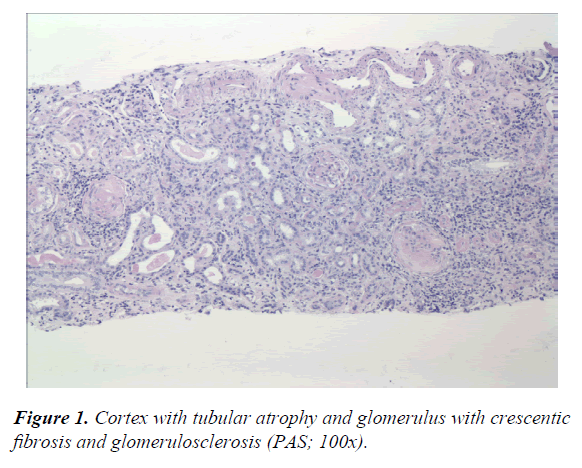 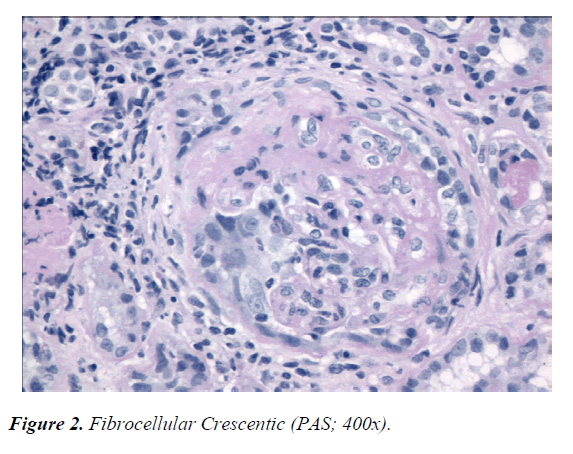 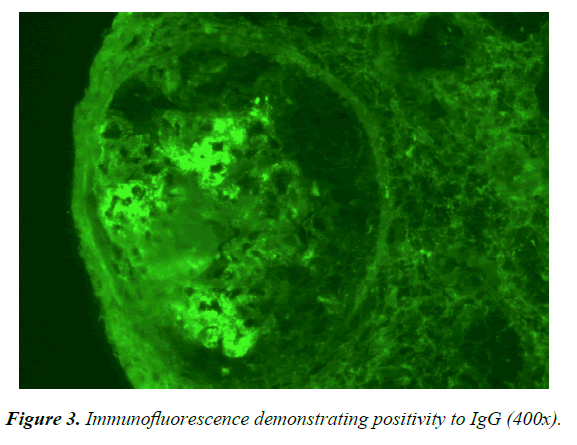 Pseudotumor cerebri is a diagnosis of exclusion, made when cerebrospinal fluid’s pressure is greater than 250 mm H2O and radiological studies rule out deformity or obstruction of the ventricular system or vascular abnormalities [5,7].

Despite the fact that PTC’s clinical manifestations are well characterized, its pathogenesis remain unknown. Many underlying mechanisms have been proposed including cerebral venous outflow abnormalities (venous stenosis and venous hypertension); increased CSF outflow resistance at either the level of the arachnoid granulations or CSF lymphatic drainage sites; increased production of CSF; obesity-related increased abdominal and intracranial venous pressure and abnormalities of vitamin A metabolism [7,8].

Numerous medications have been reported to be associated with PTC, such as nitrofurantoin, nalidixic acid, lithium, ciprofloxacin, tetracycline, indomethacin, vitamin A intoxication, anabolic steroids and growth hormone therapy [5,9]. Our patient was under treatment with metformin, which has not been reported to be associated with PTC. Many diseases have also been implicated namely cystic fibrosis, Addison’s disease, human immunodeficiency viral infection, cerebral malaria, systemic lupus erythematous and sarcoidosis [9].

Case reports of patients with pseudotumor cerebri and kidney disease are limited. In a study done at Iowa University, 5 (2, 6%) out of 192 patients with benign intracranial hypertension, also had chronic renal failure [10]. Chang et al. [11] reported the occurrence of PTC in a 27-year-old male with chronic kidney disease of unknown cause. In 2015 Ahmed et al. [8] published the case of a young obese woman that presented with pseudotumor cerebri and was subsequently diagnosed with IgA nephropathy. Animal studies have revealed that severe renal insufficiency could be associated with slightly elevated intracranial pressure, possibly due to fluid overload, anemia, and increased cerebral bloodflow [12].

Pseudotumor cerebri has been described in children with chronic kidney disease who underwent hemodialysis [9,13] and peritoneal dialysis [12,14]. Interestingly, intracranial pressure has been noted to be high during hemodialysis [15]. Additionally, PTC has been documented in renal transplant recipients [16].

The association between PTC and connective tissue disorders has been poorly documented. To the best of our knowledge, only two cases of young females with hypocomplementemic urticarial vasculitis with glomerulonephritis who presented with PTC have been reported [17,18]. However, pseudotumor cerebri as presentation of AAV, as far as we are concerned, we are the first to report. The patient of the current report was an 18-year-old woman with ANCA associated vasculitis, which is an unusual age of onset for this kind of vasculitis. The average age of onset for this disease is between 65-74 years, with an estimated annual incidence of 10-20 cases per million [19]. Relative to AAV in pediatric population a french study found an annual incidence of 0, 5 cases per million children [3].

The patient from the current report had PTC and ANCA-MPO associated crescentic glomerulonephritis, nevertheless, immunofluoerescence study was IgG and C3 positive, which would not be compatible with AAV, considered to be pauci-immune. However, these deposits have been found even in 50% of patients with AAV associated crescentic glomerulonephritis [21].

In conclusion, we report a case of an 18-year-old female with signs and symptoms of PTC and chronic kidney failure, whose etiological study showed AAV elements. To the best of our knowledge this association has not been reported. The fact that the patient from the current report was an obese woman of childbearing age implies relatively high risk of developing pseudotumor cerebri. The associated findings of ANCA-MPO antibodies and renal failure in a patient with PTC, might have been coincidental. On the other hand, PTC may be an atypical neurological manifestation of ANCA associated vasculitis, however, evidence of causal association has not been reported. 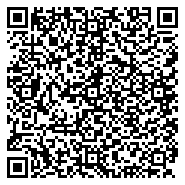