In this work, streptozotocin-induced diabetes in Wister rats was compared to the antidiabetic effects of Moringa olifera. We used 16 Wistar rats for the experiment. By chance, there were four groups of four animals each (n=4). Streptozotocin, dissolved in citrate buffer, at a dosage of 70 mg/kg body weight, was administered intraperitoneally to animals in groups 2 and 3 in order to induce diabetes (0.1 m, pH 4.5). Moringa oleifera leaf extract was administered to the animals in groups 2 and 4, respectively. When the study's time was up, the animals were put to death, and the pancreas was taken out, weighed, and homogenized before being tested for the presence of insulin, malondialdehyde (MDA), glutathione (GSH), and superoxide dismutase (SOD) using the proper diagnostic kits. The results showed that after one week 79% of the rats in the diabetic groups treated with moringa leaves after therapy turned out to be normoglycemic. Moringa's average body weight increased by 18.5% in the third week, 26.5% in the sixth week, and 20.5% in the seventh. After getting treatment for hyperglycemia with moringa, insulin levels nearly returned to normal while pancreatic SOD and GSH concentrations increased in the groups that received the extract. In light of this, it can be said that moringa possesses hypoglycemic properties that can be highly beneficial in the management of diabeties.

Moringa trees are in full near the end of the dry season, when most edibles are often sparse, and appear promising as a food in the tropics. There are now a lot of studies on the nutritional benefits of Moringa, both in academic and lay literature. According to reports, Moringa's leaves have a protein content that is comparable to that of milk and eggs and contain more vitamin A than carrots, Calcium than milk, iron than spinach, vitamin C than oranges, and Potassium than bananas. There seems to be little dispute about the significant wealth gain to be realized by consuming Moringa leaf powder in situations where starvation is approaching because the nutritional characteristics of the plant are now so well documented (Lowell, 1989). The advantages for the treatment, prevention, or both that may result from dietary or topical administration of Moringa preparation ( such as extracts, decoction, poultices, creams, oils, emollients, salves, powders, and porridges) are not entirely well known (Palada, 1996) (Figure 1).

Reviewing the assertions stated and evaluating the caliber of the evidence supporting the more thoroughly researched assertions is helpful. Numerous references to traditional medicine attest to its healing abilities and scientific validation of these widely used practices in underdeveloped nations, supporting at least part of the claims. In the scientific literature, Moringa preparation has been cited as having antibiotic, anti-inflammatory, hypocholesterolemic, and hypoglycaemic properties. It has also been noted to have significant efficacy in water purification through flocculation, sedimentation, antibiosis, and even a decrease in the titer of Schistosome cercariae (Olsen, 1987).

A diverse range of metabolic illnesses known as diabetes mellitus includes glucose intolerance and fasting hyperglycemia [1]. About 20 million people worldwide have type 1 diabetes, which accounts for 10% of all occurrences of diabetes and is immune-mediated [2]. 90% of people with diabetes have type II, insulin-resistant diabetes. It affects an estimated 6% of the adult population, and it is predicted that by 2010, there would be 200-300 million cases worldwide, an increase of 6% each year [3]. Diabetes is linked to debilitating and potentially fatal complications like coronary artery disease, retinopathy, nephropathy, and hepatopathy [4]. These problems have oxidative stress caused by chronic hyperglycemia as its pathogen [5]. According to earlier studies, antioxidants can shield people from the incapacitating consequences of diabetes by scavenging free oxygen and superoxide radicals [5]. Additionally, it has been noted that antioxidant depletion appears to be a significant risk factor for problems and that antioxidant supplementation reduced the risk [6]. Further, diabetes-related insulin resistance or dysfunction increases the risk of atherosclerosis and dyslipidemia [7]. There is evidence that cellular damage brought on by free radicals plays a role in the development of diabetes mellitus [4]. The goal of the study was to examine the antihyperglycemic properties of Moringa oleifera leaves in adult Wistar rats that had developed diabetes as a result of streptozotocin (STZ) induction.

Mature fresh leaves of Moringa oleifera were harvested from a farm in the terai region of Nepal. The plant material was then identified and authenticated by Botanist of Natural Herbarium Department, Godawari Lalitpur Nepal.

About 1.5 kg of dried leaves powder of Moringa olifera was placed in 1500ml (solvent to sample ratio of 10:1 (v/w) solvent to dry weight has been used) of methanol as a solvent and then stored at room temperature for 72 hours. The extract was then filtered through Whatmann No.1 filter paper and evaporated to dryness using Rotary Evaporator at a much reduced pressure. This was followed by the dilution of the crude extract (concentrated using a rotary evaporator) with mother solvent i.e. DMSO (Dimethyl Sulpho-oxide) to obtain a stock solution of 100mg/ml from which a series of dilutions were made as required.

There were sixteen Wistar rats utilized. The animals ranged in age from 6 to 10 weeks (150-200g). The animals were housed in cages. The animals were subjected to a 12-hour cycle of light and darkness while kept at ambient temperature. They were kept on animal diets and given unrestricted access to food and water.

Group 2: the diabetic group that received Moringa extracts only.

Group 4: the normoglycemic group that received Moringa extracts only.

Induction of hyperglycemia in Wistar rats

Eight overnight-fasted, randomly chosen rats were given one intraperitoneal injection of STZ at a dose of 70 mg/kg body weight to cause hyperglycemia [8,9]. Just before injection, STZ was dissolved in citrate buffer (0.1 m, pH 4.5). For 72 hours, hyperglycemia was allowed to grow [10]. Hyperglycemic animals were those whose fasting blood glucose (FBG) was 250 mg/dL or higher [11] and were included in the study. One intraperitoneal injection of 0.1 m citrate buffer (1 mL/kg bw; pH 4.5) was given to control animals.

An analysis of the literature helped to support the amount of Moringa oleifera aqueous extract that was employed in the investigation [11]. For a maximum of six weeks, rats in groups 2 and 4 received daily oral administration of 200 mg/kg body weight of Moringa oleifera aqueous extract (in physiological saline) at 9.00-10.00 each day through the oral cannula.

At 9:00-10:00, overnight fasted rats' blood sugar levels were measured using a one-touch ultra 2 glucometer. Blood was drawn from the tail's dorsal vein. For six weeks, blood glucose levels were checked on the first day of treatment and once a week.

The therapies were given for six weeks to evaluate the morphological and biochemical changes that were occurring in the various groups. Animals were cervical dislocated and slaughtered after six weeks. Following a laparotomy, the pancreas was removed, homogenized in phosphate buffer solution (pH 7.4), and stored in the refrigerator for the determination of insulin, malondialdehyde (MDA), glutathione (GSH), and superoxide dismutase (SOD) using the appropriate diagnostic kits.

The results were examined using the formula mean standard error of the mean (mean SEM). To compare mean values, a one-way analysis of variance was used (ANOVA). p<0.05 was chosen as the cutoff for statistical significance.

Throughout the six weeks, blood sugar levels were assessed in several groups. All animals in the untreated diabetic and the treated diabetic groups remained hyperglycemic (FBG> 250 mg/dL) at week 0, which was a week following the induction of hyperglycemia. 90.5% of the diabetic rats receiving Moringa medication after one week of treatment achieved normoglycemia, and their blood sugar levels were nearly identical to those of the control group (p>0.05). As the administration went on until the sixth week, the blood glucose level gradually returned to normal, as depicted in (Figure 1). Table 3. Effects of Moringa leaf extracts on some biochemical parameters according to animal groups. Figure 4:Effects of Moringa leave extract on some biochemical parameters according to animal groups.

In this study, therapy with Moringa oleifera's aqueous leaf extract at a dose of 200 mg/kg/d resulted in normoglycemia in 90.4% of the animals by the end of the first week of treatment, and all of the animals had their blood glucose levels brought to near normal by the end of the second week. Tende et al. have noted that Moringa leaves have hypoglycemic properties [11]. The enhancement of insulin release from the ß cells of the pancreatic islet of Langerhans, inhibition of gastrointestinal glucose uptake with a-glucosidase or pancreatic amylase enzyme inhibitors, inhibition of gluconeogenesis, and inhibition of glycogenolysis were used to produce hypoglycemic activity [12,13]. According to reports, the presence of a-glucosidase and pancreatic amylase enzyme inhibitors is what gives Moringa its hypoglycemic effects [14]. The inability of blood glucose to rise after ingesting glucose is due to these enzyme inhibitors which stop the digestion of glucose into an absorbable product. These inhibitors have been found in plants like Morus alba, which can display hypoglycemic activity, under reports [15]. Also, the antioxidants flavonoids, phenol, and vitamins C and E in Moringa leaf extract may be the cause of its hypoglycemic effects.

Increment in pancreatic oxidative stress is linked to disease development in STZ diabetes [16], and this investigation has verified this. Nitric Oxide (NO) donor STZ has been shown to mediate pancreatic islet cell death, most likely through DNA damage [17]. In addition to producing NO, STZ also produces ROS due to its impact on mitochondria and an increase in xanthine oxidase activity [18]. Scavengers of NO [17] and ROS [18] have therefore been found to protect against DNA damage and cell toxicity brought on by these chemicals. Hyperglycemia is typically linked to lipid peroxidation [13]. When cells are destroyed without insulin, as in the case of untreated hyperglycemic mice, the tissue switches to using fatty acids and acetyl-CoA [13]. Untreated hyperglycemic animals had higher amounts of MDA in their pancreas. In the mice treated with Moringa, the increase in MDA levels was substantially different from the control (p<0.05). Oleic acid, one of the components of Moringa leaf extract, was able to increase the release of insulin [19], and this group's early onset of hypoglycemia was able to prevent lipid peroxidation. The aforementioned explanation can be used to explain why the low MDA levels found in the pancreatic and blood of the Moringa-treated group were much lower than those of the control and untreated hyperglycemic animals.

Cells naturally produce the antioxidant SOD [20]. This study demonstrated an inverse relationship between tissue SOD levels and plasma glucose levels [16]. Animals from the untreated hyperglycemic group had low pancreatic SOD levels, and this decline differed significantly from the control group (p<0.05) in comparison. The presence of antioxidants like flavonoids and vitamins C and E in Moringa leaf extract [14] must be the cause of its antioxidant activity. The Moringa extract was able to stop the oxidative damage that hyperglycemia caused to tissues by ensuring that normoglycemia was reached within the third and second weeks, respectively. Typically, the generation of Oxygen radicals and ROS is what causes tissue to be destroyed in a hyperglycemic state [4].

γ-glutamyl-Cysteine synthase catalyzes the first step in the production of glutathione, which is the generation of γ-glutamyl-cysteine. Glutamyl synthase next adds the glycerin moiety [21-23]. Glutathione, also knowns as glutamylcysteine- glycine, is essential for the body's defense against oxidative stress [24]. The majority of glutathione in human blood is found in erythrocytes (2mmol/L), whereas plasma glutathione concentrations are very low (10mmol/L). This is consistent with reports from Dominiguez et al. [25] and Elhadd et al. That type 1 diabetes causes a 32% decrease in tissue glutathione levels and type 2 diabetes causes a 30% decrease. The depletion depends on the blood glucose levels and does not result from a drop in the rate of glutathione synthesis; rather, it happens despite unchanged or accelerated rates of glutathione production. Glutathione depletion results from diabetes' increased use of antioxidants [25]. The diabetic group that received treatment with Moringa had high levels of pancreatic GSH, and this rise stood out from the control and untreated diabetic groups (p<0.05).

As a result, it is determined that Moringa leaf extract in aqueous form has a hypoglycemic impact. This further emphasizes the promise of these herbal treatments for the control of diabetic hyperglycemia. 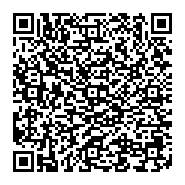