Objective: To analyze the differences in the expression of Autophagy-related proteins (ATG) in prostate cancer tissues and normal para-carcinoma tissues and to have a preliminary investigation of its clinical significance.

Methods: The 90 cases of specimens from the prostate cancer radical operation without the endocrinotherapy from Jan 2013 to Dec 2015 were collected by means of the immunohistochemical staining, the immunohistochemical staining results of the following 8 antibodies in the prostate cancer tissues and normal para-carcinoma tissues were observed: Androgen Receptor (AR), phosphomammalian Target of Rapamycin (p-mTOR), Beclin-1, Autophagy-related protein5 (ATG5), Autophagyrelated protein7 (ATG7), ULK1, p62 and microtubule-associated protein light chain 3B (LC3B). Two pathologists performed the scoring independently according to the same scoring criteria and made a comparative statistical analysis in accordance with the scoring results.

Conclusion: Cellular autophagy is inhibited in prostate cancer tissues and with the increase in tumor grade and staging, the inhibition degree of cellular autophagy will also escalate, but the specific mechanism is still needed to further investigate.

90 cases of specimens from the prostate cancer radical operation without the endocrinotherapy from Jan 2013 to Dec 2015 were collected, the study was approved by the Ethical Committee in our hospital and all the patients were informed and signed the informed consents; the prostate cancer tissue regions and normal para-carcinoma tissue regions that could represent the paraffin specimen tissue characteristics were determined through the HE-stained pathological sections; the pathological resections were placed under the microscope to find the target sampling regions and mark on the paraffin blocks; the 90 cases of paraffin tissues were divided into 10 groups according to the Gleason’s score, the tissue microarray was designed, the thickness of each of the 68 sections was set to be 4 μm, add the specific operation methods are similar to those described in the references [10].

The sections were baked at 70°C for 45 min; the alcohol was removed after the sections were deparaffinated, 3% (volume fraction) H2O2 was placed, then they were enclosed for 20 min, the sections were placed into the pH 8.0, 1/50 EDTA antigen repair fluid and then they were put into the microwave oven for de-freezing for 20 min to repair the antigen, and the primary antibodies were added for overnight culture at 4°C; EnVision second antibody was added for culture at 37°C for 50 min, DAB was used for color development for 3 min, then counterstaining and differentiation were performed, and finally the sections were sealed. The operation was based on the kit instructions and the specific operation methods were similar to those described in literatures [10,11].

After the preparation of tissue microarray and the immunostaining, associate chief physicians from pathological department finished the scoring independently, both the intensity and quantity of positive staining were taken into consideration, and the specific methods were as follows: 0 point for colorless, 1 point for light yellow, 2 points for brownish yellow, and 3 points for brown. 0 point if there was no positive cell, 1 point if the proportion of positive cells was ≤ 20%, 2 points if the proportion was 20% to 50%, and 3 points if the proportion was ≥ 50% [12].

The experimental results were analyzed according to SPSS19.0 software, the immunohistochemical scoring results were expressed in the form of mean ± standard deviation (͠x ± s), and the t-test was used for the statistical analysis to compare the tumor tissues and normal para-carcinoma tissues to find the difference in expression. The bivariate-related spearman test was used for the statistical analysis to find the inter-antibody connection, the Mann-Whitney U-test of the non-parameter test was used to investigate the relation between the expression difference in autophagy-related protein and the tumor grading and staging, the significance level α=0.05 and the two-sided test was used.

The results of tissue micro assay indicated that, in the prostate cancer tissues, p-mTOR was correlated with the expression of AR (r=0.451, P<0.05) and p62 (r=0.498, P<0.05) and also correlated with the changes in the expression level of LC3B (r=0.627, P<0.05), and it has not been established that the correlation with other autophagy-related proteins is of statistical significance (P>0.05), with details shown in Table 2.

The initiation of autophagy is subject to the regulations of multiple signal pathways, and the phosphoinositide 3-kinase (PI3K)-Akt-mammalian target of rapamycin (mTOR) (PI3K-Akt- mTOR) signal pathway plays a vital role in regulating the cellular autophagy [13]. The activity of mTOR complex plays an important role in autophagy; mTOR, called the gate keeper of autophagy, is the most important cell component of down-regulation of autophagy [13]. Therefore, the investigators in this study chose p-mTOR, the active form of mTOR, as an important indicator in detecting the autophagy level. When multiple factors cause an increase in mTOR phosphorylation, autophagy will be inhibited, and the intracellular synthesis effects will increase as a result; vice versa, in case of the de-phosphorylation of mTOR, the autophagy will be up-regulated. The regulation of mTOR on autophagy can be realized through the down-regulation on ATG1, another protein kinase [14,15]. The homologous product of ATG1 in higher eukaryotic cells is ULK1 protein; the increase in mTOR de-phosphorylation caused by external factors will weaken the inhibition on ULK1 and as a result initiate the autophagy. In case of an increase in ULK1 activity, it will act with ATG13 and FIP2000, forming the protein complex, so that multiple proteins can be enrolled to the PSA sites to initiate the assembly of autophagosome [14]. In this study, two proteins, p-mTOR and ULK1, served as the indicators in the initial stage of autophagy detection, and the up-regulation of expression of p-mTOR (P<0.001) in tumor tissues and the down-regulation of expression of ULK1 (P<0.001) in tumor tissues could indicate that the autophagy in the prostate cancer tissues was inhibited from the initial stage.

The formation of autophagosome needs the participation and coordination of multiple cellular components; during the early process, the PI3K kinase complex consisting of phosphatidylinositol 3-phosphate (PI3P), PI3K protein, Vps34, Beclin1 and p150 are relied on during the early process [16]. In addition, the studies on the correlation between the autophagy regulation usibgn the Bcl2-Beclin 1 pathway and the prostate cancer also reveal that Beclin1 plays an important role in the autophagy initial stage, Bcl-2 is located in the cell nuclear membrane, endoplasmic reticulum and mitochondrial outer membrane, and it is considered to be a kind of key protein factor with the dual regulation effects of autophagy and apoptosis [17]. The occurrence of autophagy during the early stage depends on the formation of vacuolar sorting protein 34 (VSP34) and Beclin1 complex [18]. As is shown in literature reports, in the prostate cancer, Bcl-2 can selectively bind with Beclin1 on the endoplasmic reticulum, further hindering the binding between the VSP34 and Beclin1 and inhibiting the occurrence of autophagy [19]. In this study, Beclin1 served as an indicator for the detection of autophagosome formation and the staining analysis was made; Beclin1 (P=0.005) had a down-regulated expression in tumor tissues, indicating that, autophagy was obviously inhibited during the earliest autophagosome forming stage in the tumor tissues.

Due to the specificity of autophagy in substrate selection, we selected p62 for protein detection in this study. During the process of autophagy selecting substrate, the substrate would be recognized by p62 protein, which has a ubiquitin-associated (UBA) domain and a LC3-associated domain and can further specifically transport the ubiquitinated proteins to the autophagosome for degradation [20]. The expression of p62 (P=0.030) was up-regulated in tumor tissues as found in the experiment. The expression level of p62 (P<0.05) was higher in the poorly-differentiated cancer than in the highlydifferentiated cancer probably because the autophagy in the prostate cancer tissues with a high malignancy was inhibited to a greater extent. This study also indicated that P62 was also highly expressed in the poorly-differentiated tumors and a tumor of a relatively late stage. The occurrence and development of tumor may be associated with the abnormal stimulation of P62, which is similar to the results of some other studies [3].

The investigators in this study, by means of the combined method of tissue microarray and immunohistochemistry, preliminarily investigated the difference in the expression of autophagy-related protein in prostate cancer patients and the results indicated that, the differences in autophagy-related protein was somewhat associated with the tumor differentiation and staging and could impact the patient’s prognosis. The highflux large-sample detection of the expression of autophagyrelated protein at the protein level effectively avoids the interference of the system error and human factor, the staining intensity and the proportion of positive cells are taken into consideration in the scoring system and relatively accurate scores can be generated, which provide favourable conditions for further studies. However, some errors and deviations may be present due to the limitations in experimental conditions and these results need further confirmation and the clinical significance needs further investigation. 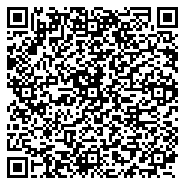