Growing research and public awareness point to the severity of mental health problems around the world, half of which begin before the age of 14, and which have long-lasting impacts on both individuals and society. Despite the fact that this global problem is multifaceted and necessitates comprehensive responses, many interventions continue to look for answers that solely address the individual level. The purpose of this study is to present a systematic evaluation of the evidence regarding beneficial impacts on children's and adolescents' mental health as a result of community and school-based interventions, where interaction among various agents is a key element.

More than half of mental health issues begin throughout childhood and adolescence, and many of them continue into adulthood, making these years crucial for promoting mental health. This has recently gained importance since research from around the world indicates a rise in the prevalence of mental health problems in children and adolescence, with the percentage of those affected now approaching 20%. Numerous of these kids and teenagers aren't getting the specialist care they need, which further aggravates the condition [1].

Adolescence is a time when situations and behaviours start to emerge that not only has an impact on adolescent health but also pave the way for diseases to develop in adulthood. Unhealthy habits including smoking, drinking, and using illegal drugs frequently start during adolescence, are strongly linked to higher morbidity and mortality rates, and pose significant public health issues. Many mental health issues start to manifest in mid- to late adolescence and add to the overall disease load in young people and later life. The development of more than 50% of adult mental problems occurs before the age of 18. Teenage pregnancy, HIV/AIDS, other sexually transmitted diseases, spousal violence, child abuse, car accidents, physical conflicts, crime, homicide, and suicide have all been linked to poor mental health [2].

The pattern of mental illness across a person's lifespan is identical to the pattern of physical sickness. Adolescence and the early stages of adulthood are when mental illness is most likely to start. The fifth to sixth decade of life is substantially later than the average age at which physical sickness first manifests itself. Clinically speaking, this indicates that young patients with physical sickness are comparatively more likely than older patients to have co-existing psychological issues. Additionally, it means that younger patients are rather uncommon in medical wards. Young people may feel lost in a medical setting that mostly treats elderly patients, and their particular requirements may be easily disregarded [3].

Early adulthood and adolescence are a time when people take on responsibilities and frequently rebel against them. Young adults become independent and learn to live with their decisions. For instance, type 1 diabetic adolescents are known to have lower glycaemic control than adults, primarily as a result of poor meal planning and insulin omission. Non-adherence to medication may also be a sign of newly developing mental health issues like eating disorders [4].

Young adults frequently rely on their parents to schedule their appointments and pick up their prescriptions from the pharmacy. They can find it advantageous to visit the clinic with their parents. Involving carers and family is a crucial component of a comprehensive treatment plan in psychiatric therapy. A history provided by an informant frequently contains fresh, crucial details on disease symptoms and drug compliance. When it comes to physical practise, it is frequently the opposite: young people are seen with family members, and effective practise recognises the necessity to interview the young person both alone and with an informant [5].

As a whole, young adults are in generally good health. The two most prevalent health issues are mental health issues and obesity. A push to create psychiatric services exclusively for young adults has emerged in response to the requirements of young people with regard to their mental health. Young people's psychological and physical requirements must be acknowledged if there is to be a similar growth for their medical demands. 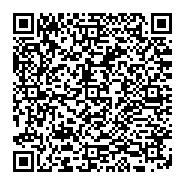