Actions designed to change population health determinants and preventing the establishment of factors.

Thinking about health and health care is a very personal matter for most people. As stated in, America's health status does not correspond to the country's significant health investments. In addition to dramatic change, systemic difficulties, and challenging societal norms and influences, the work of maintaining the nation's health faces significant challenges. Given these concerns, the committee argues that national health policy, which has traditionally been based on a concern for personal health care and biological research that helps individuals, must be transformed [1].

To better address the nation's social, economic, and cultural contexts at the national, state, and local levels, the country's efforts must include more than simply the conventional sectors of government public health agencies and the health-care delivery system. The construction of an effective intersectoral public health system, as indicated in the preceding paragraphs, is required. Furthermore, the public health system's efforts must be bolstered by political will, which comes from elected officials who commit resources and influence based on evidence, as well as "healthy" public policy, which comes from governmental agencies that consider health implications when developing agriculture, education, commerce, labour, transportation, and foreign policy.

The justification for a new approach to population health concerns is described in this chapter. This method identifies significant health determinants and gives evidence for their consideration in building successful national plans to ensure population health and promote the development of a public health system that combines the capabilities and resources of various sectors and partners.

Determinants of health are a group of personal, social, economic, and environmental elements that influence one's health. Individual and population health is determined by the interrelationships between these components. Health determinants extend beyond traditional health care and public health sectors; education, housing, transportation, agriculture, and the environment can all play a role in promoting population health [2].

Individual and population health are influenced by policies at the local, state, and federal levels. Increasing tobacco sales taxes, for example, can benefit public health by lowering the number of people who smoke.

Some policies have long-term effects on entire communities while also assisting individuals in changing their behaviour. The Federal Government, for example, is empowered to create and control standards for motor vehicles and roadways under the 1966 Highway Safety Act and the National Traffic and Motor Vehicle Safety Act. As a result, automotive safety requirements, such as seat belts, have been raised, which has resulted in a reduction in the number of injuries and deaths caused by motor vehicle accidents.

Access to resources to meet everyday requirements, such as educational and employment opportunities, adequate earnings, and nutritious diets.

Social norms and attitudes, such as prejudice [3].

Exposure to crime, violence, and social disorder, such as the appearance of rubbish.

Exposure to the media and new technology like as the Internet and cell phones.

Socioeconomic factors, such as concentrated poverty.

Plants, weather, or climate change in the natural environment.

Built environment, such as buildings or transportation.

Toxic substances and other physical dangers are present. Aesthetic features, such as good lighting, trees, or benches. Physical barriers, particularly for individuals with disabilities [4].

Individual’s interactions with their social and physical environments can exacerbate poor health outcomes. Millions of people in the United States, for example, live in areas with harmful amounts of ozone or other pollutants in the air. When compared to state and national norms, counties with high ozone pollution had a greater prevalence of asthma in both adults and children.

Individual behaviour has an impact on health consequences as well. A person's risk of acquiring heart disease is considerably lowered if he or she quits smoking, for example. Individual behaviours such as substance misuse, diet, and physical activity are the focus of many public health and health-care programmes. Individual behaviour improvements can help to lower chronic disease rates in the United States. Lack of or limited access to health care has a significant impact on a person's health. Individuals without health insurance, for example, are less likely to engage in preventative care and are more inclined to postpone medical treatment [5]. 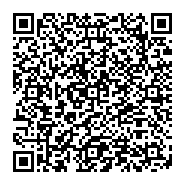