Accumulation of phycotoxins in bivalve mollusks

Biotoxins are frequently responsible for human poisoning and occurrences involving the mass extinction of marine life. Bivalve molluscs are filter-feeders and rely mostly on a variety of phytoplankton species for nutrition. Some of these species are poisonous and produce phycotoxins, which can concentrate in edible mussel, oyster, scallop, and clam portions and give consumers severe intoxication syndromes. Bivalve shellfish and crustaceans are responsible for the accumulation of toxins that results in paralytic shellfish poisoning. Dinoflagellate algal blooms, which typically occur from June through October when the weather is warmer, cause an accumulation of toxins in filter feeders like bivalves.

Various and distinct syndromes known as paralytic shellfish poisoning, amnesic shellfish poisoning, diarrhoeic shellfish poisoning, and neurotoxic shellfish poisoning are connected with human intoxication by biotoxins and exhibit a wide spectrum of symptoms, from digestive to neurological. This review offers a thorough and current analysis of the features of phycotoxins, usually found in marine invertebrate organisms, as well as information on their origin, the species in which they were discovered, their method of action, and their primary impacts on humans [1]. The public's health is always at danger due to the rising frequencies of harmful algal blooms and the rising numbers of these species.

A range of toxins may be stored and used by these aquatic species for their own needs. Although the majority of them are non-proteinaceous substances, they range in size from small to high molecular weight molecules and exhibit distinctive chemical and biological characteristics of scientific interest. Consumers' exposure to these toxins depends on how much seafood they eat and how much toxin is in those mussels [2]. As was already indicated, even if the bulk of these toxins are phytoplanktonic in origin, they are primarily bioaccumulated after filtering poisonous microalgae within the tissues of shellfish, which is why they are known as shellfish toxins. Aside from bivalve molluscs, several marine species, including echinoderms, tunicates, marine gastropods, and crustaceans, have the ability to serve as poison vectors. They are categorised as toxins causing PSP, amnesic shellfish poisoning, diarrhetic shellfish poisoning, neurotoxic shellfish poisoning, and ciguatera fish poisoning based on the symptoms or syndromes of their poisoning [3]. There are more illnesses, though, and every kind of poisoning is connected to a certain class of biotoxins. A foodborne ailment called paralytic shellfish poisoning often arises after consuming shellfish that has been exposed to saxitoxin. Molluscan bivalves and other shellfish that are fed during toxic algal blooms, particularly dinoflagellates of the genus Alexandrium, concentrate the toxin and are dangerous to eat.

About 100 different species of dinoflagellates and diatoms produce a category of chemicals known as phytotoxins, which can be harmful to humans when they consume shellfish, some fish, and other types of seafood [4]. The fact that shellfish are filter feeders and can amass astounding levels of toxins per gramme of flesh is what causes the accumulation of phycotoxins in them. Each species contains a very large number of distinct compounds, and a single organism can produce several toxin categories. Each species' poisons have a unique chemical profile that varies depending on the environment, resulting in a highly complicated chemical pattern. 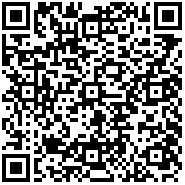