The biological mechanisms responsible for clinical Alzheimer’s disease (AD) are very elusive and many hypotheses so far proposed (based on accumulation of tau protein and amyloid beta protein) are not conclusive or at least are not able to early predict the disease progression. The etiology of AD involves many factors with complex cause-effect relationships. Among them, the role played by possible alterations in brain iron metabolism is becoming very attractive 1]. In fact, many evidences suggest that imbalance of iron metabolism is involved in neurodegenerative disorders, leading to overload phenomena in several brain regions and dysfunction of iron-related proteins 2].

Our group is actively working in this field performing accurate measurements of the total iron content and speciation in Cerebro- Spinal Fluid (CSF). Data show a sharp differentiation between neurological controls (CT) and AD patients, with some intermediate situations for patients showing Mild Cognitive Impairment (MCI) and other forms of dementia, such as Frontotemporal Dementia (FTD), for which the iron content in CSF is somehow intermediate.

Total iron content in CSF have been provided from patients affected by AD, MCI, FTD and CT. Accurate detection of total iron concentration in CSF samples has been performed using Graphite- Furnace Atomic Absorption Spectrometry (GF-AAS) (Figure 1). This analytical technique allows very low limits of detection and precise quantification of iron, requiring small volumes and a minimum pre-treatment of samples. This approach contributes to quantify in a precise and direct way the iron in CSF, reflecting the brain iron status, more difficult to measure.

When available we also considered the iron content in serum (circulating iron, transferrin and ferritin), which also well correlates with more specific AD biomarkers. Iron data (both in serum and in CSF) are correlated with other consolidated biomarkers, such as Tau protein (phosphorylated and total) and Mini Mental State Examination (MMSE).

Modern mathematical techniques based on machine learning algorithms could improve the robustness of the diagnosis based on the current guidelines. Linear Support Vector Machine (L-SVM) and Decision Trees Classifiers have been exploiting to evaluate the power of classification of patients affected from dementia and controls, based on different combination of available features, involving iron, biomarkers and clinical data. In particular, the recent work is focusing on the importance of different set of features, to establish an optimal set able to well discriminate the different conditions of dementia.

Furthermore, many clustering algorithms are used for partitioning patients based on their similarity and for finding patterns across them. The application of hierarchical clustering and Density- Based Spatial Clustering of Applications with Noise (DBSCAN) algorithms revealed the presence of subgroups, with patients affected from MCI and AD highlighting similar profiles based on features related to iron and biomarkers. This result could open the way for the use of set of features involving iron related data to better discriminate patients affected or not from dementia (Figure 2).

Such iron reaches the brain by crossing very selective brain barriers, i.e. the blood-brain barrier and the blood-cerebrospinal fluid barrier (BCSFB), which respectively separate the systemic circulation from the central nervous system and from the CSF.

Based on the previous knowledge a simple two-compartment model (Figure 3a) macroscopically describing iron exchange across the membrane between serum and CSF in the choroid plexus has been developed and validated by data. Based on the experimental data, the exploitation of the mathematical model showed a marked difference in iron flow rate at BCSFB level (up to one order of magnitude) in AD patients with respect to controls (Figure 3b), suggesting a possible alteration in biological mechanisms of iron passage.

Sensitivity analysis for the previous two-compartmental mathematical model revealed that the parameter values related to the exchange at the barrier level are crucial for the balance of iron concentration in the CSF. In fact, they could reflect the permeability of cell barriers regulated by tight junctions, as well as the receptors-mediated activity (e.g. clearance of toxic substances from CSF). These biological pathways regulate the modulation of iron in the brain and therefore are critical for the onset of neurodegeneration.

Our results suggested a possible increase of permeability to iron at the BCSFB formed by the choroid plexus, particularly in AD condition and support the biological hypothesis of iron dysregulation at BCSFB level 3], also proposing the use of a mathematical approach to elucidate the altered mechanisms in neurodegenerative disorders.

Provided further investigations can quantitatively relate the iron content in CSF and the excess of iron in brain, especially in the hippocampal region, which has been observed postmortem or via MRI imaging, possible new therapeutic approaches can be devised. Intrathecal administration of chelating agents in CSF would in fact be much more effective and less toxic in comparison with systemic ones. New formulations of nanobubbles are in development, formulated with several shell-composition (e.g. chitosan, Glycol-chitosan- EDTA and Glycol-chitosan with Deferoxamine) and consequent different iron-chelating power. Preliminary results showed that these nanosystems have very good biocompatibility and chelating power, also when inserted in biological matrices, such as CSF and serum.

The goal is that of producing a personalized profile of iron metabolism as preliminary diagnostic item for therapies based on local iron chelation possibly forming nanostructures drivable by static magnetic fields.

In conclusion, physics can give important contributions to the understanding, modeling and managing of very complex and multifactorial diseases such as AD. 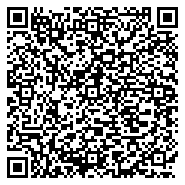