A case of heterotopic salivary tissue: Pleomorphic adenoma of the nose.

Objective: Pleomorphic adenomas are benign tumors of epithelial origin which typically present as tumors of the salivary gland. In this case report, we present a rare case of ectopic pleomorphic adenoma of the nose, review the epidemiology and pathology of this neoplasm, and address concerns for recurrence and malignant transformation. The pathology report noted a diagnosis of benign mixed tumor (pleomorphic adenoma). Methods: A single case was reviewed for this case study. The patient is an 11 year old female who presented with a soft, mobile mass on her nasal bridge. Results: The mass was excised under general anaesthesia and sent for pathology evaluation. The pathology report noted a diagnosis of benign mixed tumor (pleomorphic adenoma). Other cases of heterotopic pleomorphic adenomas have been described in the literature, including in the breast, lung, and skin. Conclusions: In evaluation of facial masses, the rare diagnosis of heterotopic pleomorphic adenoma should remain low on the list of differential diagnoses. However, should pathology reveal this diagnosis, the physician may be reassured by the benign nature and good post-excision prognosis of this pathology, while remaining aware of the possibility of recurrence or malignant transformation.

The patient is an 11 year old female with no past medical history who presented to our plastic surgery clinic for evaluation of a mass on her nasal bridge. The family denied antecedent trauma, and noted that the mass had been present for about one year. The patient had previously seen a dermatologist regarding the mass, and had undergone two steroid injection treatments. The family denied drainage from the mass. On exam, the mass was 5 mm in diameter, soft, and mobile, and located on the lateral aspect of the right nasal bridge. As the mass was not located in the midline and not present at birth, glioma or encephalocele were unlikely and imaging was not obtained. The mass was excised under local anesthesia (a field block consisting of a 3 ml mixture of 0.25% bupivacaine with epinephrine buffered with bicarbonate, injected after applying topical anesthetic), and the specimen was sent for pathologic evaluation. The pathology report noted a diagnosis of benign mixed tumor (pleomorphic adenoma). The patient was found to be healing appropriately at postprocedure clinic follow-up visits without evidence of recurrence; her most recent follow-up to date was two months post-procedure.

Pleomorphic adenomas are the most common neoplasm of the salivary glands [2]. This tumor most commonly occurs in the parotid gland (80%), with an additional 10% located each in the minor salivary glands and the submandibular gland [4]. The tumors have been identified in the skin in regions with apocrine/eccrine glands as well as in the lung and breast [5-9].

Clinically, pleomorphic adenomas typically present as firm, painless masses with slow growth. When small, the tumors are generally smooth, firm, and mobile, but can attenuate the overlying tissue with growth. They are usually diagnosed in the third and fourth decades of life, with a mean age of presentation of 46 years. They are diagnosed three-to-four times more often in women than in men [2,4]. Pleomorphic adenomas are smooth, multilobular, and have an apparent capsule, beyond which cells may be seen to extend on microscopic evaluation [3]. These tumors originate from epithelioid tissue, though their histological appearance can vary greatly due to their composition and features of growth consistent with both epithelial and mesenchymal-like tissue [2,3]. Development of pleomorphic adenomas involves overexpression of the proto-oncogene Pleomorphic Adenoma Gene1 (PLAG1)(3) or the gene HMGA2 [1].

In 1968, Willis described the three ways in which developmental heterotopias, such as that described in this case report, can occur. The first is development of vestigial structures which would otherwise not persist in the course of growth (with accessory lingual thyroid at the superior aspect of the thyroglossal duct as an example). The second is by displacement of rudimentary organ tissue as organs move during the course of development (e.g. adrenal tissue carried during gonadal descent). The third is heteroplasia, or abnormal tissue differentiation (e.g. gastric mucosal differentiation in a Meckel’s diverticulum of the intestine) [14]. Of historical note, Hirsch and Helwig proposed the name “chondroid syringoma” in 1961 to describe mixed tumors of the skin, salivary type, which contained sweat gland elements and prominent cartilage-like material [15]. They described a distribution of 188 cases. Of these cases, 150 were of the head and neck (87 of those were of the nose), 9 were of the axilla/anterior chest, 8 were of the trunk, 19 were of the extremities, and 2 were of the genitalia [15].

In evaluation of facial masses, the rare diagnosis of heterotopic pleomorphic adenoma should remain low on the list of differential diagnoses. However, should pathology reveal this diagnosis, the physician may be reassured by the benign nature and good post-excision prognosis of this pathology, while remaining aware of the possibility of recurrence or malignant transformation. 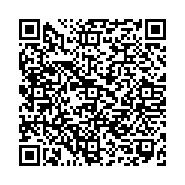