Cancer StemCell 2020 will encourage scientists and researchers & young researchers in their early stage of career graph to widely discuss their outcome so as to enrich and develop the idea by felicitating them with the ‘Best Speaker’, ‘Best Presenter’, ‘Best Research’, ‘Best Young Researcher’ and The ‘Best Poster Award’ respectively. The Main aim is meant to encourage students in taking active part in the International Science platform to sharpen their skills and knowledge.

Cancer StemCell 2020 will encourage scientists and researchers & young researchers in their early stage of career graph to widely discuss their outcome so as to enrich and develop the idea by felicitating them with the ‘Best Speaker’, ‘Best Presenter’, ‘Best Research’, ‘Best Young Researcher’ and The ‘Best Poster Award’ respectively. The Main aim is meant to encourage students in taking active part in the International Science platform to sharpen their skills and knowledge.

Cancer Stem Cells & Oncology Research Conference gives an opportunity for speakers from all over the world to share new topics in the field of Oncology research. It is also an interdisciplinary platform for researchers, practitioners and educators to discuss the most recent advances, in the field of stem cells treatment in Cancer cure and treatment.

We extend our hearty welcome to all the participants to CANCER STEM CELL 2020 scheduled on May 25 – 26, 2020 at AMSTERDAM, NETHERLANDS with a theme “Hope against Hype – Cancer stem cells & Oncology Research ". We organize Global Events with Conferences, Symposiums and Workshops on Medical, Pharma, Engineering, Science, Technology and Business.

We gladly welcome all the attendees around the world for the hearing of the foremost recent innovations and inventions in the field of cancer. This Conference will provide a place for the exchange of ideas and views by leading scientists, researchers and also from the academicians around the globe. There will be many outstanding keynote speakers and well known leading scientists and experts from various places of the globe to share their ideas and talk about various aspects related to the field of Cancer stem cells. Our aim is to gather peer researchers, young scientists, academicians & industrialists to meet, discuss and share the ideas related to it and the knowledge that’s still more to be revealed. We heartily encourage you to attend and contribute to one of the major events of 2020 in the field of Cancer stem cells. The conference will reveal the present and future aspects in the field of Cancer stem cell which are the need for instant and better treatment.

Cancer Stem Cells – 2020 Conference brings together the specialists from all the aspects to discuss about the future of Oncology and Cancer in today’s world to thrive and survive with a better health. Directors specialists, Investigators, Post-Doctoral Fellows, Research and Diagnostic Laboratories, Clinical Fellows, Students, Biomedical Research companies, Healthcare Institutions, Market Research and Consulting Firms, Pharmaceutical Companies and all other interested participants willing to enhance and update the knowledge may attend the conference.

Amsterdam is the capital city of the Netherlands. It is also referred as the "Venice of the North" because of the large number of canals.

Amsterdam's name has been derived from Amstelredamme, which indicates the city's origin around a dam in the river Amstel. Many large institutions have established their headquarters, which includes Philips, Tom Tom, ING and etc.; many of the world's largest companies which are located in Amsterdam have their European headquarters in the city, such as leading technology companies like Uber, Netflix and Tesla.

In the 17th and 18th century, Amsterdam was a city where immigrants made the majority. Most immigrants were Lutheran Protestant Germans, French Huguenots, or Spanish Jews. There was also an inflow of Flemish refugees following the fall of Antwerp.

It is a city of technological prowess; it is a home for approx. 578 ICT companies. The city is ranked 4th globally in app invention and developments. Various Silicon Valley companies have been set up including Salesforce, DoubleDutch and Cisco.

Amsterdam is trying to increase its tech talent pool, the city’s start-up’s received funding of €194m last year – a whopping 76% of the Netherlands’ total start-up funding, with tech"companies.

By the end of the 19th century, the Industrial Revolution extended in Amsterdam. The Amsterdam-Rijn kanaal was mined to give Amsterdam a direct connection to the Rhine and the Noordzee kanaal to give connection with the North Sea. Both the projects improved communication with the rest of Europe and the world intensely. They gave the economy a big lift.

During 1995, the national government planned the creation of a 'city province', comprising of Amsterdam and neighbouring towns. This proposal was forbidden by the people in a referendum. The opposition was not against creating the city province as it was against the splitting of the city into parts. Opposers feared this would abolish the city's cohesion. After the referendum, the city province proposal was dropped. Since 1995, city parts have gradually become more autonomous, and neighbouring towns have been drawn into the city, politically and economically. The city province has attained in the form of 'Greater Amsterdam'.

In the early ages of the twenty-first century, the Amsterdam city centre successfully fascinated large numbers of tourists by means of campaigns such as I Amsterdam. Between 2012 and 2015, 3000 hotel rooms were built; Airbnb further brought another 11.000 accommodations and the annual number of tourists rose from 10 million to 17 million. Real estate prices have increased, making the centre high-priced for the city's inhabitants, while local shops are making way for tourist-oriented ones. These developments have induced comparisons with Venice, a city already astounded by the tourist influx.

One thing is for sure: by 2020, when people talk about technology, scientific innovation and start-ups, Amsterdam’s accomplishments will come up just as much as Silicon Valley’s. 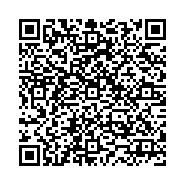