Morbidity profile and outcome of low-birth-weight infants in a tertiary care hospital in UT of Jammu and Kashmir.

Introduction: Advances in care of low birth infants has led to increased survival rates resulting in surge in number of low-birth-weight infants with comorbidities. As the number of low-birth-weight infants in Asia is high because of maternal malnutrition and as morbidity data of low birth infants is lacking, this study was undertaken to study morbidity and outcome in low-birth-weight infants. Methods: A prospective observational study was conducted in NICU of associated hospital of government medical college over a period of six months in 2019 where in all low birth infants with weight less than 2500 grams but more than 500 grams were included and all their parameters were recorded in predesigned proforma. All the babies were managed by standard protocols and results of morbidity and outcome were analyzed by standard statistical methods. Results: The incidence of low-birth-weight infants in our study was 17.01% (347/2041), out of which 57.63% were of LBW, 26.80% were VLBW and 15.56% were ELBW 227(65.41%) and 120(34.59%) were inborn and out-born respectively 182(52.44%) and 165(47.56%) were born by normal vaginal delivery and lower segment caesarean section respectively. In our study 98 babies were ventilated. The spectrum of various morbidities was sepsis, birth anoxia, shock, meningitis, hypoglycemia, respiratory distress syndrome, necrotizing enterocolitis, neonatal hyper bilirubinemia, seizures, and meconium aspiration. Conclusion: The low-birth-weight infants account for about 17% of total neonatal admissions and 42% of neonatal deaths with two-thirds of deaths accounted by babies with weight less than 1500 grams. The major causes of morbidity and mortality were sepsis, shock and respiratory distress syndrome highlighting the importance of infection control practices and prevention of prematurity by improving antenatal care and maternal nutrition. 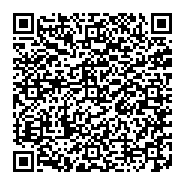