Background and Aim: Vigabatrin (VGB) and Adrenocorticotropic Hormone (ACTH) are the two first line of treatment of Infantile Spasm (IS) in Tuberous Sclerosis Complex (TSC) patients. The aim of this study was to assess the efficacy and safety of these two drugs in TSC patients and to evaluate the EEG changes during treatment. Methods: We prospectively studied 22 consecutive infants with TSC and infantile spasm. Based on the initial therapy we divided the patients into two groups: Group-I: TSC who received VGB (n=15) and Group-II: TSC who received ACTH (n=7). The children who showed a partial or no response on treatment after 8 weeks, they were switched on another drug (VGB to ACTH and vice versa). The primary outcome was relapse of IS and secondary outcomes were peripheral visual field constriction, drowsiness, hypotonia, irritability, ear infection, hypertension, weight gain, irritability and stomach irritation. Results: Twenty-two TSC patients with IS were included. The median age of patients was 3 months (1-8 months) and 8 of them (36.8%) were females. At 12 months follow-up on initial therapy the frequency of complete responders (40% vs. 28.6%; p=0.02) and partial responders (33.3% vs. 14.3%; p=0.01) were higher and non-responders less prevalent (27.7% vs. 57.1%; p<0.001) in VGB arm compared to ACTH arm. Similarly, after switched on another drug, the non-responders to treatment were more prevalent in group switched on ACTH compared to group switched on VGB (50% vs. 25%; p=0.001). During follow up at 3, 6, 9 and 12 months the frequency of hypsarrhythmia was lower and multifocal activity was not significant compared to first recorded EEG in those two groups of treatment. In addition, at 12 months follow-up the hypsarrhythmia and multifocal activity were more prevalent in the group switched to VGB compared to the group switched on ACTH. Conclusions: Although refractory epilepsy is common, many patients achieve seizure control. This study suggests that the risk of infantile spasms relapse in TSC may be more reduced by vigabatrin treatment compared to ACTH.

Tuberous Sclerosis Complex (TSC) is a genetic disorder caused by a mutation in either the TSC1 or TSC2 gene leading to formation of hamartomas in multiple organ systems [1]. Classically, TSC was identified by the triad of facial angiofibromas, intellectual disability, and epilepsy. Discovering the responsible genes which encode hamartin and tuberin, improved the diagnosis of TSC, particularly in patients who do not have seizures or intellectual disabilities [2]. Despite such evidence, seizure are the most common presenting features of

IS presents in a distinctive fashion with clusters of brief seizures called epileptic spasms and a spectrum of severe electroencephalographic abnormalities that include hypsarrhythmia [5]. First line of treatment for IS including natural and synthetic Adrenocorticotropic Hormone (ACTH) such as prednisolone and Vigabatrin (VGB) [6]. Despite the established efficacy of these drugs, especially during short-term duration, the cumulative long-term risk of IS relapse is still

high [7]. In another hand, although the VGB among children with TSC was shown to be very effective [8-10], the adverse event of retinal toxicity remains a clinically relevant challenge [11]. The aim of this study was to assess the efficacity and safety of these two drugs in TSC patients and to evaluate the EEG changes during treatment.

We prospectively studied 22 consecutive infants with TSC and infantile spasm [12]. Patients were referred to the pediatric clinic, university clinical centre of Kosovo between 2015 and 2020. Based on the initial therapy we divided the patients into two groups: Group-I: TSC who received VGB (n=15) and Group-II: TSC who received ACTH (n=7) (Figure 1). The children who showed a partial or no response on treatment after 8 weeks, they were switched on another drug (VGB to ACTH and vice versa). Reason for exclusion was not recorded.

This study was approved by the institutional review boards. All patients’ guardians provided written informed consent prior to any study procedures.

Demographic and clinical indices were collected from medical records in all children, in whom routine biochemical testes were assessed in Table 1. EEG, MRI and ophthalmologic examination were also performed.

All the patients underwent an initial EEG. The serial outpatient video-EEGs (1 hour duration, awake and sleep) were performed at each visit and interpreted in a blinded fashion by a team of electroencephalographers. The EEG was performed using a minimum of 19 electrodes according to the 10–20 system and a reduced array with nine electrodes was allowed in infants under 3 months of corrected by age (Fp1, Fp2, C3, C4, T4, T3, O1, O2, Cz).

The EEG was repeated every 3 months in each patient. The first EEG was done before the start of therapy while the other EEG was done after 3, 6 and 9 and 12 months after starting therapy.

Definition of response and relapse of IS

The response to treatment was defined as the cessation of IS, according to clinical and EEG criteria (not demonstrating either infantile spasms or hypsarrhythmia for at least one month after treatment).

In partial responders infantile spasms were considerably less frequently, but not stopped completely. The IS relapse was defined as the presence of either epileptic spasm (according seizure diary or hypsarrhythmia recorded on EEG) at least 1 month after initial response.

Twenty-two TSC patients with IS were included. The median age of patients was 3 months (1-8 months) and 8 of them (36.8%) were of female gender. The most concomitant abnormalities were hypochromic macules (77.2%), cortical tubes (81.8%) facial angiofibroma (72.7%), gingival angiomyolipoma (63.6%) and rhabdomyoma cordis (63.6%), while gingival fibromas, retinal hamartoma, hepatic hamartoma, subependymal nodules, pulmonary LAM and subependymal giant cell astrocytoma were less prevalent (40.9, 40.9, 27.3, 9.1, 4.5 and 4.4% respectively).

Table 2. Comparison of treatment response among VGB versus ACTH drugs.

During follow up at 3, 6, 9 and 12 months the parameters of EEG changed significantly compared to first recorded EEG in those two groups of treatments.

Dr West described infantile spasms 160 years ago in a letter he wrote to Lancet [13]. Since then, a lot of drugs have been investigated for the treatment of infantile spasms, in adults and also in children. However, there is no definitive universal standard treatment up to date.

Our study tried to help understanding the treatment response of infantile spasms in patients with tuberous sclerosis. At 12 month follow-up period, complete and partial responders were more frequent in the VGB arm, either when VGB was used a first line treatment or when switched to VGB from ACTH. Different adverse clinical events were noticed in both groups, except for irritability and infections that were found in both groups (Table 4).

However, these studies did not prescribe patients with TS in particular. In this regard, a 1996 study by Aicardi et al. showed that vigabatrin seems to be more effective in patients with TS, where 96% of patients showed complete clinical response after introduction of Vigabatrin [15].

Similar results were also found in some other small prospective studies by Chiron et al. and Vigevano et al. [16,17]. In addition, a retrospective study by Jones et al., found a higher response rate to Vigabatrin in patients with normal development prior to the onset of IS [18].

In contrast to the clinical response, EEG abnormalities were more frequent in VGB arm compared to ACTH arm. At 12 month follow-up evaluation, EEG was normal in 54.5% of patients of the VGB group compared to 66.7% of the ACTH group.

Vigabatrin is associated with lower risk of infantile spasms relapse compared to ACTH in tuberous sclerosis patients. Hence, in accordance with previous studies, our results show that VGB can be considered as a first line therapy, offering a more effective therapy for the management of infantile spasms in patients with tuberous sclerosis. Moreover, VGB is indicated in the treatment of spasms when resistance or intolerance to other anti-epileptic drugs is encountered. Larger clinical trials are needed to further understand the long-term effectivity and the safety of VGB. 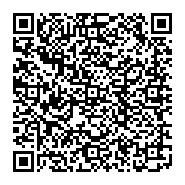