Anne Van der Woude, in 1954, described a rare autosomal dominant developmental disorder with lower lip pits and cleft lip and palate called Van der Woude syndrome. It is one of the most common syndromic orofacial clefting and accounts for 2% of all cleft cases. We report a case of Van der Woude syndrome in a 6-year old girl with characteristic features of congenital lower lip pits, surgically repaired cleft lip and palate and hypodontia.

Van der Woude syndrome (VWS) is a rare variant of syndromes associated with orofacial clefting disorders. The genetic etiology confers to mutations in Interferon Regulatory Factor 6 (IRF6) consequent to either deletion of chromosome 1q32-q41or an extra chromosomal locus at 1p34. The inheritance pattern is autosomal dominant with variable expressivity and an incidence of 1:75,000 to 100,000 [1]. The phenotypic expression of VWS is characterized by presence of bilateral midline lower lip pits and Clefts of Lip and/or Palate (CLP) [2]. The lip pit formation may be due to non-fusion of lateral sulci of lip in Intrauterine Life (IUL) or tissue fixation at the base of the notch. Lower lip pits are often present bilaterally on either side of the midline of lower lips with frequent evidence of the exodus of mucous from minor salivary and mucous glands. Other major associated findings are hypodontia, hypoplasia, narrow and high arched palate, ankyloglossia and syngnathia [3]. There may also be a rare occurrence of extra-oral manifestations such as limb anomalies and brain abnormalities inclusive of cognitive disabilities in patients [1,4,5]. Cases of VWS, though a rare occurrence with concomitant feature of clefting and congenital lip pits can be managed with careful multidisciplinary management of dental specialists and cleft surgeons, hence their early diagnosis and therapeutic intervention should be a primary concern [6].

A 6-year-old female patient reported to the outpatient department of Pedodontics and preventive dentistry with the chief complaint of missing teeth in upper and lower anterior regions and presence of pits in the lower lip. Detailed history revealed no relevant family history, extending to two generations of the parents. Past medical history was also insignificant. Surgical history revealed a cleft lip repair of patient done at 3 months of age and primary cleft palate repair at 18 months of age.

Frontal examination revealed a unilateral repaired cleft lip and fromthe lip to the ala of the nose leading to notching of lip unilaterally. In addition, paramedian lip pits were prominent bilaterally on lower lip, 3 mm in diameter and 5 mm in depth with no mucous discharge (Figure 1a). Right side lip pits were slit like and left side was rounded with mucosal ridges elevated in both. On the judging symmetry of face, patient presented with a horizontally asymmetrical leptoprosopic face. The asymmetry was attributed to disparity in rule of five with enlarged distance between median canthus of the eye (Figure 1b). Due to surgical repair, maxilla appeared deficient apparently with the decreased prominence of malar bones and had a surgical scar present bilaterally. Profile examination revealed a concave profile with midface retrusion (Figure 2).

Figure 1: a) Paramedian lip pits were prominent on lower lip, 3 mm in diameter and 5 mm in depth with no mucous discharge. b) Enlarged distance between median canthus of the eye.

Examination of palate revealed a surgical scar unilaterally on the right side of the palate in the area of cleft repair with indistinguishable rugae pattern and midline papilla. There was presence of caries in several deciduous maxillary (Figure 3a) and mandibular teeth (Figure 3b). There was evident asymmetry in the arch with hypodontia reported with clinical absence of permanent maxillary right lateral incisor-12 and only the tip of permanent maxillary left central incisor-21 visible in arch. The patient was in mixed dentition stage with a mesial step relation of second deciduous molars (Figure 4a) and reverse over jet indicating a Class III malocclusion (Figure 4b). Presence of Class III malocclusion was confirmed through cephalometric analysis. Orthopantomograph (OPG) examination confirmed presence of mixed dentition with congenitally missing 12 and 22 and unerupted 21.

Van der woudes syndrome is associated with many cardinal features which may or may not be present, hence, general body examination was done meticulously and relevant investigations were carried out to exclude any associated congenital disorders. General body examination revealed widely spaced hallux (Figure 5). The cognitive abilities and comprehension of the patient appeared normal with acceptable patient cooperation and compliance.

It is important to differentially diagnose VWS or cleft lip syndrome or lip pit syndrome or dimpled papillae of liprome from a variety of anomalies such as commissural and upper lip pits, clefts with no pits, popliteal pterygium syndrome, Hirschsprung’s disease, oro-facio-digital syndrome type-1, ankyloblepharon or filiform adnatum [7,8]. In the present case, co- occurrence of CLP with paramedian lower lip pits suggested VWS syndrome but there is absence of discharge of mucous on lower labial skin that is most commonly reported as a cause of embarrassment to VWS patients [1]. Case in consideration has not been subjected to confirmatory genetic mapping for VWS that would be able to diagnose genetic linkage to IRF6 gene with identification of locus associated to the mutation.

Although, typical features of presence of paramedian lip pits in the present case is suggestive of VWS, as first reported by demarquay [1].

The present case reported with paramedian lip pits present bilaterally, that were shaped transverse slit like on one side and rounded on the other side but with elevated mucosal ridges at the peripheries of both. The features are in accordance with previously published literature that also report additional discharge from lip pits possibly due to continuity between labial mucosal lining extending into the Orbicularis oris muscle and minor salivary glands in their inner part but these are missing in the current case [9,10]. Classic cases of VWS witness typical bilateral symmetrical or asymmetrical paramedian lip pits, but in some variant phenotypes with incomplete expression of the syndrome, there may be single median or unilateral lip pits present [11].

Another classic feature of VWS present in this particular patient was CLP. Literature has also shown an association of lip pits in VWS with clefts in approximately 50% of cases with a variation of CL or CLP in about two third cases or CP alone in one third cases [12,13]. In addition, a co-existent hypodontia with the absence of 12 and 22 in the present case is also conventionally linked to cleft or VWS with a prevalence of 10%-81% of VWS, as is seen in isolated cleft cases also [14].

Since there is phenotype as well as genotype overlap in CLP and VWS, it is suspected that there is a similarity in cognitive function pattern with isolated CLP, as demonstrated in a study on adult VWS patients [10]. Application of universal cognitive function tests on CLP patients has reported significant lowering of Full Scale IQ (FSIQ), and specific deficits in expressive language, thus the same should also be recommended for VWS patients. In the present case, the patient appeared normal when judged for cognitive abilities, but these observations were not based on any universal instrument, rather on the conversational skills and academic performance of the patient in the school.

Detailed family history of the present case did not reveal any significant findings though no pedigree chart was prepared to study the heredity and pattern of inheritance, as has been done in some previous studies [10]. Screening for family members is foremost advocated in such cases, due to its nature of penetrance and increased family risk for clefts [15]. It is reported that the risk of developing a cleft in a child is 22% if parents have lip pit only and it is increased to 30% if parent has cleft only and his/her parent/sibling has lip pit while it is highest at 39% if parents have both lip pit and cleft [2].

General body examination of the patient did not reveal any significant findings except widely spaced Hallux. Although, previous studies have reported testicular and toe abnormalities, including syndactyly of second and third toes in one singular study, none was seen in the present case [10].

Regarding management of the present case, it is proposed that the remaining growth potential of the patient be utilized to treat maxillary hypoplasia. Also, the patient should be sent to plastic and reconstructive surgeon for correction of lip pits.

It has been reported in literature that Van der Woude syndrome can occur in association with Turner syndrome [16]. Cases of syndromic cleft lip and palate has been treated successfully with interdisciplinary approach in the absence of lifethreatening systemic anomalies [17]. A case of Van der woude syndrome having lower lip pits with bilateral cleft lip has also been reported [18].

Van der woude syndrome can be treated in the absence of life threatening systemic anomalies and requires an interdisciplinary team consisting of plastic surgeon, orthodontist, prosthodontist [19,20].

• Careful analysis of VWS cases is recommended with a record of typical and atypical features associated with it to differentially diagnose it from other orofacial clefting anomalies. • A pedigree chart is highly recommended to assess the penetrance and expressivity of condition. • A genetic mapping of the patient for the IRF6 gene may prove decisive for diagnosing VWS. • A multidisciplinary approach comprising of plastic surgeon, an ENT surgeon and different disciplines of dentistry should work in a coordinated manner to provide treatment to a child with cleft lip/palate with lip pits. • In some cases we may need to consult a psychiatrist for psychological management. Genetic counselling is of paramount importance and is strongly recommended for patients with VWS due to high penetrance and increased family risk for clefts. 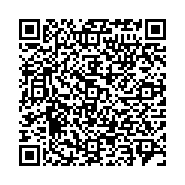