Objectives: The present study was conducted to investigate the value of Pleth Variability Index (PVI) to guide fluid resuscitation in children with sepsis.

Materials and Methods: 60 patients with sepsis undergoing Early Goal-Directed Therapy (EGDT) were included as subjects of the present study, and randomly divided into two groups by drawing lots. There were 30 cases in each group. The observation group received PVI-guided fluid resuscitation while the control group received transthoracic echocardiography-guided fluid resuscitation. The mortality was recorded in two groups. The oxygen saturation of central vein (ScvO2), oxygenation index (PaO2/FiO2), APACHE II score and clearance rate of lactic acid were compared between two groups. The Intensive Care Unit (ICU) stay and total volume of fluid input were compared between two groups.

Sepsis is systemic infection caused by pathogenic bacteria that invades the blood, which occurs frequently in children [1]. If not effectively controlled, it may induce meningitis, endocarditis and osteomyelitis [2], and seriously affect the growth and development of children. Early Goal Directed Therapy (EGDT) is an important method for clinical volume management and fluid resuscitation in recent years [3]. It has been used to reduce organ failure and improve survival rate of critically ill patients by individual rehydration [4]. Ultrasound is an important tool to guide fluid resuscitation, which is noninvasive, but affected by human factors [5]. Pleth Variability Index (PVI) allows continuously noninvasive dynamic monitoring of circulating blood volume, and recently has been reported to guide fluid resuscitation [6]. Thus, 60 children with sepsis were included as subjects in the present study to explore the value of PVI, which was reported as below.

Inclusion criteria were as follows [7]: (1) The blood samples were positive for pathogenic antigen or DNA detection; (2) The family members had signed the informed consent form.

All children in the observation group were administered with mechanical ventilation by tracheal intubation, oxygen uptake and sedatives, and were connected to the Radical-7 type oxygen saturation monitor from United States, continuously monitored for PVI. The control group was measured for Left Ventricular End-Diastolic Volume (LVEDV) by SSI-5000 color Doppler ultrasonography, and was calculated for the dilatation index of Inferior Vena Cava (dIVC) according to the diameter of the inferior vena cava at the end of inspiration and expiration below the xiphoid process.

The first dose of 20 ml/kg saline was given by bolus injection over 10-20 min, to a total of 40-60ml/kg within 1h, followed by 1/3 solution maintaining at 5-10 ml/kg/h, and the amount was adjusted according to blood pressure. In the event of shock, 5-10 μg/kg/min dopamine was given by continuously intravenous pumping.

Comparison regarding hospitalization between two groups

Comparison regarding complications between two groups

The overall incidence of complications in the observation group was significantly lower than that in the control group (P<0.05), as provided in Table 3.

Liquid resuscitation is an important measure in the acute phase of sepsis, which plays an important role in saving children's life and improving prognosis [9]. EGDT emphasizes individual rehydration to reduce heart load and reduce complications [10]. PVI mainly reflects the interaction between intra-thoracic pressure and venous return [11]. Peripheral Perfusion Index (PI) can reflect the peripheral tissue perfusion [12]. However, the pulsatile blood flow of finger-tip changes cyclically with heart beat [8]. Therefore, PVI can reflect the body liquid state and the reactivity after liquid infusion. This provides the basis for PVI-guided EGDT. In addition, compared with ultrasound, PVI has the advantage of continuous monitoring. Based on the study of Cannesson et al. [13], the present study regarded PVI>14% as the threshold of resuscitation for EGDT in children with sepsis. The results showed that children in the observation group had significantly shorter ICU stay and lower mortality than the control group, suggesting that PVI-guided EGDT was of higher application value.

A study showed that PVI was sensitive to microcirculation. When the microcirculation was disturbed and the blood flow reduced, the visceral vascular smooth muscle was strongly contracted under stimulation by catecholamines, which increased the amount of peripheral blood and venous return [14], and also changed PVI. In the present study, PVI was used as the resuscitation standard. When PVI met the target, fluid therapy was immediately discontinued to achieve satisfactory volume of fluid input, and hence avoid excessive volume due to the inability of continuous ultrasound monitoring. In the present study, the results also showed that the total volume of fluid input in the observation group was less than that in the control group, which was consistent with the above. Lactic acid is a metabolite of anaerobic glycolysis, which shows a significant change at the early stage of low perfusion or hypoxia in tissues, which can better reflect the tissue oxygenation and metabolism and viscera function. Studies have shown that lactate waters and CVP are significantly negatively correlated with complications [15,16]. The present study showed that the observation group had better the clearance rate of lactic acid and APACHE II than the control group after treatment, suggesting that PVI-guided fluid resuscitation could achieve satisfactory outcomes in children with sepsis and help to improve the prognosis. The present study also showed that the ICU stay in the observation group was also lower than that in the control group, which might be due to the excessive retention of the liquid in the tissue space in the control group, causing edema of the peripheral tissue, damage of the oxygenation function of tissue, and prolongation of the recovery.

Additionally, in the present study, the overall incidence of complications in the observation group was significantly lower than that in the control group. EGIT under the guidance of PVI avoids excessive fluid, reduce the possibility of pulmonary edema and pulmonary interstitial edema, contributes to oxygen dispersion, helps to improve the oxygen supply to tissues, and prevent the destruction of body compensatory mechanism and the inner environment [17]. Furthermore, the ideal volume state also reduces the possibility of dilution-induced hypoprothrombinemia.

In summary, PVI-guided early fluid resuscitation can achieve satisfactory results, and reduce complications and mortality in children with sepsis, which is of high application value. 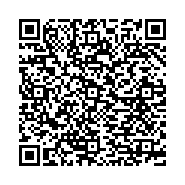