Objectives: To compare the accuracy of 2D-Transvagfinal ultrasound (TVUS), saline infused sonohysterography (SIS) and hysteroscopy (DH) in assessment of the uterine cavity in women with peri- and postmenopausal bleeding and to study the expression of endometrial estrogen receptors (ER) and progesterone receptors (PR) in them. Study design: 100 women with abnormal uterine bleeding (peri and postmenopausal) were subjected to TVUS, SIS and DH and fractional curettage followed by histopathological examination and immunohistochemical analysis for ER and PR. Results: Measurement of endometrial thickness by TVUS showed a significant difference between normal and atrophic endometrium and between atrophic endometrium and endometrial polyp (P value 0.004 and 0.001 respectively) DH had the best sensitivity, specificity, PPV and NPV as a diagnostic procedure followed by SIS then TVUS (97.7, 100,100,99.4 % vs. 74,91.2,67.3,93.5 and 52.9,89.4,56.3, 88.1 respectively) Both ER and PR scoring among glands and stroma showed a significant difference between normal and abnormal endometrium. ER expression in glands showed a significant difference between endometrial polyp and surrounding endometrium (P value 0.006) 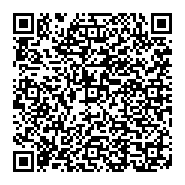