Mycoplasma gallisepticum is the major mycoplasmal pathogen in poultry. The present study was undertaken to evaluate the efficacy of six commonly used antimicrobials, including difloxacin, enrofloxacin, ciprofloxacin, doxycycline, gentamicin, and valnemulin, against Mycoplasma gallisepticum, using a Monte Carlo simulation based on the pharmacokinetics-pharmacodynamic (PKPD) theory. The ratio of area under the free concentration vs. time curve for 24 h over MIC (AUC24h/ MIC) served as the PK-PD indices for fluoroquinolones, doxycycline and valnemulin, with the target levels at more than 70 h, 125 h, and 125 h, respectively. The maximum concentration of free drug over MIC (Cmax/MIC) served as the PK-PD index for gentamicin, with the target level at more than 12. In the analysis of drug sensitivity, the MIC50/90 values were as follows: difloxacin, 1/2 μg/mL; enrofloxacin, 0.5/2 μg/mL; ciprofloxacin, 1/2 μg/mL; doxycycline, 2/4 μg/mL; gentamicin, 2/4 μg/mL; and valnemulin, 0.008/0.03 μg/mL, respectively. The probabilities of achieving the PK-PD indices for difloxacin and enrofloxacin were lower (0-6.01%) than ciprofloxacin (27.34-36.67%) which was similar with gentamicin (31.65-45.82%). The lowest probability (0%) was obtained for doxycycline because of its high plasma protein binding, while the highest probability was obtained for valnemulin (90.34-97.95%). The results of this study showed that treatment with valnemulin may be the optimal choice for Mycoplasma gallisepticum infection.

Mycoplasma gallisepticum (MG) is the most significant Mycoplasmal pathogen of poultry, which causes chronic respiratory disease in both broilers and layer chickens and results in condemnations at slaughter [1]. Effective antimicrobials are of considerable value in controlling MG infection in poultry science. However, it is very likely to develop resistance against theses antimicrobials with their persistent application. Therefore having a number of different available antimicrobials is very helpful to control MG infection. Under such circumstances, it would be of clinical importance to evaluate the efficacy of the drugs with potentially high antibacterial activity against MG.

In general, antimicrobials are characterized by two apparent different patterns of killing. The first pattern is characterized as a concentration-dependent killing which is the one exhibited by fluoroquinolones and aminoglycosides. A second pattern of killing is characterized as time-dependent killing which is primarily observed with β-lactam antibiotics and macrolides. According to these both killing patterns, three different pharmacokinetics-pharmacodynamics (PK-PD) indices have been developed to evaluate the efficacy of antibacterials and to optimize their dosing regimens: (1) time of free drug concentration above minimal inhibitory concentration (MIC) (T>MIC), (2) ratio of area under the free concentration vs. time curve for 24 h over MIC (AUC24h /MIC), and (3) maximum concentration of free drug over MIC (Cmax /MIC) [2].

The targets of PK-PD indices are traditionally calculated based on mean pharmacokinetics (PK) parameters (AUC24h and Cmax) and a single MIC value, such as the MIC90 or MIC50 of some antibacterial against the pathogen of interest. However, by doing this only single point estimates are obtained. Both the variabilities in the PKs of the sick animal population and in the sensitivities of bacteria population are not taken into account. To some extent, single point estimate only informs what is possible, while it is difficult to get what is probable [3]. The uncertainties in the PKs parameters and sensitivities of bacteria (expressed by different MICs values) are too complex to be solved by such simple single point estimate method. Basically, there are too many possible combinations of Cmax, AUC24h, and MIC values to calculate every potential result. PK-PD modeling using Monte Carlo simulation (MCS) is one approach to solve this problem. MCS uses a probability density function (PDF) to generate random PK parameters and MIC data. Each set of values is a single-point estimate. Through this methodology, thousands of single-point estimates can be made and their probabilities can be recorded and then plotted. The resultant AUC24h/MIC, Cmax/MIC probability distributions can be utilized to examine the entire range of possible distributions and the probabilities of achieving each of them [4].

The present study was undertaken to evaluate the efficacy of six antimicrobials against MG isolated from China by determining the probabilities of achieving the PK-PD indices targets using the MCS.

A total of 51 field isolates of MG were collected during 2014 and 2016 in China, in which, 9 strains were from Beijing, 24 strains were from Guangdong province, and the other were from Henan province. MG was isolated and purified as previously described [15]. F-strain MG vaccine was used as a reference strain. MIC determination was carried out according to the previously reported method [15].

The data on PK parameters were obtained from previously published studies with healthy and diseased (naturally infected with MG) chicken. For studies to be considered, they had to have included at least six individuals, describe the assay method used to determine drug concentrations, use clinically relevant dosing regimens and present means and standard deviations for required PK parameters. Mean values for PK parameters (AUC24h and Cmax) and their dispersion around the mean are listed in Table 1. The protein-binding percents (Pbindings) of these six antimicrobials listed in Table 1 were derived from the previous reports [6,7,9,11,13,14], and the fraction unbound (fu) was calculated based on the following equation: fu=100%-Pbinding.

The free Cmax and AUC24h were calculated by multipling fu by Cmax and AUC24h listed in Table 1, respectively. Then the free Cmax/MIC served as the PK-PD index for Gen, with the target level at more than 12. While the free AUC24h/MIC served as the PK-PD indices for the fluoroquinolones, Dox and Val, with the target levels at more than 70, 125 and 125 h, respectively.

Simulations with Crystal Ball (version 7.2, Decisioneering, Inc., Denver, CO) were performed for 10,000 subjects to calculate the probabilities of achieving the requisite PK-PD indices (AUC24h/MIC or Cmax/MIC), using the PK parameters of the above mentioned six drugs derived from previously published studies and the sensitivity distribution of the 51 strains MG tested. During simulations, PK parameters were assumed to follow lognormal distributions with mean value, standard deviation, lower bound (Mean-SD), and upper bound (Mean+SD), whereby all MICs were assumed to follow a custom distribution based on the data listed in Table 2.

Sensitivity of MG to each antimicrobial

Probabilities of achieving the PK-PD indices

Table 3. The probabilities of achieving the PK-PD indices for six antimicrobials in different dosing regimens.

The primary PK-PD index associated with fluoroquinolone efficacy is the free AUC0-24h/MIC ratio, which varies among pathogens. In the present study, target AUC0-24h/MIC ratio of 70 h was adopted based on approximate unbound fractions of published fluoroquinolone targets for Gram-positive (approximately 30-40 h; [16,17]) and Gram-negative (approximately 75 h; [18]) organisms, as well as the target associated with prevention of antibacterial resistance (300 h; [19,20]). Although Mycoplasmas are atypical bacteria, they are more closely related to Gram-negative than Gram-positive bacteria. Therefore, in the present study, an intermediate target value (70 h) was chosen for fluoroquinolones against MG. In another study [21], the PK-PD index for Dox against Mycoplasma hyopneumoniae was set as AUC/MIC ≥ 125 h. Therefore, in the present study, the same target (AUC/MIC ≥ 125 h) was adopted for Dox. For aminoglycoside, the target is to achieve a Cmax/MIC ratio of at least 10-12 in order to maximize clinical response [2,22]. Therefore, a Cmax/MIC ratio of 12 was chosen in the present study. An in vitro PK-PD study for Val indicated that AUC24h/MIC ≥ 125 was the best index to evaluate its efficacy against Staphylococcus aureus (unpublished data). Therefore, in the present study, the same index and target value were chosen to evaluate its efficacy against MG. The in vitro susceptibilities of MG isolates from chickens to six antibacterials have been determined. MG isolates were most sensitive to tiamulin, doxycycline, and tylosin with MICs of 0.10, 0.20, and 0.33 μg/mL, respectively [23]. In another study, the antimicrobial susceptibilities over time between two groups of MG isolates from the same geographical area were compared. And there was a statistically significant increase in resistance of MG to erythromycin, tilmicosin, tylosin, ciprofloxacin, enrofloxacin, chlortetracycline, doxycycline, and oxytetracycline [15]. There are several reports about the MCS for fluoroquinolones and the other antimicrobials against E. coli, Pseudomonas aeruginosa, Streptococcus pneumoniae. In an MCS of four different regimens of levofloxacin and ciprofloxacin against P. aeruginosa (MIC distribution of 671 isolates), the maximum probability of achieving the AUC/MIC ≥ 125 h target was 71% (using ciprofloxacin 400 mg administered intravenously every 8 h) [2]. In another study, the contribution of PK-PD modelling with MCS to the development of susceptibility breakpoints for Neisseria meningitidis was researched, and the PK-PD indices were: AUC24h/MIC ≥ 25 h for the tetracyclines and macrolides; AUC24h/MIC ≥ 125 h for the fluoroquinolones [24]. In the present study, optimal PK-PD targets for the six antimicrobials used has not yet been clearly elucidated from clinical trial data, and they were set based on the values in the previously published studies. A PK-PD analysis using a population PK modeling and MCS technique will be the way forward. The PK-PD profiles of voriconazole in Japanese patients with hematological malignancies were analyzed based on a population PK modeling and MCS [25]. The results showed that the treatment with voriconazole 3-4 mg/kg was enough to cure fungus infections in patients with hematological malignancies. The PK may be different among healthy and diseased individuals, which is shown in a previous study [11]. Population PK can provide estimates and variabilities of PK parameters; in addition, it can identify factors that are important determinants of inter-subject variabilities, while MCS integrates the variabilities in the PK and microbiologic data (MIC) to get the more accurate results. Population PK modeling and MCS were used to describe and explore the pulmonary PK and PD of rifampin [26]. In this study [26], the ability of rifampin to suppress the development of drug resistance and to induce a sufficient bactericidal effect against Mycobacterium tuberculosis was evaluated by calculating the proportion of subjects achieving specific target values for AUC24h/MIC and Cmax/MIC. In another study [27], population PK modeling and MCS were used to evaluate the enrofloxacin use in koalas, and the results indicated that the frequently used dosage of 10 mg/kg enrofloxacin every 24 h subcutaneously might be appropriate against gram-positive bacteria with MICs ≤ 0.03 mg/L. In conclusion, the sensitivities of 51 strains MG isolates to six antimicrobials were tested, which showed that Val was the most efficient antimicrobial against this pathogenic bacterium. In addition, the variabilities of interindividual PK and the sensitivities of different strains were taken into account, and an MCS was successfully performed to evaluate the efficacy of these antimicrobials against MG. It was shown that treatment with Val was the optimal choice for MG infection.

This work was supported by Doctoral Startup Fund at Henan University of Science and Technology (Grant No. 13480056). 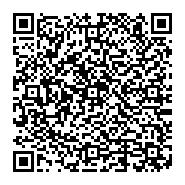