Background: Topical corticosteroids are widely used to treat dermatological problems. The aim of this study is to assess the scale of topical steroid usage on the face among the university students.

Methods: An online questionnaire has been sent by e-mail to all students of King Abdulaziz University (Jeddah, Saudi Arabia). It included questions about the use of topical steroids on the face for the last 5 y. Different photos of commonly used topical steroids including combination formulas were shown and asked if they have been used.

Results: 1626 students responded. Only 56 responded as they have used topical steroids on the face in the previous 5 y. At least 189 had used one of the presented photos (which contained steroids) and 637 said that they did not know that they contained steroids. Sources of prescription included dermatologists, other doctors, pharmacists, friends and relatives, beauticians or saloon staff and others. Different recognized side effects were reported.

Conclusion: Considerable number of university students use topical steroids on the face without knowing its nature. Additionally, Topical steroids are being prescribed and advised by non-medical personnel. Public awareness actions can be implemented to warn against the use of topical steroids without proper medical consultation.

Topical corticosteroids are widely used to treat dermatological problems. They are used to ameliorate inflammation and for other purposes. They come in different formulations and different potencies. Mild formulations are usually used for children and for sensitive areas. Although topical steroids are used for many skin diseases, they are contraindicated in some diseases and might cause side effects if used inappropriately. If they are used for prolonged periods of times they can cause side effects [1]. Topical steroids misuse can cause numerous side effects. In one study, tinea incognito and acne were reported mostly [2]. In another study (involving 100 patients) investigating the side effects of side effects of steroid use on the face, pruritus, acne from eruption, erythema, photo sensitivity, steroid dependency and telangiectasia were reported [3].

The regulation on the sale of topical steroids differs among countries. In Saudi currently, topical steroids in different strengths can be purchased without medical prescription from pharmacies. Additionally, they can be purchased through different routes such as herbal shops or online. Some steroid containing creams and ointments are particularly popular in our country. In clinical practice some of these are very well known to be used by public without prescription or advocated by nonmedical personnel. Some of these formulations are combination formulas containing antibacterial or anti-fungals. Potent steroids are very commonly used as well as combination formulas.

The aim of this study is to assess the scale of topical steroid usage on the face among the university students.

The study protocol was approved by the unit of biomedical ethics research committee at King Abdulaziz university Hospital, Jeddah, Saudi Arabia (Reference No: 164-16).

All data were exported from the questionnaire program to Excel 2013 for the statistical calculations.

Table 1. Responses to the use of topical corticosteroids shown in the photos on the face. 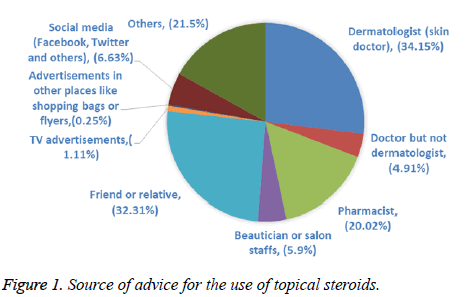 Figure 1: Source of advice for the use of topical steroids.

Out of 819 respondents who answered this question, 376 (45.91%) were satisfied with the results of the topical, 132 (16.12%) were not satisfied and 207 (25.27%) were not sure. Side effects were experienced by 62 (7.60%), and were not experienced by 705 (86.40%). The side effects mentioned were: change in skin colour (darkening or whitening), dryness and peeling, sensitive skin, recurrence of problem after stopping the topical, redness, itchiness, appearance of small vessels and increase of acne pimples.

Topical steroids are important medications in treating skin diseases, but their misuse can cause skin dependence or side effects. Their use should be under dermatologist advice especially potent formulations. Public use of topical steroids without medical supervision or for reasons not recommended medically in other communities have been studied and published. To our knowledge this has not been explored in our area.

In this study, we aimed to assess the scale of topical steroid usage on the face among the university students though e mail invitation to an online questionnaire. We have chosen to ask about the face because it represents an especially sensitive area to the effect of topical steroids and use of topicals to this area could be memorized more as we thought. It showed that, considerable number of students used topical steroids on the face. Moreover, some used some preparations containing steroids without realizing the nature of them, including very potent ones.

Many studies have been published in Indian populations for the use and misuse of topical steroids. A small study (50 patients) looking at de-pigmenting agents users found that more than 70% were using topical steroids for this purpose. 80% of these patients obtained these agents by over the counter sale, while only 4% had them after dermatological consultation [11]. In another study, topical steroid on the face was evaluated in 200 patients attending the dermatology outpatient clinic showed that all patients were unaware about the side effects of the topical steroids despite having the side effects [12]. In this study, the reason for using the steroids mostly was to treat acne, followed by whitening. The most common side effect was acne and steroid dependence. In a larger study of 1000 adults attending dermatology outpatient setting, 61.2% have used one of the topical steroids. The most common purposes of use were acne and pigmentation. Strikingly, about half of them experienced some form of side effects. These topical were mainly prescribed by general physicians (49.5%), followed by suggestions from friends (31-32%), or given by other family members (6.3%) [13]. In an earlier study in India with a larger sample and multi-center study, a total of 2926 patients with facial dermatoses were screened, of which around 15% were using topical steroids. They were used as a fairness/general purpose cream or aftershave or for acne treatment. Of note, nearly 60% of those were recommended by non-physicians. Additionally, in the physician prescription group 44% were prescribed by non-dermatologists [14]. In another study looking at topicals used among facial dermatosis patients revealed that most of them used topical steroids either alone or in combination with other medications. More than 40% bought topical steroids over the counter on their own without dermatologist consultation. They were recommended by beautician (beauty parlours), friends, family members, or neighbours and a non-dermatologist practitioner. In only 10% it was recommended or prescribed by dermatologist [15]. In a large study collecting data from patients presenting with one of the topical steroids side effects, the main reason for using the topical was to lighten skin color and the many side effect encountered was acne and telangectasia [16].

In this study only few students admitted using topical steroids on the face for the last 5 y (56 students). But on questioning about the usage of any of the presented creams in the picture (which included commonly used topical steroids) on the face for the last 5 y, up to 538 students have done so. This indicates that they did not know the nature of these creams. Moreover, up to 256 have used potent steroids on the face. In 278 cases these were prescribed by dermatologists. It is unknown whether; it has been explained in these cases keeping in mind the discrepancy in number of knowledgeable students about their used creams. Other sources of advice included friends or relatives mostly, followed by pharmacists, social media (Facebook, Twitter and others, beauticians or salon staffs then other specialty doctors.

The reported side effects by students in this questionnaire are well recognized side effects of topical steroids. These included changes in skin color (darkening or whitening), dryness and peeling, sensitive skin, recurrence of problem after stopping the topical, redness, itchiness, and appearance of small vessels and increase of acne pimples.

In conclusion, considerable number of university students use topical steroids on the face without knowing its nature. Additionally, topical steroids are being prescribed and advised by pharmacists, beauticians, friends and relatives or social media. Recognized local side effects are reported in this study. More control on the dispensing of topical steroids is warranted and public awareness actions can be implemented to warn against the use of topical steroids without proper medical consultation.

The authors have no conflict of interests.

The authors did not receive any type of commercial support either in forms of compensation or financial for this study.