Use of blood transfusions in paediatric cancer patients at the Robert Reid Cabral Children’s Hospital from July 2016 to June 2017.

Recognizing the need for distributing potentially curative treatments to poorer countries, organizations based in high and those in low-income countries began working with one another in an effort to bring about sustainable change in the treatment of childhood cancer. This concept, predicated on transnational collaboration, is known as "twinning," and works under the idea that lasting improvements in care can be best achieved with both locally led initiatives and foreign organizations that have the resources to empower local teams [3,4]. A few organizations have emerged to take on the challenge of childhood cancer, such as St. Jude Children's Research Hospital and the Milan-Monza Group, but there are also many smaller organizations working with direct, close partnerships. One such partnership exists between the Keira Grace Foundation (KGF), a Florida-based organization, with the Fundación Amigos Contra el Cancer Infantíl (FACCI), a small organization working primarily at a public hospital in Santo Domingo, Dominican-Republic. FACCI operates largely out of the Dr. Robert Reid Cabral Children's Hospital in Santo Domingo, which lacks access to essential components of complex oncology care. Since its beginning in 2004, KGF has been dedicated to providing basic cancer treatment to children regardless of where they live. KGF aids FACCI by providing the financial resources necessary for purchasing anti-neoplastic agents, paying complimentary salaries of medical professionals, recruiting and hiring local doctors and nurses, and providing efficacious chemotherapeutic protocols. With its partnership with FACCI, KGF has thus empowered locals to help Dominican children gain access to basic cancer treatment and has contributed to substantial improvements in treatment outcomes. Five-year survival for ALL has increased four-fold (Michael Lauzardo, Founder, Keira Grace Foundation, Unpublished Data).

Despite the work of these improvements, however, many significant barriers to continued improvement remain, including the procurement of blood products, which are often essential adjuvant treatment. In most low-resource settings, the systems of voluntary blood donation present in high-income countries are practically non-existent, acquiring blood and plasma is difficult and unreliable in these settings. Lack of access of blood products is a significant constraint in the advancement of cancer treatment and stands as one of the most important bastions of resistance against the improvement of the treatment children with cancer. We sought to identify the transfusion practices at one hospital in order to gain a better understanding of current transfusion practices in hopes of better anticipating future transfusion needs. Specifically, they asked: of the relatively limited number of pediatric oncology patients that are transfused with blood products in the Dr. Robert Reid Cabral Children's Hospital the Dominican Republic, what were the diagnoses that were associated with the transfusions, which patients were receiving the most transfusions, and how can blood products be better allocated to maximize the achievement of treatment goals.

Over the course of one year from July 2016 to July 2017 at the Dr. Robert Reid Cabral Children's Hospital in Santo Domingo, Dominican Republic, 128 pediatric cancer patients were transfused 935 times. Among the 128 patients treated, 51 (40%) had ALL, 16 (13%) has Wilms Tumour and 8 had AML (6%). Given that ALL was by the most common diagnosis, it was unsurprising that ALL patients received the most blood transfusions as a group, accounting for 43% of total transfusions, with an average of 7.9 transfusions per patient over the course of the year. Patients with Wilms tumour, meanwhile, were transfused an average of 5.3 times. While ALL received the most transfusions as a group, AML patients were transfused individually, on average, more than any other patient group, with more than 20 transfusions per patient over the course of the year. Despite the more than 20 transfusions per paediatric AML patient over the year, cure rates for AML patients remain extremely low. This is consistent with the outcomes reported in low-resource settings [5].

The critical importance of transfusion support for paediatric oncology patients is hard to overstate, and steps to further ensure improved survival in this low resource setting have the potential to make a tremendous impact. If partnerships like the KGF-FACCI are going to continue to be successful in alleviating morbidity and mortality associated with childhood cancer, they must think carefully about the ways in which blood products are distributed. 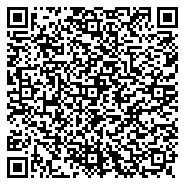