Upper respiratory tract infections can be caused by a number of viruses and bacteria. Acute bronchitis, the common cold, influenza, and respiratory distress syndromes are all caused by these bacteria. Because the symptoms of Upper Respiratory Tract Infections (URIs) frequently overlap and their causes are similar, defining most of these patient disorders are challenging. Upper respiratory tract infections are described as self-limited irritation and swelling of the upper airways with accompanying cough, with no evidence of pneumonia, no other illness to account for the patient's symptoms, and no history of COPD/emphysema/chronic bronchitis.

The common cold continues to be a significant economic and social burden on society. Rhinovirus is the most frequent virus [1]. The influenza virus, adenovirus, enterovirus, and respiratory syncytial virus are among the other viruses. Bacteria may be the source of 15% of all sudden onset pharyngitis cases. S. pyogenes, a Group A streptococcus, is the most prevalent.

The bacterium frequently invades the upper airway mucosa directly during a URTI. In most cases, the organism is acquired by inhalation of contaminated droplets. The hair lining, which catches infections, and the mucus, which also traps organisms, are both barriers that prevent the organism from sticking to the mucosa. 3) the pharyngeal-nasopharyngeal angle, which prevents particles from entering the airways; and 4) ciliated cells in the lower airways, which convey infections back to the throat [2].

The incubation period for influenza is one to four days, with a three-to-four-day delay between symptom development. Viral shedding can happen up to a day before symptoms appear. Influenza is thought to be spread between humans by direct touch, indirect contact, droplets, or aerosolization. Contact and droplet transfer between the source person and the vulnerable individual usually require only a short distance (less than one metre). Longer lengths (>1 m) are possible for airborne broadcasting. The majority of evidence-based data suggests that direct contact and droplet transmission are the most common mechanisms of influenza transmission [3].

Rhinovirus, adenovirus, parainfluenza virus, respiratory syncytial virus, enterovirus, and coronavirus are microorganisms that cause the common cold. The rhinovirus, a member of the Picornaviridae family's Enterovirus genus, is the most prevalent cause of the common cold, accounting for up to 80% of all respiratory infections during peak seasons. Identification, characterisation, and eradication of rhinoviruses are difficult because to the dozens of serotypes and frequent antigenic changes among them. Rhinovirus replication and infection are assumed to commence when mucociliary transport to the posterior nasopharynx and adenoids occurs after deposition in the anterior nasal mucosa. Symptoms may appear as quickly as 10 to 12 hours after vaccination. The average length of symptoms is 7 to 10 days, although they can last up to 3 weeks. Vasodilation and enhanced vascular permeability are caused by a nasal mucosal infection and the host's subsequent inflammatory response. Nasal blockage and rhinorrhea ensue from these events, whereas cholinergic stimulation causes mucus production and sneezing [4].

The purpose of cold therapy is to alleviate symptoms. Decongestants and antihistamine/decongestant combinations can help people with cough, congestion, and other symptoms. In youngsters, cough medicines should be avoided. In adults, H1-receptor antagonists may reduce rhinorrhea and sneezing during the first two days of a cold. Because first-generation antihistamines are sedating, urge the patient to use them with care. In adults and adolescents, nasal decongestants (topical oxymetazoline, oral pseudoephedrine) offer a moderate effect in lowering nasal airway resistance.

Vitamin C was found to have a "modest but consistent impact" on the duration and intensity of common cold symptoms when taken as a daily prophylactic at dosages of =0.2 grammes or more (8 percent and 13 percent decreases in duration for adults and children, respectively). When used as a treatment after the beginning of symptoms. Early antiviral therapy for influenza infection minimises the length of influenza symptoms, hospital stays, and complications. The Centers for Disease Control and Prevention (CDC) regularly updates influenza treatment recommendations based on epidemiologic data and antiviral resistance patterns. If a quick test is not available, start antiviral therapy within 48 hours after symptom onset (or sooner). If a rapid test is not available, start treatment right away. In pregnant and other high-risk individuals, antiviral therapy can be beneficial even after 48 hours.

With the exception of influenza, complications from upper respiratory tract infections are uncommon. Primary influenza viral pneumonia, subsequent bacterial pneumonia, sinusitis, otitis media, coinfection with bacterial agents, and worsening of other medical disorders, including asthma and chronic obstructive pulmonary disease, are all complications of influenza infection. Pneumonia is one of the most prevalent consequences of influenza in children, and it is a major cause of morbidity and death [5]. 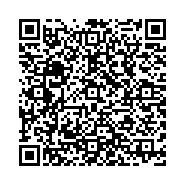