Sutural bones of the cranial vault are formations associated with insufficient rate of suture closure, and regarded as epigenetic and hypostatic traits. These bones rest along sutures and / or fill fontanelles of the neonatal skull. We found a case of an unusual sutural bone, in the region of the bregmatic frontanelle. This sutural bone was tetragonal and remarkably large. This case displays the possibility of discrete diversification of the ossification centres, as well as the relative stability of the structural skull matrix in response to discrete changes. Knowledge of this variation is very important for anthropologists, radiologists, orthopaedic and neuro-surgens.

Wormian bones /supernumerary ossicles/ sutural bones /cranial discrete are intrinsically innocuous minor skeletal variants of the human skull. Though the term epigenetic was originally applied to discrete traits in order to emphasize their possible modification during ontogeny, subsequently this term has been used to stress the difference of these features versus those of the so called Mendelian traits, the latter being determined by a direct gene character relationship and completely independent on the environment. These traits received attention also in the study of fossil hominids, as a source of information about growth patterns in extinct taxa. This evidence points to the fact that the formation and distribution of supernumerary ossicles may reflect different stress types, acting on the cranial vault during late prenatal and early postnatal periods of bone growth [1,2,3]. Among cranial epigenetic traits, sutural bones are irregular in shape and size, and located in the sutures and / or fontanelles. As other discrete traits, their formation and prevalence may be under genetic control even though the inheritance of these bones has not been perfectly assessed so far [4,5].

During the PG dissertation work of examination of 125 skulls, a sutural bone at bregma was observed in one skull. This unusual sutural bone was large and tetragonal. This was at the meeting point of the coronal and sagital sutures (Figure 1). 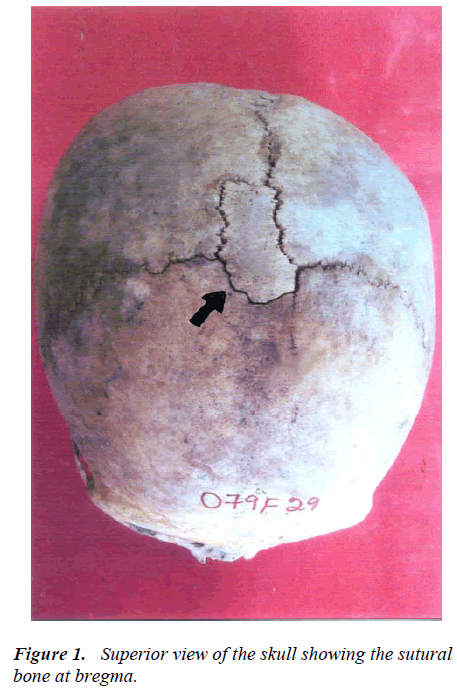 Figure 1: Superior view of the skull showing the sutural bone at bregma.

Sutural bones are very common in the skull. According to Bergman et al [7], nearly 40% of skulls have sutural bones in the vicinity of the lambdoid suture. The next most common is the epipteric bone found near the former anterolateral fontanelle. The occurrence of preinterparietal bone or Inca bone at the lambda has been reported by previous workers [8,9]. Studies [10,11,12] have shown that the presence of sutural bones may be associated with other cranial and central nervous system abnormalities. There are no previous reports about the presence of a sutural bone at the bregma. The presence of the sutural bone at the bregma may be because of appearance of an abnormal ossification centre in the fibrous membrane at the anterior median fontanelle of foetal life. The knowledge about a sutural bone like what we have seen may be of importance to the radiologists, orthopedic surgeons and neurosurgeons. Since bregma is an important clinical and surgical landmark, it is worth coining a term to the sutural bone found here as median frontoparietal sutural bone.