The aim of this study is to compare the use of Beniktol spray and alcohol swab for cord care in our unit. Over a 6-month period (November 2001 to April 2002), all infants whose parents signed the consent form, were enrolled in the study. The nurse randomly used either Beniktol spray or alcohol swab for the baby’s cord care. It was a prospective study designed to compare cord separation time, and the presence of stump discharge, bad smell, cellulititis or sepsis that necessitated admission. Telephone calls were made to the mothers by our nurse on days 7, 14, 21 or until the cord fell off. Seventy six infants completed the study 38 in alcohol group and 38 in Beniktol group. Infants in the alcohol group had a shorter time for cord separation by 2.5 days compared with the Beniktol group (P < 0.01). There were no significant differences between the two groups concerning the other parameters. The use of alcohol alone appears to be safe and cost-effective for cord care in our nursery.

The World Health Organization (WHO) estimates that 42 million children die during the neonatal period each year, mostly in developing countries [1-3]. Many investigators have reported the role of antimicrobial agents in halting hospital nursery outbreaks or have compared rates of bacterial colonization of the cord, time of cord separation and/or maternal satisfaction with cord-care protocols be-tween groups of infants receiving various cord care regimens [3].

This study was conducted at Abha Private Hospital (APH) located in Abha City, Aseer region, Southwest of Saudi Arabia. It has 150 beds and conducts about 1200 deliveries per year. It caters for the self- paying public as well as the insured patients from different private compa-nies.

The aim of this study is to compare the use of Beniktol spray with alcohol swab for cord care in our hospital and to assess their outcome.

The assistant nurse randomly allocated the infants at birth to two groups. Babies received Isopropyl alcohol 70% swab in one group and Beniktol spray (Nebacetin with Neomycin sulfate 1083.3 IU and Bacitracin 83.3 IU as the active ingredient) in the other group for the cord-care. The family was informed about the study protocol before delivery, their permission was ensured, and they agreed to follow the study protocol. After delivery, a baby was as-signed to Beniktol spray or alcohol swab based on the month of delivery. The starting point was determined by draw in which alcohol swab was the point of start. Record was kept regarding mode of delivery, sex of the child, presence of jaundice, Apgar score, discharge medication and type of cord-care. The assistant nurse was instructed to call the family at 1, 2, 3 and 4 weeks or until the cord separated whichever came first. The information collected from mothers included: number of days for cord separa-tion, presence of smell, redness or discharge around the cord and any complications including sepsis. The data were analyzed using SPSS software package. Chi-square and student “t” test were used as tests of significance at 5% level. Ninety-five percent confidence intervals for the means were used to present data.

The 95% confidence interval for the mean of days for cord sloughing-off is clearly in favor of the alcohol group. Both study groups did not experience any major illness during the study period.

In this study, the alcohol swab alone had significantly (p=0.011) a shorter cord separation time of 2.5 days com-pared with Beniktol spray. Other researchers support this finding. Golomber et al [4] found significant difference between alcohol alone versus Triple dye. Similarly, Guala et al [5] compared different cord-care practices in full-term healthy newborns and found the time of umbilical cord separation, using alcohol, to be 14 ±6 days. Janssen et al [6] randomly allocated newborns to either two appli-cations of Triple dye to the umbilical cord stump on the day of birth with alcohol swabbing twice daily until the cord fell off or dry care consisting of spot cleaning of soiled skin in the peri-umbilical area with soap and water, wiping it with a dry cotton swab and allowing the area to air dry. They found more colonization; exudates and omphalititis in the dry care group. They concluded that om-phalititis remains a clinical issue. Their result also confirmed the superiority of the alcohol-treatment.

Cham-nanvanakij et al [7] compared 3 types of umbilical cord care with triple dye, alcohol and no antiseptic agent. They concluded in their study that triple dye delayed time to cord separation and was less satisfactory to the parents. In contrast, Dore et al [8] compared alcohol versus natural drying for newborn cord care and found that umbilical cord separation was shorter with the natural drying than with the alcohol swab by 1.7 days. Their finding was sta-tistically significant. In another study, Pezzati et al [9] evaluated two cord care regimens and found the cord separation time was significantly lower in infants treated with salicylic sugar compared to chlorhexidine.

Cessation of bactericidal care of the umbilical stump must be accompanied by vigilant attention to the signs and symptoms of omphalititis [3]. The use of alcohol swab is very cheap compared to Beniktol group, (1.6 compared to 11 US Dollars) in the Saudi market. There were few limi-tations in this study; they included the small sample size, short study-period which might not represent the seasonal variations; the absence of bacterial cultures and the de-pendence on information by mothers on phone which might be subjective in nature (except for cord separation).

Care with alcohol swab resulted in a significantly shorter time of umbilical cord separation than with Beniktol spray. In my opinion it should be recommended for um-bilical cord care in our community because it is safe, cost-effective and easy to use.

I would like to thank Professor Ahmed Mahfouz for helping me in analyzing the data, Dr. Mohd. Yunus Khan for reviewing the manuscript and special thanks to Mr. Mike dela Paz for typing the manuscript, and Dr. Khalid Ab-dulhameed and Ms. Imelda Legaspi for their help in collecting the data. 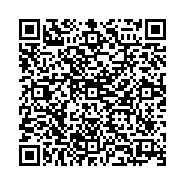