There are a number of diseases, including cancer and neurodegeneration that have different mechanisms of action but might have similar therapeutic targets. In order to speed up the removal of undesired oncogenes and prevent the buildup of toxic proteins in cancer and neurodegeneration, respectively, autophagy can be used as a quality control mechanism that is shared by mitotic and post-mitotic cells. Tyrosine kinase inhibition can cause autophagy, which results in normal cell survival, and is a therapeutically useful technique. This article sheds light on how tyrosine kinase inhibition is therapeutically utilised to stop tumour development and mitotic cell division, and it may also help post-mitotic neurons survive in cases of dementia. A collection of hereditary and sporadic conditions known as neurodegenerative diseases are characterised by gradual nervous system failure and neuronal death. In addition to being a group of connected genetic illnesses, cancer is characterised by cells that start dividing uncontrollably and spread to neighbouring tissues.

In contrast to neurodegeneration, which sees injured or ageing post-mitotic neurons die without regeneration, cancer sees damaged cells survive when they ought to die, leading to unchecked mitotic cell division that result in tumours. Malignant tumours are cancerous because they metastasis through blood and/or humoral transport, spread by cellular contiguity, or invade neighbouring tissues. The hypothesis that harmful or prion-like proteins, similar to oncogenes, propagate via neuroanatomical pathways in neurodegeneration supports the idea that disease spreads by contiguity and results in cell death. Given that both illnesses spread from their primary location, the spread of toxic or misfolded proteins in neurodegeneration and the development of metastatic cancer may be comparable [1]. Failure of cellular quality control processes results in insufficient protein breakdown by the proteasome or through autophagy in neurodegeneration, which causes intracellular protein buildup of toxic and pathogenic proteins. Therefore, these proteins can cross the synaptic cleft and enter a nearby post-synaptic neuron after being secreted from a pre-synaptic neuron. Despite the possibility that secreted proteins won't be able to reach an adjacent cell via the synapse, they may still enter the cell and be recycled via the endosomal system in order to join up with autophagy vacuoles like the autophagosome or the lysosome [2]. Microglias, immune cells that live in the brain, have the ability to phagocytose and eliminate harmful substances.

Neurodegeneration is mostly caused by the buildup of toxic proteins, such as alpha-synuclein, beta-amyloid plaques, tau tangles, Huntington, prions, and TDP-43. The loss of numerous CNS processes, including mentation, cognition, movement, gastrointestinal motility, sleep, and many others, is caused by these toxic proteins, which cause progressive apoptotic cell death [3]. The discovery that hazardous proteins spread from cell to cell, causing dementia to develop, spurred a number of pre-clinical and clinical investigations to stop the spread of proteins using antibodies that can trap the proteins and kill them before they reach healthy neurons. This strategy is riddled with issues, such as the inability to arrest neurocognitive deterioration and cerebral edoema [4]. A unique therapeutic strategy that targets the destruction of neurotoxic proteins at the point of production in order to stop their secretion and spread depends on manipulating autophagy. This innovative approach fundamentally results in the destruction of harmful proteins and the unclogging of the cell's waste disposal system, protecting neuronal life through bulk digestion. The maintenance of neuronal survival preserves the quantity of neurotransmitters required for cognitive, motor, and other CNS functioning, alleviating symptoms and stopping neurodegeneration. Pulsatile autophagy may encourage protein degradation and offer an efficient diseasemodifying therapy for neurodegenerative illnesses because neurons are post-mitotic cells [5].

Tyrosine kinase inhibitors, such as those used to treat chronic myeloid leukaemia, have considerably increased life expectancies and quality of life in numerous cancers. Chromosomes 9 and 22 are translocated to generate the "Philadelphia" chromosome, which causes a constitutively active Breakpoint Cluster Region- Abelson tyrosine kinase to be expressed. This oncogenic protein promotes cell growth by turning on intracellular signalling pathways. Our lab looked into TKIs that trigger autophagy and are FDA-approved for treating CML, thereby drastically lowering the need for new research and development as well as associated costs. The non-receptor tyrosine kinase ABL is activated during neurodegeneration. Second generation BCRABL and SRC-ABL inhibitors, nilotinib and bosutinib, are used therapeutically for people with CML. The blood-brain barrier is crossed by a fraction of nilotinib and bosutinib, which inhibits ABL and promotes autophagic amyloid clearance. This results in neuroprotection and enhanced cognition and motor behaviour. The motor and cognitive function of mice treated with much lower doses of these medications significantly improves, and the levels of alpha-synuclein, beta-amyloid, tau, and TDP-43 are degraded without any signs of increased inflammation. 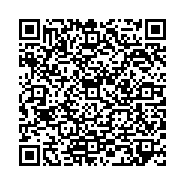