A glioma is a type of malignant brain tumour. A malignant tumour is a mass of abnormal cells that is cancerous [1]. Tumours can develop in any part of the brain or its nerves and covering tissues. The two major types of brain tumour are primary and secondary. Primary brain tumours start in the brain. Secondary brain tumours start in another part of the body, then spread to the brain [2,3]. A glioma is a primary brain tumour, accounting for 45% of cancers that begin in brain cells. The three main types of glioma include: astrocytoma, ependymoma, andoligodendroglioma. Each of these types can be assigned a grade, either low grade or high grade, with high grade being more malignant and aggressive [4].

Schiff bases have played an important role in the development of coordination chemistry since the late 19th century [5]. The metal complexes with Schiff bases have been widely investigated for their versatile structures and potential applications in the fields of medicine, catalyst, and magnetism [6,7]. Furthermore, nickel is one of the most important transition metal ions in biological systems and plays an important role in transport and activation of molecular oxygen [8]. In this work, two new Ni(II) complexes Py3NiL1 (1) and Py3NiL2 (2) (Figure 1) (Py=pyridine, L1=3,5- Cl2C6H2(O)C=NC6H3(O)-4-Cl, L2=3,5- Cl2C6H2(O)C=NC6H3(O)-4-NO2) were solvothermally prepared by employment of two different Base ligands and their antitumor activities was then evaluated. 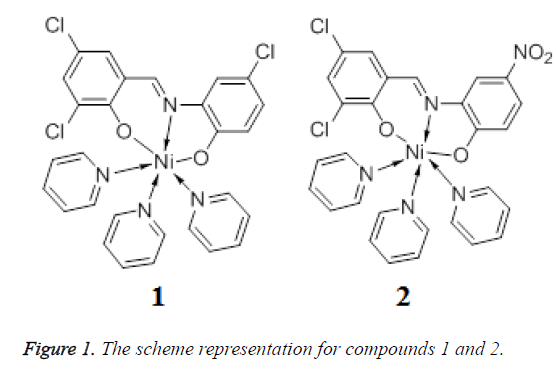 Figure 1. The scheme representation for compounds 1 and 2.

Suitable single crystals of compounds 1 and 2 were carefully selected under optical microscope and glued on thin glass fibers. The intensity data of 1 and 2 was collected on Oxford Xcalibur E diffractometer. The empirical absorption corrections were applied to the data using the SADABS system. This structure was solved by direct method and refined by full-matrix least-squares method on F2 using the SHELXS-97 program [10]. All non-hydrogen atoms of 1 and 2 were refined anistropically, and all the hydrogen atoms attached to carbon atoms were fixed at their ideal positions. Pertinent crystal data and structural refinement results for compounds 1 and 2 were summarized in Table 1.

Table 1. Crystal data and structure refinement for 1 and 2.

Three human glioma cells (U373, U251 and SHG44) were used for cytotoxicity test in vitro using the SRB (sulforhodamine B) assay. They were maintained as stocks in RPMI 1640 (Gibco) supplemented with 10% fetal bovine serum (Gibco). Cell cultures were passaged once or twice weekly by using trypsin-EDTA to detach the cells from their culture flasks. The rapidly growing cells were harvested, counted, and incubated at the appropriate concentration (1-2 × 104 cells/well) in 96-well plates. After incubation for 24 h, the compounds dissolved in culture medium were applied to the culture wells in triplicate and incubated for 48h at 37°C under 5% CO2/95% air atmosphere in a humidified incubator. The culture cells were fixed with 10% cold TCA and stained with 0.4% SRB dissolved in 1% acetic acid. After solubilizing the bound stain with 10 mM of unbuffered Trisma base solution (pH 10.5) using gyratory shaker, the absorbance at 520 nm was measured spectrophotometrically in a microplate reader. Cytotoxic activity was evaluated by measuring the concentration of a compound, which was required to inhibit the protein synthesis by 50% (IC50) and compared with that of aclacinomycin.

The crystal structure determined by single-crystal X-ray diffraction showed that 1 and 2 both crystallizes in the triclinic system, space group Pī. The asymmetric unit comprises one Ni(II) atom, three pyridine molecular, one 3,5- dichlorosalicylaldehyde-2-amino-4-chlorophenol (H2L1) or 3,5-dichlorosalicyde-2-amino-4-nitrophenol (H2L2) Schiff base respectively. 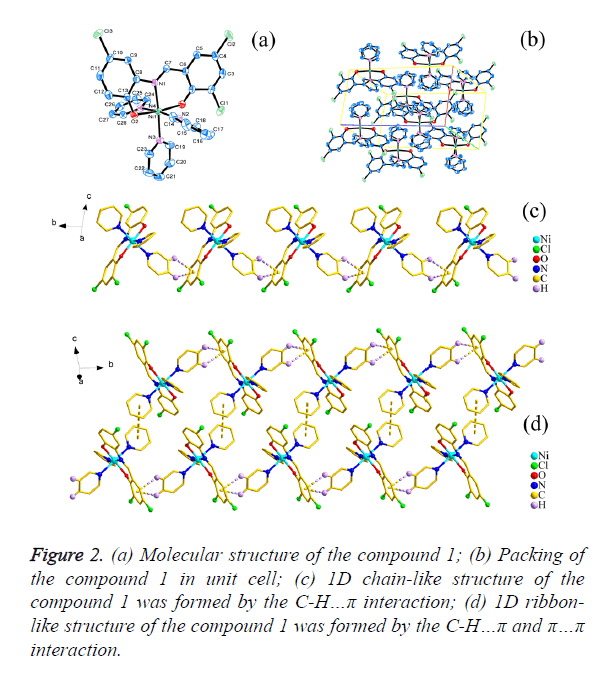 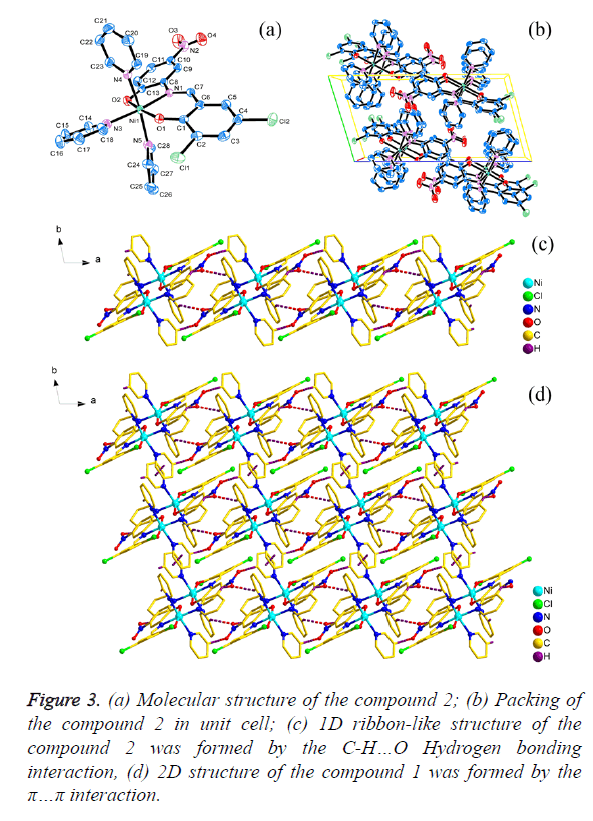 The in vitro cytotoxicities of Schiff ligands L1 and L2, Py and compounds 1 and 2 were evaluated in three human glioma cells (U373, U251 and SHG44) by the SRB (sulforhodamine B) method and the results are summarized in Table 2. Because of the IC50 values of L1, L2 and Py are all higher than those of aclacinomycin, we can conclude that the three compounds showed no antitumor activity. When organic ligands Py, Schiff bases L1 and L2 are in coordination with Ni ion respectively, the resulting compounds 1 and 2 showed significantly increased antitumor activity with the IC50 values of 1.12-4.10 μm, which are lower than those of aclacinomycin.

In conclusion, we successfully obtained two new Ni(II)- coordination compounds (1 and 2) by employing two different flexible Schiff base ligands. From the biological activity investigation, we can see that the antitumor activity of compounds 1 and 2 has been advanced greatly when organic ligands pyridine and Schiff bases are in coordination with Ni ion. However, additional studies are needed to define the mechanism underlying its antitumor activity and evaluate the correlations of its drug efficacy in vivo.