Transmesenteric internal hernia with sac and volvulus in a 7-month infant with multiple and recurrent episodes of abdominal pain and vomiting: A case report.

Background: Transmesenteric hernia is a rare cause of bowel obstruction, especially in children. Congenital etiologies of internal hernia are so rare that are usually published as case reports. With no previous history of trauma, surgery, it seems that trans mesenteric hernia in low ages is due to a congenital etiology. Generally, in congenital situation, the defect is in mesentery of ileum terminal, as was described in this case. Based on a classification that Armstrong et al. published in 2007, internal hernias are classified into three groups, based on the orifice. Transmesenteric hernia is in the group with the abnormal orifice due to "a congenital hole in a mesentery or a ligament. Case presentation: An infant is presented in this article, with the complaint of abdominal pain, vomiting, and abdominal distention. This infant had multiple and recurrent episodes of cramping abdominal pain and vomiting from neonatal period that were resolved after 1-2 hours itch time. Signs of bowel obstruction were detected in plain abdominal X-ray and abdomen ultrasonography, and the patient went under surgery. Transmesenteric internal hernia with hernia sac, accompanying with volvulus was seen after exploration. The patient was discharged in good condition. Conclusion: We must consider congenital internal hernia as a cause of intestinal obstruction in any case with episode of partial or complete intestinal obstruction however it isn’t very common but can be life threatening and lethal.

Internal hernia, a herniation of a viscus through an aperture within the peritoneal cavity, is a rare cause of bowel obstruction, with a mean incidence rate of 0.2% to 0.9% [1-3]. The most prevalent type of internal hernia is paraduodenal hernia. Other types include transmesenteric, supra and perivesical, intersigmoid, foramen of Winslow, and omental hernia. Transmesenteric hernia has no sac and consists of the protrusion of a bowel loop through an aperture in the mesentery [1]. The number of this hernia is increasing because of the surgical procedures in which Roux-en-Y loop are constructed, a predisposing factor to the development of internal hernia [4].

Transmesenteric hernia is a neglected cause of acute abdomen, which is almost always diagnosed during surgery [2,5,6]. In many cases it reported in autopsy [3]. The presentation also can be recurrent pain due to mesenteric ischemia, which is a frequent complication. Volvulus is the other important complication. In this article, the case of a patient is discussed, in whom the presence of congenital transmesenteric hernia with sac and volvulus was diagnosed during surgery.

A 7-month-old boy was admitted with the chief complaint of nausea and biliary vomiting. The patient had multiple and recurrent episode of abdominal pain and vomiting from neonatal period that were resolved after 1-2 hours. The resent symptoms were appeared from one day earlier. He was visited by a physician before referring to hospital, and metoclopramide was prescribed for him. Extrapyramidal reactions occurred after drug usage, including upward gaze and neck deformity. The latter symptoms were controlled by biperiden. There was no history of previous abdominal surgery. In clinical examination, a low-grade fever was detected. Blood pressure and heart rate were stable. The other positive point was a non-specific diffused abdominal tenderness and abdominal distension.

In the complete blood count, WBC count was 19530 with neutrophil percentage of 45%. Plain abdominal X-Ray showed the distension of stomach and duodenum, Also, small bowel loops were gasless in the mid portion of abdomen. Abdominal ultrasonography was performed in the next step. The result revealed the extreme distention of stomach and duodenal bulb with liquid. Also, mild thickening of Ileum wall and few enlarged mesenteric lymph nodes were reported. There was no evidence of intussusception. Based on the findings, the provisional diagnosis was midgut volvulus and the patient went under surgery.

Abdomen was explored with midline incision. A small bowel mass was found on the left side of abdomen in the sac of hernia. Bowel volvulus was seen. Bowel was untwisted, and the herniated small bowel brought out through the oval shaped defect. A large oval defect of 10 cm × 8 cm size was seen in terminal ileum mesentery about 12 cm proximal to ileocecal junction. After devolvulation, the color of the intestine appeared normal and no sign of necrosis was detected. The mesenteric defect was also repaired.

No surgical complications or evidence of obstruction and ischemia was occurred, and the patient was discharged from the hospital 7 days later in good clinical condition (Figure 1). 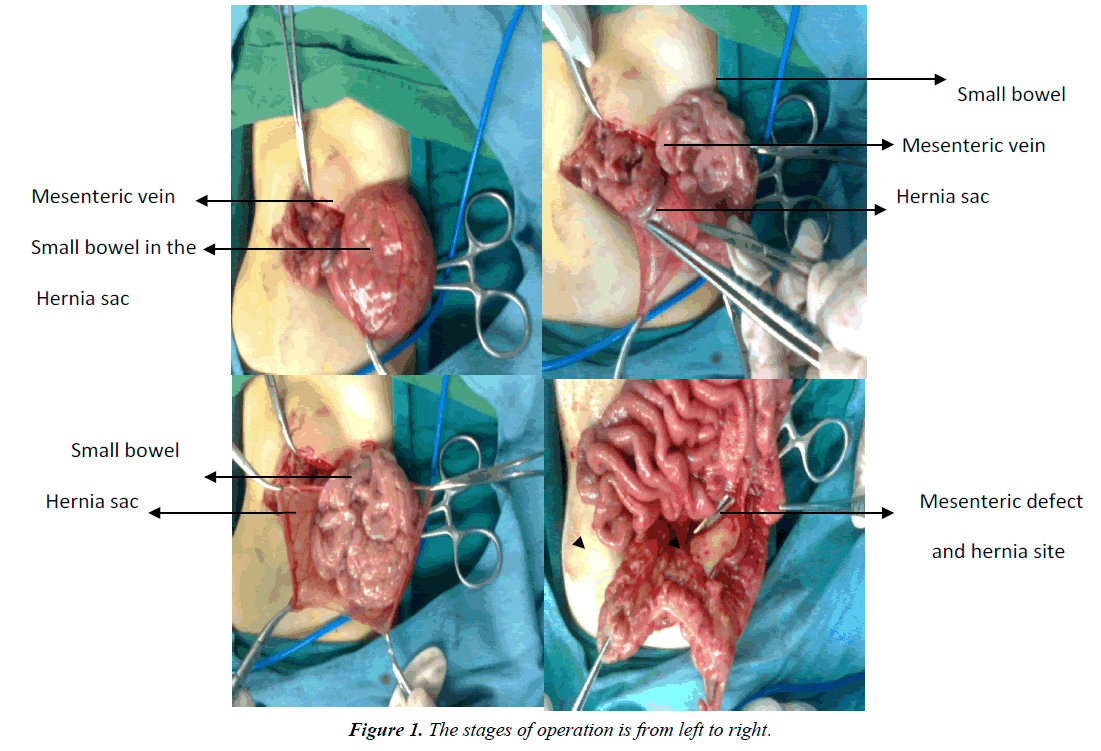 Figure 1: The stages of operation is from left to right.

Transmesenteric hernia is a rare cause of bowel obstruction, especially in children [6,7]. Other causes of intestinal obstructions in infants and neonates are atresia and stenosis of intestine [8], incarcerated inguinal hernia, Ladd’ band, anorectal malformations, malrotations, benign and malignant tumors of GI tract, adhesion bands, meckel’s diverticulum and duplications [9]. One of the most serious causes of intestinal obstruction is malrotation [10-12]. Intussusceptions is the most common cause of bowel obstruction between 3 months and 5 years of age [13] and it is one of the most common causes of intestinal obstruction in children in all ages group [11], in some reports it is reported as the most common causes of intestinal obstruction in infants and children [12] which was the first differential diagnosis in this patient and was ruled out by performing abdominal ultrasonography. Congenital etiologies of internal hernia are so rare that are usually published as case reports [5]. With no previous history of trauma, surgery or liver transplantation, it seems that transmesenteric hernia in low ages is due to a congenital etiology. Generally, in congenital situation, the defect is in mesentery of ileum terminal, as was described in this case. This is the place of thin and avascular fold of Treves [5,14,15]. Based on a classification that Armstrong et al. published in 2007 [14], internal hernias are classified into three groups, based on the orifice. Transmesenteric hernia is in the group with the abnormal orifice due to "a congenital hole in a mesentery or a ligament".

In 1836, Rokitansky reported the first case of transmesenteric hernia in an autopsy, which was a herniated cecum through an orifice near ileocolic angle [5,6]. Nearly all of the cases are diagnosed during surgery. This is because the signs and symptoms are nonspecific, including abdominal pain, nausea, vomiting, abdominal distention, periumbilical tenderness [2,3,16], which are mostly the symptoms of bowel obstruction. These symptoms might be intermittent. Furthermore, the rareness of this etiology and the emergency condition of acute abdomen are other reasons of not diagnosing transmesenteric hernia before operation. The patient might be asymptomatic, and the hernia might be discovered during other abdominal surgery accidentally [3].

There is no gold standard diagnostic imaging method for transmesenteric hernia. In plain abdominal X-ray, signs of obstruction including air-fluid levels, stepladder arrangement of small intestine, distended loops, and coffee bean sign could be seen. The latter sign is also in favor of sigmoid volvulus [2,17]. CT scan is recommended for diagnosing internal hernias [3,4,18]. Abnormal cluster of bowel loops may be detected along the periphery of the peritoneal cavity, which can displace the colon centrally [3,16,17]. Distended bowel loops, thickened bowel walls as a sign of incarceration, and congested and twisted mesenteric vascular pedicle are other findings [5,16]. CT scan findings have an average sensitivity of 63% and specificity of 76% for diagnosing transmesenteric hernia [4]. It must be considered that transmesenteric hernias, are not easy to detect in CT scan [4] and many cases of internal hernias were reported after surgery or autopsy [3], and CT scan may not diagnose the internal hernia [19]. Thus, negative imaging findings would not put aside surgery in the presence of clinical suspicion [19]. In this patient, CT scan was not performed because of the evidence of bowel obstruction and the need for emergent surgery. It seems that in the absence of signs, symptoms, and plain abdomen X-Ray findings which demonstrates an immediate surgical intervention, or when there is a doubt in the decision making, CT scan can help by suggesting a diagnosis or ruling out other pathologies.

Strangulation of the obstructed bowel, which can lead to bowel ischemia, is a dangerous complication of transmesenteric hernia which has a high rate of mortality and morbidity [2,3,5]. The other complication is volvulus [3]. Severe pain is a clue. Early diagnosis and laparotomy can prevent the lethal complication of ischemia [5].

In patients with small Bowel volvulus urgent surgery should be done for prevention of bowel necrosis [20]. In our case, the bowel was viable fortunately and no sign of ischemia or necrosis was detected. Volvulus was present in the other hand.

In conclusion, internal hernia is an uncommon cause of acute abdomen and transmesenteric hernia is an uncommon type of internal hernia. Due to the risk of strangulation, emergent surgical decision should be obtained. This situation is similar to the condition of the other causes of acute abdomen. Thus, not missing these patients is more important than getting to an exact diagnosis preoperatively. In the case of doubt in managing the patients, CT scan can be helpful for detection the signs which requires immediate action.